In its five years of existence, Montreal's Société-Orignal emerged as one of the best, most interesting food purveyors in Canada. Its products highlighted the singular terroir of this country – and Quebec in particular – showcasing such unusual fare as charcuterie made from sea urchin, hand-picked, slightly immature juniper berries, seal meat and wild mushrooms. Some of the best restaurants in the world were patrons, including Le Bernardin, Toqué! and Gramercy Tavern, as well as Canadian favourites such as Buca. But earlier this week, the company announced its closure. We got in touch with co-founder Alex Cruz to talk about the difficulties of profiting from artisanal food.

Why are you closing?

At first, the products we wanted to develop made farmers uncomfortable because they didn't know who would purchase it. But we believed in the products and felt there was a market for it. So we started that way. But after five years we brought things to the maximum that we could. The farmers make small margins, and for restaurants, the expenses are high. We're trying on one side to develop high-quality products, and we're trying on the other side to deal with the natural market. If you're the first one offering a vanguard proposition, you're the first one who gets killed.

Did you see a decline in demand from restaurants?

No. The restaurants have always supported us. It's the margins. It's part of this system where we ask farmers to be magicians. The price of food is going up, but only a very small amount of that is going to the reality of farming. Food prices are going up to create the structure of the grocery stores and the big purchasing groups. Fish factories, for example, are not equipped to do smaller quantities or higher quality, because the only way they are able to pay bills is by mass exportation.

So the system is not built to support the kind of ingredients you wanted to provide.

The food system in Canada, from our perspective, is made for exportation. Not to feed the locals.

How do you find all of these unknown and overlooked ingredients?

We surrounded ourselves with food scientists and fish biologists and people that specialize in gastro-tourism. I've been working with food historians, going through books, and learning. For example, molasses was a very important condiment of our history of food. How did molasses arrive in Canada? When you start learning, it gives you a time and a place. What is molasses? Maybe it's a flavour that we can improve. Maybe we can take wild violet sugar and make molasses. So all of a sudden we've created a new idea that fits into the recipes of our heritage.

What are some of the most fascinating ingredients you've come across?

I think that every ingredient has the potential of being unique. Every day, we were harvesting maple syrup by hand and every day we got a different taste profile. Then there is sea urchin. We took the gonads and made a type of charcuterie with it. People call it bottarga, but I prefer to call it salaison – cured sea urchin. Bottarga is Italian. It's like with pine mushrooms: Everyone calls them matsutake. If you call it matsutake, it's always going to have a Japanese reference, and I think that limits us. Here we speak French or English. And I believe we owe respect to a product that grows here if you're going to create a gastronomy that has a North American personality.

Everyone is talking about Société-Orignal's cultured butter, which will no longer be available. What was so special about that butter?

When you make butter, you have to use the freshest milk you can get, because it has more active bacteria. We were able to work with farmers within a 10-kilometre radius. So the milk was fresh from the day, within three or four hours. Then we would add bacteria to the milk. We tried more than 50 types of bacteria, and we chose the one that we preferred, and people seem to really like it. And the more it ages, the funkier it gets.

Are you getting calls from hoarders who want to stock up before everything is gone for good?

Yes, but unfortunately our stock is pretty much empty now. People have been really strong supporters, and it's an absolute privilege that we've had people with us since the beginning. I think we created some sort of an impact. We created a company with integrity.

Spirit rally: Canada’s distilleries are finally getting noticed (vodka with honey, anyone?)
March 1, 2016 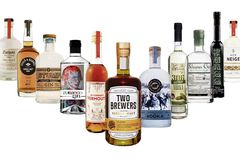 Wood in your Parmesan? Cheese is just the latest food forgery
February 23, 2016 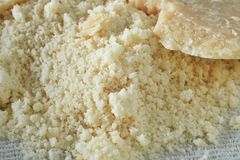 Can do: Some of the hottest chefs are cooking with food from tins
February 2, 2016 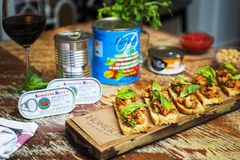