Curd belly. A condition resulting from opening a warm bag of fresh curds from Empire Cheese and finding yourself on a salty, squeaky binge. You reach into the bag, telling yourself you'll eat "just a couple" until their springy, supple texture conquers your willpower.

It has taken a decade, but I've learned to (slightly) rein in my curd addiction when my husband and I visit his hometown of Campbellford, Ont., where the Empire Cheese and Butter Co-Op is located. I typically numb my craving by nibbling on one of their award-winning cheddars instead. Though I appreciate the complexity of the aged cheddar, I am a devotee of their mild marble. Its youth (aged only up to three months) showcases some of the same qualities that I love in the curd – a creamy, buttery flavour. This rich quality comes from the fact that Empire does not separate the cream from their milk; it goes straight into the final product.

The great flavour is also attributed to doing things "the old-fashioned way," general manager Jack Oliver says. Empire still uses the traditional open-vat method that allows cheese maker Mark Erwin to monitor each vat individually to make critical timing decisions, such as determining when the curd is ready to be cut. "He calls it on every vat and each vat can be a little different," Mr. Oliver says.

The first Empire Cheese factory was built in the 1870s and the co-op was formed in 1953 with 44 dairy farmers, though today that number is down to nine. Aside from its regular cheddar line, Empire makes a number of flavoured cheeses, including horseradish, jalepeno and caramelized onion. This spring, they partnered with Mrs. McGarrigle's (a fine-food shop in Merrickville, Ont., that produces a line of handmade, award-winning mustards) to create two new products: a medium cheddar made with Canadian Maple Mustard and an old cheddar made with Hot Whisky Mustard.

As Mrs. McGarrigle's owner Janet Campbell explains, the idea for the collaboration sprang up naturally. "In our retail store, we carry the Empire cheddars and we also carry a Scottish cheddar made with whisky. I thought, their cheese is just as good, why don't we do this locally?"

The process took some experimentation (and much taste testing on both ends) with the ideal pairings resulting in a milder, medium cheddar (aged six months) combined with the sweet maple mustard and the stronger cheddar (aged one year) paired with the more powerful hot whisky mustard. The whisky in the mustard is also a local product, made by Forty Creek Whisky in Grimsby, Ont.

Both cheddars are well balanced: Their characteristic full flavours carry the tangy mustard notes smoothly. I found the mellow sweetness of the Maple Mustard Cheddar (with its crunch of mustard seeds) a great snacking or cheeseboard choice. The Hot Whisky Cheddar has a bigger, mouth-filling flavour and stronger finish. There's more of a bite in the aged cheddar that complements the stronger Hot Whisky Mustard notes. I love this spicy, tangy cheese for melting or sliced into a sandwich with shaved ham, and pickles on the side.

The Maple Mustard and Hot Whisky cheddars are still in limited release, but can be found at the Empire Cheese store or Mrs. McGarrigle's Fine Food Shop. For more information on other retailers, contact Empire at www.empirecheese.ca or Mrs. McGarrigles at www.mustard.ca

And pick me up some curd if you go. I swear, I'll only eat a couple of pieces. 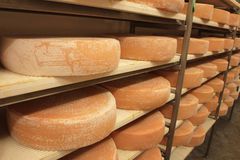 When honey met butter, this delicious spread was born
July 24, 2012 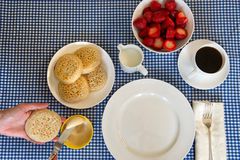 Take a break from Philly and try this artisanal cream cheese
June 12, 2012 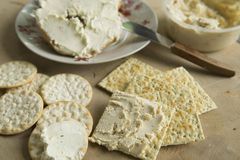