Beauty is in the eye of the beholder and it's often said that we eat with our eyes first, but there's a move under way to wean us off our dependence on conventionally pretty fruit and vegetables.

That perfectly red, ripe tomato may look nice, but once it's sliced into a salad or tossed into a pasta it will taste no different from its warped, variegated neighbour.

The increased interest in heirloom and heritage-breed fruits and vegetables – stubby melons, wan-looking carrots, black corn – has helped consumers come to terms with ingredients that look a little out of the ordinary. The increased popularity of fruit stands and farmers' markets has also exposed shoppers to the sometimes homely realities of farm-fresh produce.

Sensible chefs have been saving money for years by utilizing the produce that their farmers aren't able to sell to markets: ugly food.

"I tell my farmers to keep all of their perfect things and take those to market where they can make their money," says Derek Dammann of Maison Publique in Montreal.

"I want to buy their overgrown, ugly vegetables, their twisted peppers that are half green, half red, overgrown swiss chard, because in a restaurant situation it's more economical," he says.

"The farmer wins, too, because he gets to sell the stuff people normally won't buy because they don't see it as a valuable thing because it doesn't look perfect, but they're also selling their perfect ones and getting organic prices for that. In a restaurant you're processing this stuff, anyway."

This sensible and environmentally responsible way of approaching food is now moving out of professional kitchens and becoming available to everyday consumers. A difficult growing season in 2012 that resulted in a nearly 25-per-cent drop in total crop production yield in Britain inspired the Sainsbury's chain of grocery stores to use frumpy fruits and vegetables in its prepared foods and baked goods.

Shoppers at Billa stores in Austria can choose "Wunderling" produce that includes misshapen carrots, bulbous cucumbers and twinned potatoes. Swiss market leader Coop also offers a line called "Unique" with discounts of up to 60 per cent off the price of blemish-free produce.

Perhaps the most radical move toward normalizing ugly fruits and vegetables is coming from former Trader Joe's president Doug Rauch who will launch the Daily Table, a store specializing in expired foods, in Dorchester, Mass., in May.

In an effort to help combat the global loss of an estimated 1.3 billion tons of wasted food per year (according to a 2011 study by the Food and Agriculture Organization of the United Nations) the store will take tax-deductible food donations from other grocery stores and offer pre-made meals from those same ingredients at prices on par with fast-food restaurants.

Slightly damaged and cosmetically blemished fresh fruit and vegetables will also be available, according to Rauch. The store in Dorchester is a test ground and if successful, the concept could be rolled out across the country.

Canadian grocers haven't been as quick to embrace the idea on a large scale, but at small, independent retailers like Le Marché St. George in Vancouver the idea's catching on.

"Last fall we got in 300 pounds of wind-fallen heirloom apples," owner Janaki Larsen says. "They are delicious. They don't look perfect, but really there's nothing wrong with them. I actually prefer them, it's real, that's what they look like."

The Marché's small size and loyal customers mean that throughout the season they can stock produce grown in the neighbourhood's backyards.

"One of our neighbours has five Italian plum trees," Janaki explains, "and he hates them, so we sell them here." At different times of the year they'll carry scarlet runner beans, Asian pears, quince, raspberries from different neighbours. They don't always look perfect, but they couldn't be more local.

Maybe our embrace of ugly fruit and vegetables is just a natural extension of the nose-to-tail movement that seeks to utilize more of the animal than just its glamour cuts, or perhaps we're embracing the aesthetic spirit of wabi-sabi and reveling in the melancholic longing inspired by transient imperfection.

Most likely, though, it's a sensible way to use more of what we produce while saving a bit of money. 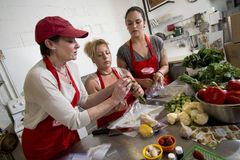 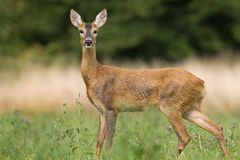 Fascination with fermentation puts new twist on old flavours
May 27, 2014 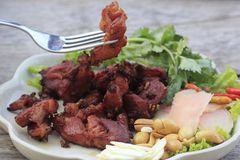 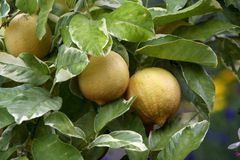 Delicious or diabolical, street food ramps up
May 20, 2014 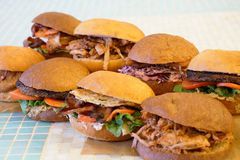