Why not be adventurous in the kitchen, open to trying new cuisines and ideas? The backbone of many of these modern recipes – and the key to culinary success – is the use of spicing, some of which might be new to you. But how do we change our spice cupboards to keep up with our evolving tastes?

First, throw out all ground spices that are more than nine months old. They lose their pungency. Instead, buy spices in small amounts and repurchase as needed. Whole spices last about a year.

Light and heat can destroy spices. Rather than glass jars, I buy and label little tin containers and store them in a cupboard, out of the light and away from the stove. If you buy glass jars decant them into containers.

Look for quality products – there are differences in taste. To buy spices in small quantities, go to the spice shops such as the Spice Trader in Toronto, or Indian or Middle Eastern stores in your city.

Whole spices are always better quality, so invest in a spice grinder, or pull out the coffee mill you haven't used since you switched to pods. In desperation, grate whole spices on a microplane.

The following 25 spices, with a few herbs thrown in, will see you through most recipes and enable you to cook up a variety of cuisines.

There are dried herbs to include but only use in the winter when fresh are not available and buy only whole leaves, not ground.

A properly equipped spice cupboard is an investment, but it will pay off with flavours that rise above the norm.

Need some advice about kitchen life and entertaining? Send your questions tolwaverman@globeandmail.com. 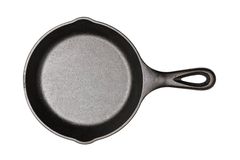 Love chocolate? Here’s what you need to know about baking with it
February 7, 2018 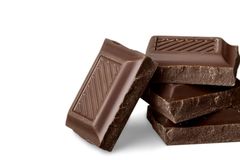 Follow Lucy Waverman on Twitter @lucywaverman
Report an error Editorial code of conduct
Due to technical reasons, we have temporarily removed commenting from our articles. We hope to have this fixed soon. Thank you for your patience. If you are looking to give feedback on our new site, please send it along to feedback@globeandmail.com. If you want to write a letter to the editor, please forward to letters@globeandmail.com.
Comments are closed