Have you detected nuances in wine that struck you as coming from a place other than a vineyard? Things like kerosene, pencil lead, lavender or licorice? Welcome to the club; you're an official wine bore. I know I'm one because, at the risk of being accused of flavour stereotyping, I occasionally find some Italian wines taste like salami.

I jotted the word down recently while sampling a red from the southern Puglia region, Rivera Cappellaccio Riserva Aglianico 2005, released this week in Ontario Vintages stores. There's no cured meat in the wine, of course. Nor had I just scarfed down a Calabrese sandwich. (It was morning and I'm a Shredded Wheat man.)

Complex aromatics in fermented grapes can align into molecular configurations that, to the nose, mouth and brain, suggest something other than fruit. It's usually an olfactory illusion that draws on our deep biases, like spotting patterns in clouds or a Rorschach inkblot. But in some cases the connection is literal, as in a "buttery" chardonnay that contains lactic acid, the stuff that gives churned cream its flavour.

Aglianico (the g is silent) grows almost exclusively in the Italian south. It's an ancient variety, the name a phonetic bastardization of ellenico, or Hellenic. Increasingly fashionable among wine enthusiasts, the grape exudes two qualities that will likely prevent it from ever being what I'd call a crowd-pleaser, astringent tannins and sharp acidity. It is, shall we say, an acquired taste.

In addition to its long cellaring potential of up to 20 years, aglianico is all the rage among the grape in-crowd because it can telegraph complexity in the form of savoury flavours. It's robust and often sweaty, suggesting old leather, herbs and, yes, cured meat, especially after a few years in bottle.

The vine flourishes in its historic homeland of Campania, the region south of Rome that includes Naples. But there are fine examples grown all over the south, including Puglia, the heel of Italy's boot.

The bottle of Rivera Cappellaccio 2005 I tasted also gave off a whiff of Band-Aid, the plastic medicinal smell that mothers of active five-year-olds know well. I suspect it was due to brettanomyces, a yeast found in some wines and beers. In small doses it's considered by some experts, notably old-school winemakers in Europe, to be pleasant.

The celebrated reds of Château de Beaucastel in France and Château Musar in Lebanon wear their "brett" proudly, like expensive cologne. As with cologne, though, too much is considered a no-no. I found the Rivera Cappellaccio's Band-Aid to be within the acceptable limit and made the wine taste - as brett can - slightly older than its stated age.

At the table, Aglianico pairs well with hearty meats, such as game and braised beef. It also stands up nicely to charcuterie. At a tasting two years ago at Mastroberardino, the most distinguished aglianico producer in Campania, staff laid on a glorious spread of cold cuts and cheese. In Italy, even professional tastings often are accompanied by snacks because wine there is all but irrelevant in the absence of food.

The Rivera Cappellaccio is one of several medium-full- and full-bodied reds that inspired some savoury adjectives in my notebook lately. I hope you like them as much as I do.

Paul Hobbs once crafted the illustrious trophy wines of Opus One as well as Simi, both in California. He's consulted to such top estates as Peter Michael in Sonoma and Catena Zapata in Argentina and now has a couple of his own labels, including Vina Cobos in Argentina. Made from Napa Valley grapes, this effort is round and velvety, with plenty of ripe fruit but also a savoury edge. Think eucalyptus. And think of serving it with roast beef or steak. The equally good 2005 vintage is available in British Columbia for $49.99.

Rich, smooth and succulent, this beauty from the Jumilla district is a blend of 92-per-cent monastrell (better known as mourvèdre) with grenache. Monastrell provides tannic firmness and a gamey flavour, while grenache adds fruit and softness. Toeing the line nicely between fruity and savoury flavours, it's like munching on pepper-dusted blackberries in a herb garden. Do the math: It's a steal. Game or braised red meats would do it proud.

The name is inspired by the blend, mostly petite sirah with a dollop of petit verdot. It's also tongue-in-cheek, as the cute graphic of two circus elephants on the label, the "pachyderm brothers," drives home. Both grapes tend to make dense, superrich reds. In addition to the intense dark-fruit flavour carried by the elephantine but unclumsy 15-per-cent alcohol, this wine called to mind a combination that would be at home on the menu of molecular chef Ferran Adria, bacon-wrapped dark chocolate. Spice and solid acidity keep it lively. I'd love to try it with seared duck breast or rare beef tenderloin.

The McLaren Vale region can yield deliciously peppery shirazes, and that's the case here. Rich in flavour and smooth in texture, with succulent blackberry-like fruit, it shows toned muscle without the flab of some hotter-climate shirazes thanks to the peppercorn quality and tight acidity. The price is discounted to $17.95 in Ontario until April 24. In British Columbia, you'll have to fork over $24.99, still not unreasonable.

The dominant flavour here is cherry, but it's the other stuff that gets the heart racing, such as the subtle aromas of horse stable, plastic bandages and salami. Pair it with braised beef or the cheese course.

Rosso Conero is a wine district in the central Marche region that relies on the montepulciano grape, a sort of kissing cousin to the sangiovese of Chianti. This example (Umani RON-key, not "raunchy") oozes dark fruit and, yes, salami. Astringent tannins stick to the mouth like peanut butter, balanced by mouthwatering acidity on the finish. It would be splendid with rare, herb-crusted steak.

Bitter chocolate, herbs and baking spices - it's almost tempting to use this wine for cooking rather than drinking. Almost. Fans of affordable malbec will find a richer experience in this refined, complex and ripe offering. It would pair nicely with grilled beef.

A blend of syrah with the indigenous Greek grape agiorgitiko, it serves up an uncanny flavour of cherry with a faint scent of cabbage and, here it comes again, Band-Aid.

Some quality wines that won't break the bank
March 1, 2011 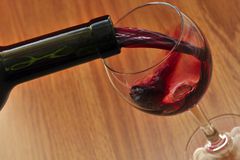 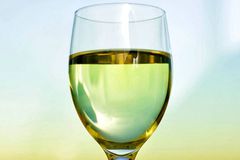