Between high-modernist cocktail techniques, buggy beers, fast-aging cheater spirits and a thriving campaign for the return of pre-modern, fresh and natural wine, we are certainly living in an age of extremes.

It may seem like the drinks industry is heading madly off in all directions. In fact, the trends can be roughly divided into two basic philosophies – those who oppose intervention and those who can't stop tweaking. Some of the methods involve new, high-tech gadgets, but many, like the ones currently embraced by the beer industry, are actually as old as the hills.

"In terms of going into winter 2017, we're looking at barrels and bugs," says Stephen Beaumont, whose book, Best Beers, co-authored with Tim Webb, was released on Nov. 7. He's referring to the rising practice of barrel-aging and deliberately infecting beer with bacteria and wild yeasts, both of which are traditional methods in beer havens like Belgium. "It's almost difficult to find a brewery in Canada these days without a few barrels stuck into a corner somewhere, most often ex-whisky barrels. And these are the types of beers that breweries want to release around the holiday period because they're winter warmers; they're strong, intense and, at their best, they have this wonderful complexity."

The aging bug has also infected whisky blenders and spirits enthusiasts with the releases of special rare, long-aged Canadian whiskies, including a 35-year-old Wiser's and a Canadian Club 40-year-old, which were snapped up by panicked collectors with a zeal normally reserved for bourbon releases or whiskies dubbed "Whisky of the Year" by controversial spirits writer Jim Murray.

Murray's 2018 Whisky Bible has awarded high points (94) to Lost Spirits Abomination, a peated spirit from California that many would consider a cheat, since it was "aged" in a biochemical reactor for about a week, instead of the years of resting in oak usually required for the wood to impart its caramel and vanilla flavour notes.

Purists will object, of course, but it's getting harder and harder to find old-fashioned types behind the bar, where modernist gadgets are taking over the space formerly occupied by 19th-century bar tools. Bartenders are using acids in lieu of limes and lemons, adopting gadgets for dehydrating and compressing fruits and, now, centrifuges, which are used for clarifying fruit juice. Clarified punches and daiquiris are hitting cocktail bar menus across the country and, while some are being made according to an old, painstaking clarified punch method that dates back to the 1700s, others are playing around with the Spinzall, a new kitchen centrifuge.

Firmly in the other camp are the cool wine kids, who are increasingly turning their noses at any and all intervention, be it foreign yeasts, additives, reverse osmosis and minimal barrel aging. And, as Maple Leaf Sports Entertainment's top sommelier, Anne Martin, explains, it's high time we started taking their advice, even for our seasonal gatherings, which are typically marked by people dusting off the rich, bold, well-aged vintages from the cellar.

"Natural and sustainable wine is really where the heart of the business is beating right now," says Martin, "And we're starting to see a lot of requests, from wine lovers who want to know what the somms are drinking. But those who make the switch do it because these wines are more vibrant and, usually, lower in alcohol, which is great because you can drink more."

They're also really food friendly, says Martin – even with turkey. "They're more versatile," she says. "They're often higher in acidity than the strong, oaky, wines that people buy this time of year. But a lot of those weighty wines don't really work with most food. Most of them actually really only go with steak."

Gift ideas and hosting tips to satisfy any drinks enthusiast

For the cocktail enthusiast who has everything, there's a new gadget in town – the Spinzall, a smaller and quieter alternative to a lab centrifuge. At $799 (U.S.), you have to really like clarified Daiquiris to justify it, but the fact that it also has culinary applications might nudge it over into must-have territory. Available through www.modernistpantry.com.

Every home bar has a bookshelf, which, as of this season, will be incomplete if it lacks Meehan's Cocktail Manual, the follow-up to Jim Meehan's recipe-heavy PDT Cocktail Book. In addition to plenty of new recipes, it provides some deeper context for understanding how to balance perfect cocktails.

After many years of drinks getting garnished with the ubiquitous citrus twist, dehydrated fruit threatens to take top spot for most-used cocktail topper. Home enthusiasts can skip the fancy gadgets, so long as they happen to own an oven. Just slice the fruit into thin pinwheels, lay them out on a baking sheet and cook low and slow.

Almost every well-known winemaker is moving away from intervention and starting to produce fresher and lighter-bodied wines. They can still be hard to find on-shelf, so look to local producers or importers to lock down interesting expressions, such as pet-nat (pétillant naturel), much of which pairs perfectly with turkey and other fowl. Traynor Estates, with its red, white and orange pet-nat expressions, is a great Canadian example.

Cameron's Where the Buffalo Roam barley wine just won a World Beer Award for best pale ale and, according to beer writer Stephen Beaumont, it's well deserved. He describes it as "marvellously complex," thanks to all the time this strong ale spent in ex-bourbon casks from Kentucky's Buffalo Trace distillery.

Ten pricey wines for someone special (even you)
November 9, 2017 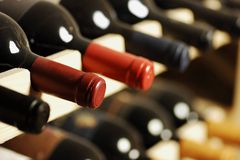 The history behind the fruit supplier to Niagara’s best wineries
October 19, 2017 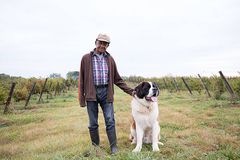 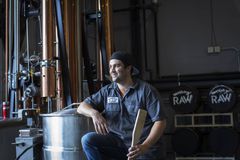