The stars seem to be aligning for South African wine. Exports have enjoyed a good spike, laudatory reviews from international critics are pouring in and outside investment continues apace. For a country with 356 years of wine-making history, success by modern global standards has taken long enough. But South Africa had, of course, a unique obstacle to overcome.

In the two decades following apartheid's collapse, the country scrambled to find a footing in international markets. It settled where it could, mainly on the bargain-basement shelves of such receptive countries as England, Sweden and Canada. Decades of trade isolation and near-zero foreign investment had hobbled the industry, leaving it largely a supplier of cheap, gluggable fare.

The watershed year, if it indeed turns out to be just that, came in 2013. France was reeling from a poor crop in 2012, its smallest in two decades. Bulk wine sold in containers (destined for bottling or blending in foreign markets) was in demand, and Cape producers rushed to fill the void. At the same time, higher-priced bottled wines gained ground as the rand remained low against many other currencies. The happy scenario added up to an export surge of more than 25 per cent in a single year.

A well-timed marketing push by the industry also bore fruit, yielding favourable press articles from influential critics drawn to the country on all-expenses-paid junkets. (Traditionally, those trips have included detours to game reserves, and there's nothing like an up-close-and-personal iPhone shot of a wild beast to keep a journalist's "wine" memories alive.)

This all took place against an evolving backdrop of good news that has recently helped bring South Africa to light for wine consumers not fortunate enough to spot a white rhino outside a zoo. The outside gurus have been descending on the country, taking their smart-money wallets and attendant media buzz with them. Charles Banks, an American businessman noted for co-purchasing California's most famous cult wine brand, Screaming Eagle, in 2006 (he later sold his share but is active in other properties), was so impressed with South Africa's signature white grape, chenin blanc, that he snapped up two great wineries, Fable Mountain Vineyards and Mulderbosch. Among the latest endorsements: Virgin Group mogul Sir Richard Branson bought Mont Rochelle.

And there's been fresh and fascinating activity in the once-obscure Swartland region thanks to mostly young producers who've set about nurturing precious old vines, recrafting the area's image from a virtual backwater into a sort of African analogue to France's southern Rhône Valley, with such grapes as syrah, grenache and mourvèdre among the compelling warm-climate stars. The phenomenon has been dubbed locally as the Swartland Revolution, after the name of a new annual festival. "They've created news and buzz about their wines," Siobhan Thompson, chief executive officer of Wines of South Africa, a marketing and export body, told me over the phone from Stellenbosch. "That's what consumers want."

We also want value, of course, and South Africa – notwithstanding the elephant-sized investments of its foreign big-game hunters – fortunately still delivers plenty. There's a South African promotion on this month at Ontario LCBO stores, with a few discounts on offer as well as a draw to win an $8,000 trip for two to the Cape (details here). Imagine: If you win, you could venture off to a game reserve for an exotic sight, a wine journalist taking a selfie next to a white rhino.

This ever-reliable red blend is made in Swartland by quality producer Boekenhoutskloof, whose chief winemaker, Marc Kent, was a pioneer of that region's recent quality rise. Boekenhout (pronounced BOO K-enhowed) is a beech tree prized by furniture makers, and the full name means "ravine of the beech tree." Vines have taken over from lumber at the farm in Franschhoek Valley, and The Wolftrap series from Swartland delivers a smooth yet spicy profile like the Rhone Valley reds after which it's modelled. Expect some wild herbs and charred-meat flavours along with supple berries and chewy tannins. Great for grilled sausages. On sale for $12.95 in Ontario till March 1, $14.99 in B.C., various prices in Alta., $14.19 in Sask., $13.99 in Man., $16.80 in Que., $15.99 in N.S., $15.78 in Nfld

I wish those Cherry Blossom treats at the candy store came in dark, versus milk, chocolate. Maybe they'll make one eventually and stoke their profits with my paycheque. For now I at least have this wine. That's partly what it tastes like, bitter cocoa infused with syrupy cherry. Full-bodied, spicy and chunky, it's a blend of shiraz, petit verdot, cabernet sauvignon, merlot, grenache and cabernet franc. There's also a hint of tire patch in there, as though Justin Bieber were burning Lamborghini rubber in Miami to get to the candy store. Match it with hearty, game dishes, like venison stew, or with charred beef or lamb. $19.99 in B.C., $20 in Alta. (approximately), $14.50 in Man.

Like many other wine properties in South Africa, Boschendal likes to quaintly call itself a farm. It's as a farm, though not necessarily a going wine concern, that the property is reported to have been established in 1685, hence the name of this fine bottling. The wine will please fans of oaky chardonnay, with its soft tropical fruit and peach preserves, note of butter and burnt-toast overtone, framed well by bright acidity. Ideal for creamy soups, fish sautéed in butter and steamed lobster. $17.30 in Que.

A big Valentine chocolate-kiss of a red, this smooth, rich red from a district bordering trendy Swartland offers up cassis and cherry fruit supported by vanilla and luscious cocoa. Sticky but pleasantly supple tannins provide structure. Good for beef roasts. Available in Ontario.

The fashion in South Africa is to call syrah "shiraz," the grape's alternative moniker common in Australia. But this tastes as much like French syrah as something from the southern hemisphere. Full-bodied and plummy, it shows big raspberry and pepper notes supported by licorice and chocolate. Perfect for gamy meats. $16.99 in B.C., various prices in Alta., $19.75 in Sask., $17.85 in Que.

May I interest you in bacon? Salami? Big Oak may be the name, but this red blend of shiraz and cabernet sauvignon from producer Bellingham tastes a little like Big Pork. In a good way, mind you. (Is there any other way?) The cured meat starts on the nose and is joined on the palate by soft, smooth berry fruit, spice and juicy acidity. Try it with pork chops. On sale for $10.80 in Ontario till March 1, $14.70 in Nfld

Raise a glass to Valentine’s Day with these sparkling wines
February 5, 2015 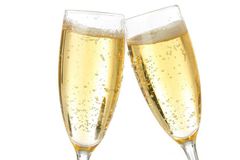 We’ve all heard of comfort food – time to try some comfort wines
January 29, 2015 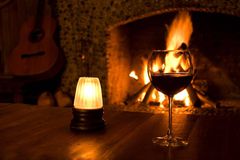 Looking for value wines? Try the lesser-known regions of this country
January 22, 2015 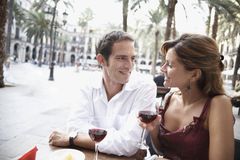