Talk long enough to just about any passionate winemaker and there's a strong probability you'll hear the word "terroir" during your conversation. It's the French conceit designed to capture the widely held belief that the best wines reflect the soils and climate of a particular place. Terroir can have a powerful effect on grape development, unless you're producing mass-market juice from vast vineyard expanses on an industrial scale, or torquing the end product with fancy chemistry to arrive at a more anonymous, commercial style.

In Nova Scotia's small but impressively evolving wine industry, there's an equally evocative and uniquely local term for much the same thing: Tidal Bay. It's the brand name, essentially, of the province's new signature white wines, light-bodied and crafted in a moderately sweet style that's designed to complement the bracing grape acidity characteristic of its relatively cool climate. Think of it as a regional appellation similar to, say, Sancerre in France or Soave in Italy, intended to arouse certain flavour expectations among consumers.

The name – subtly and smartly regional – is a reference to the Bay of Fundy, whose dramatic daily tides pull in warm currents that moderate inland temperatures, helping to ripen grapes in a province that was once erroneously considered too cold for quality wine production. By global vine-growing standards, Nova Scotia's climate may indeed be considered marginal, but cool nights offer an advantage. Low evening temperatures preserve grape acids, which not only balance the sugar in Tidal Bay whites but also add electric tension to the province's emerging dry rieslings and pinot noirs, among other wines.

To qualify for rights to use the Tidal Bay name on labels, producers must rely on certain authorized grapes, most notably cold-resistant l'acadie, and conform to other standards, such as moderate alcohol of around 11 per cent and an aromatic flavour profile not unlike, in my opinion, the fine, grapy-floral moscatos of Italy. And the wines must earn thumbs up from an independent panel of judges composed of professional sommeliers, wine critics and wine-industry retailers.

Launched on a small scale in 2011, the appellation has grown to include 12 producers this year, accounting for most of Nova Scotia's 20 commercial wineries. (I've included my top picks below from the current 2014 vintage, virtually all available only at retail in Nova Scotia, though some wineries will ship to certain other provinces). I wish they were more affordable, but it costs money to tend low-yielding vines at small-scale wineries in Nova Scotia. These beverages are tailor-made for plump, simply adorned shellfish, though the off-dry to medium-sweet character lends equally well to grilled pork, light curries and other moderately spicy and fragrant Asian fare.

At Avondale Sky, a winery next to the Avon River near the Bay of Fundy, owner Stewart Creaser views the Tidal Bay appellation as not only a calling card for Nova Scotia producers but also a beneficial challenge for the local industry. "If wineries are striving to produce the quality that's required to use the Tidal Bay name, it's helping them to raise the bar for all the wines that they make," he says. In other words, a rising tide lifts all boats.

Reminiscent of the trademark sauvignon blancs of another coolclimate land, New Zealand, this is ambitiously complex, painting a pastoral picture of grass and flowers with a pitcher of lemon-lime punch in the foreground. Perfectly tuned acidity and relatively dry for the Tidal Bay style. Ideal for young cheeses and shrimp on the barbecue. For more information, visit www.avondalesky.com.

There's a subtly cloudy whirlpool of bubbles as you pour, a sign you're in for something lively. Off-dry but clean as an ocean spray, this is refined and elegant, with a vein of chalky minerality running through flavours of green apple and lemon. Imagine Muscadet and Sancerre crossed with gently spritzy vinho verde. Pass the plate of raw oysters. For more information, visit www.benjaminbridge.com.

Rounded and sweeter than off-dry, it's redolent of apple sauce and red apple dusted with lemon zest. Autumnal yet still fresh. A fine match for spicy steamed mussels. For more information, visit www.devoniancoast.ca.

Satisfying weight for the Tidal Bay style, though still refreshingly light, this delivers a core of white table grape similar to moscato in a medium-dry package, lifted by lime zest and – praise be – an almost spritzy quality. Perfect as an aperitif. For more information, visit www.grandprewines.ns.ca.

On the sweet side, at just 10.2-percent alcohol, this exhibits a brilliant sugar-acid tension, brimming with crisp peach, muscat grape and green apple fruit along with grass and a maritime saline quality. McCain Extra Crispy Spicy fries, anyone? For more information, visit www.blomidonwine.ca.

Grown organically, this small-lot offering from an ambitious, though tiny, Nova Scotia estate seems to strive for smoothness and weight while toeing the crisp Tidal Bay appellation standard. Chalky minerality on the nose leads to flavours of apple, citrus and subtle pineapple, carried to a medium-dry finish. A touch of uplifting spritz might have been nice here, but the profile should pair well with roast pork or turkey. For more information, visit www.lightfootandwolfvillewines.com.

Pete Luckett, an England native, earned his culinary fame in Eastern Canada with his small chain of upscale grocery stores called Pete's Frootique. He's in the Nova Scotia wine game now and has produced a 2014 Tidal Bay white redolent of the fresh fruit in his stores. Plump and silky, it's off-dry, with peach and orange characters, a seamless texture and, for the style, relatively tame acidity. For more information, visit www.luckettvineyards.com.

Red alert: Get the best South American bottle for your buck
September 30, 2015 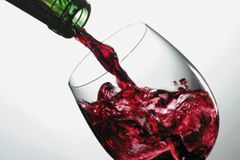 Which countries’ wines have the least amount of pesticides?
September 23, 2015 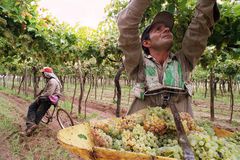 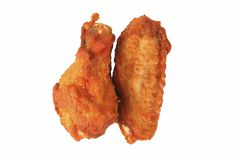