It's not all hedonism and good cheer here on the booze beat despite what my jealous newsroom colleagues think. I've got my share of picayune grievances. I've got first-world problems like the next guy. As in disappointing restaurant service and the continuing proliferation of cork-tainted wine. Yet I try my best to look on the bright side because, in the end, I'm not as sour as all those trendy lambic-style craft brews I can't seem to run away from fast enough. When I spot encouraging trends I take heart that my glass is mostly full even if it sometimes seems half empty. (I was never great at fractions. Or at pouring.)

The curtain's drawing on another year and I'm taking stock. Won't you join me for a few jeers and cheers by the fire with a glass of overtaxed Canadian rye?

I'd rather drink tepid beer and I'm not even British. Nothing can improve the flavour of a red – not fancy glassware, not good food, not even scintillating company – more than chilling it to below room temperature by at least a few degrees. Expensive restaurants that take pride in serving steak or pizza sizzling hot but send out 24 C Beaujolais should invest in a bottle fridge.

Cheers to cava and Beaujolais cru

They're underappreciated and, therefore, underpriced. Think of these wines as smart-money alternatives to prosecco and pinot noir. Or think of them as trends waiting to happen.

Dumb name. Boring concept. Craft brewers, who had put bold flavour back in our mugs with old-school techniques and no-holds-barred experimentation, suddenly realized they could sell more beer if they made it lighter and less filling. Enter the easy-drinking brew that could be consumed pint after pint in an hours-long "session" at the pub. Now, I know, there are laudable styles that are traditionally low in alcohol, such as farmhouse saisons and British bitters. But wimpy West Coast IPAs? Big yawn. Whatever happened to drinking less but better? By the way, we've seen this movie before. It was called Miller Lite, the mid-1970s phenom that got the industrial-light-beer freight train rolling to the dismay of those fearless visionaries who would soon pioneer the modern craft revolution. "Sessionable" – it's just a hipster-speak for "lite."

Top sparkling wines from British Columbia, Nova Scotia and Ontario play in the same ballpark, quality-wise, as the best from around the world. The sector is growing, and wineries such as Benjamin Bridge in Nova Scotia now have sufficient volumes of mature reserve wines in their cellars to assemble true Champagne-class non-vintage cuvées. And kudos to new, more affordable prosecco-style charmat wines, such as Indigo from Rosehall Run in Ontario's Prince Edward County (to name just one).

Sommeliers and wine writers have been drooling over super-light, superexpensive new glassware brands that are supposed to virtually remove the "distorting" effects of the delivery vessel from the tasting equation. Spare me. This is a classic case of form over function. Try this test before you fork over a shocking $75 apiece: Pick it up by the stem, as a wine glass is supposed to be held, then pour in five ounces of fluid. How does it feel now? Awkwardly top-heavy because the base – unlike that of a proper wine glass – is virtually weightless.

The cork industry wants you to believe that the randomly occurring chemical blight known as TCA – which smells like a season's worth of unlaundered Cleveland Browns socks – has been contained to an "acceptable" level of about 1 per cent of bottles. I regularly sample a global selection of wines – 50 to 80 at a time – at a sensory laboratory. I can't say I've noticed a sharp dip in faulty, TCA-tainted bottles over the past 17 years. Two months ago, for example, I counted four clearly corked bottles (all co-verified by a group of fellow wine writers) out of 77 that were sealed under cork. That's 5.2 per cent. And – this is key – much cork taint flies below the radar of direct human detection yet still distorts wine's flavour. Keep the screwcaps coming.

Our national spirit keeps getting better thanks to ever richer, more robust and higher-strength offerings from the likes of J.P. Wiser's, Crown Royal and Canadian Club plus more than a few smaller distillers from sea to sea. A special tip of the hat here to Davin de Kergommeaux, author of the seminal Canadian Whisky: The New Portable Expert, who's also helping to stir up the revolution as a tireless blogger at canadianwhisky.org.

Jeers to meaningless back labels

Does every wine in the world really pair well with pasta? I think not. And thank you for telling me your expensive pasta-friendly shiraz was "made to be shared with good friends." Gosh, I had been considering sharing it with my auditor instead.

Cheers to wine raised in concrete

Cuvées fermented and matured in big concrete tanks have been on the rise. The material is neutral in flavour, so it spares wine from extraneous wood-imparted flavours such as vanilla, caramel and toast. Yet it's not as cold-hearted as stainless steel because there are microscopic air pockets on concrete's rough surface that magically help soften texture and enrich flavour. An old technology is new again.

Cloyingly thick wines made from overripe grapes harvested late in the season just keep coming. If the alcohol content on a pinot noir reads 14.5 per cent, you're entering jam-land. Wine is meant for sipping out of glasses, not spreading on toast.

Wine Review
Your last-minute guide to the wines and drinks you should stock for all your holiday celebrations
December 19, 2017 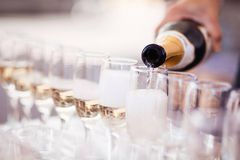 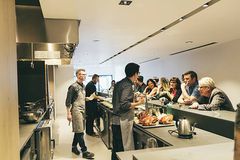