Can we talk dirty? As in barnyard manure, sewer gas, sweaty armpits and rotting fish. As in soured milk, wet dog, damp cardboard and mould. As in urine.

Sorry if I've spoiled your thirst. You must be new to wine, because all these aromas and more are associated with brettanomyces, a spoilage yeast more common than you might have imagined. Brett lurks in barrels, winery hoses and air ducts in regions around the world. Once ensconced, it can be tough to eradicate, living off an array of nutrients long after the beneficial yeast used in primary alcoholic fermentation – saccharomyces – dies off.

Since the 1970s, when signs of brett's rampancy became apparent, it's been the bane of the global industry, battled with a sanitation arsenal including ozone, heat and sulphur dioxide.

Now, much-maligned brett is emerging from the closet, or at least poking a rank little foot out the door, thanks to research at the University of California at Davis. Winemakers have long known that a modicum of microbial action can impart enticing funk to an otherwise simple wine. But over the past year it's become apparent that brett can produce a myriad of more prized characters previously credited mainly to grapes or oak barrels – things such as black pepper, cedar, coffee, leather, violet, rose, smoke and clove.

UC Davis oenology professor Dr. Linda Bisson and fellow researcher Lucy Joseph last year copyrighted something called the Brett Aroma Wheel, a sort of wine-taster's cheat sheet developed with the help of sensory panels asked to describe attributes of wines spiked with dozens of brett strains. The researcher's team has since hosted several consumer tastings to help spread the news that brett need not always be treated like a four-letter word.

"For me it depends on the whole context of the wine," said Bisson, whose actual wheel contains just text. "If it's not a fruit-forward style of wine, the less-fresh characters are fine."

Brett's partial redemption after decades of derision is particularly significant given UC Davis's history. For decades the influential wine school was considered the high church of the hygiene gospel.

"Outside of Linda's lab, I'm not aware of anybody looking for anything other than how to kill it," said Chris Howell, winemaker and general manager at Cain Vineyard & Winery in Napa Valley. "For a bona fide oenologist to come out and say it's not all bad is a brave thing." Howell, too, finds himself in the minority as a producer actively attempting to cultivate subtle brett notes in his wines.

UC Davis's work grew out of collaboration with Italian researchers who had implemented strong sanitation practices back home and found, to their dismay, the wines had lost some "identifiable regional character," Bisson said.

What surprised Bisson most was brett's prevalence in wines lauded by critics. She cross-referenced the wheel's adjectives with descriptors in professional reviews of bottles sold at K & L Wine Merchants in California and came up with 36 brands oozing such notes as tobacco, leather and pencil shavings. "We bought them, ran them (through the lab) to see if they had brett or any microbial activity and every single one of them had either brettanomyces or lactic-acid bacteria," she said. (Lactic acid bacteria is a common spoilage organism that produces brett-like odours.) Translation: Wine experts love brett whether they know it or not.

Christy Canterbury, a New York-based Master of Wine as well as veteran competition judge and writer, concedes some brett can be welcome. "I personally don't mind a bit," she said. She also distinguishes brett from cork taint, a mouldy compound known as TCA that never smells good and tends to rob wine of fruitiness.

I, too, am a fan of brett in moderation, even often of the funky barnyard aromas in Bisson's "animal" category. Those smells are hallmarks of many great wines, including Château de Beaucastel from France and Château Musar from Lebanon.

But I must confess surprise over the sheer range of Bisson's descriptors. I had always associated peppercorn mainly with certain grapes, notably syrah, especially syrah from the Rhone Valley. Ditto lavender, tobacco and smoked meat, scents common to southern French reds made from grenache and mourvèdre. Pencil shavings or graphite to me suggest red Bordeaux first and foremost, not brett. And could the classic rose-petal bouquet of many Barolos be a hallmark of a spoilage yeast rather than intrinsic to the nebbiolo grape? Where does terroir end and brett begin?

"It seems that once people know that [a character] has nothing to do with the vineyard, or the vineyard site, and it's an organism that's taken up residence in your winery, they're not so enamoured of it," Bisson noted.

How can you tell the pleasure is microbial versus fruit-based? Bisson says brett's characters tend to come across as more artificial – say, talcum powder or hand cream versus the fresh rose of a garden. Also, if you detect just one character listed on the brett wheel, it's less conclusive than if you were to come across three or more in the same wine. Three strikes and you're probably dealing with brett.

There's another reason for producers, as opposed to consumers, to be wary. Bisson warns that the unpredictable organisms can morph in character drastically from one year to another and from one winery to the next.

"My saying is, there is no such thing as 'a little bit of brett is a good thing,'" says Sandra Oldfield, winemaker and president of Tinhorn Creek Vineyards in British Columbia's Okanagan Valley. "With that attitude, the next year there will be too much."

What made this connoisseur rent a second apartment? A 2,000-bottle whisky collection
February 18, 2014 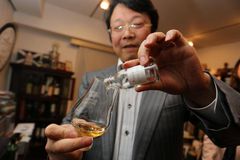 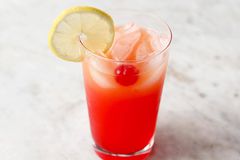 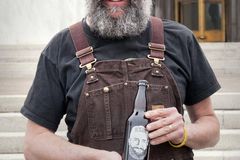