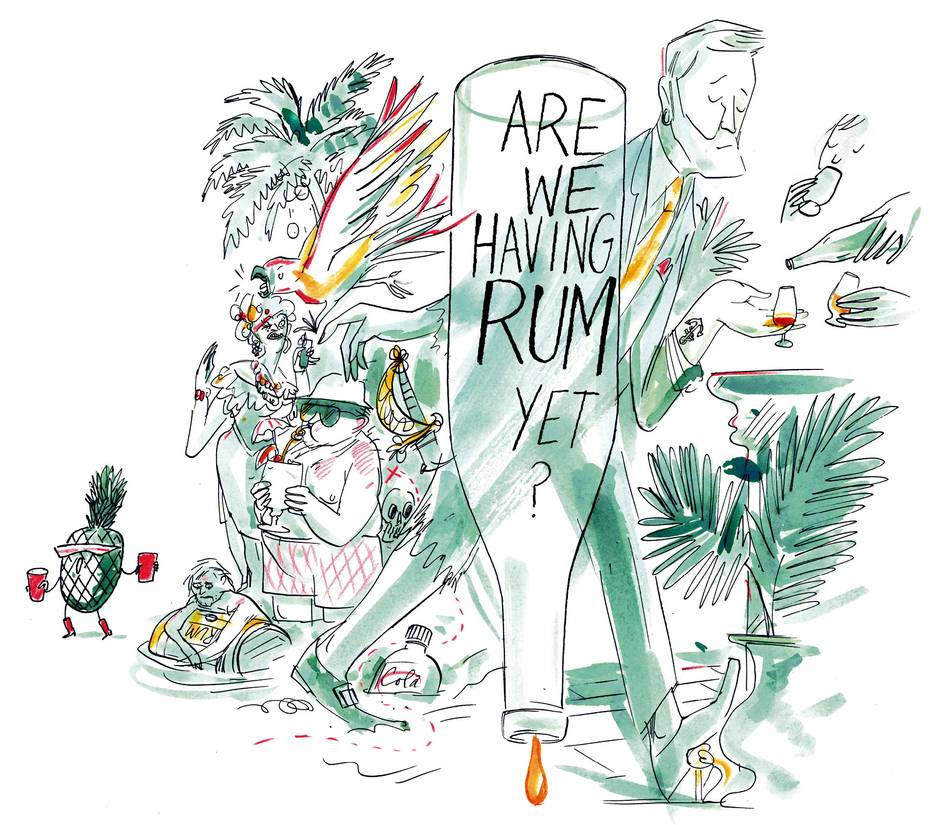 The weekly spirit tastings at the Four Seasons on the Caribbean island of Nevis attract an appreciative crowd, the resort’s well-heeled guests more than eager to fork over $130 per person to sample regional booze with or without food pairings. But it isn’t whisky, bourbon or tequila – the craft spirits du jour – that pack them in. Rather, it’s rum, a once-humble spirit that is growing in stature among connoisseurs well beyond the West Indies – even if it continues to have image problems among the uninitiated.

“As a distiller of artisanal rum, I have to sometimes steel myself to the fact that people will be taking it away and putting Coke in it,” says Lynne MacKay of Ironworks Distillery in Lunenburg. N.S. “It’s a hazard of doing what we do. Folks don’t go up to the creators of single-malt whisky and ask them what they mix with it. If they did, they’d get slapped upside the head.”

Expect less slapping in the future. Hailey Pasemko, bar manager at Wolf in the Fog in Tofino, B.C., is just back from Tales of the Cocktail in New Orleans, where she attended a rum seminar hosted by some of the cocktail world’s most distinguished players. “It was made extremely obvious to me that rum is taken very seriously by professionals,” she says of this year’s event, adding that the “average consumer” is nonetheless still catching up. “We’re just starting to see people come in and wanting to taste through our lineup and taking their rum neat rather than in a classic cocktail.”

The very thing that makes rum appealing to this new generation of drinkers, says Vancouver-based bar consultant Shaun Layton, is the same thing that works against it: “It’s a spirit without rules,” he says, pointing out that, unlike whisky or bourbon, which follow strict ingredient, aging and production guidelines, rum tends to be less regulated and more freewheeling. Of course, cane-juice rums from Martinique fall under a special European AOC appellation, but they represent only a small percentage of overall rum production. When a beverage category encompasses everything from unaged white cachaça to 25-year barrel-aged dark rum to Malibu, there’s a lot of room for confusion.

“I often recommend rum as a sipping beverage to people,” says Robin Kaufman, a bartender at the Toronto Temperance Society, “and right away they say, ‘I don’t like rum.’ They associate it with flavoured rums – so they’ve probably never had a good one.”

But there are plenty of premium brands of rum, which has a long and illustrious history. Beverages made from sugarcane juice, the base component of rum, are among the earliest alcoholic products on Earth. It wasn’t until the 17th century, though, that plantation slaves in the Caribbean discovered that molasses, a byproduct of sugar processing, could be fermented and, most importantly, distilled, resulting in the first proper rums. That high-alcohol hooch was often mixed with water or coconut water to make it more palatable, predating cocktails by a couple of centuries. Rum’s affiliation with Britain’s Royal Navy, a 300-year tradition that ensured sailors were given a daily ration of rum up until 1970, spread the practice of making rum around the world. In postwar North America, the tiki craze saw the spirit, with its exotic flavour and affiliation with the tropics, become the star of countless umbrella-garnished drinks.

Today, as part of a greater trend toward increased spirit consumption, rum sales, according to Statistics Canada, are increasing, although not as quickly as bourbon, whisky and vodka.

At the same time, trendsetting bartenders have been substituting rum for other brown spirits in classic cocktails such as Manhattans and Old Fashioneds. “The fact that rum comes from sugarcane gives it a more neutral backbone,” explains Kaufman, “but it’s still really complex, so instead of having a rye or something made from corn you have this sugarcane distillate that still has a distinct flavour.”

That easygoing nature means that, after vodka, rum is the most consumed spirit in the world, according to a survey conducted by the Economist. Much of that is due to India’s love affair with the drink, but Canadians still consume an average of .9 liters of the stuff per person each year.

Rum’s ubiquity is what Layton blames for some of the drink’s lack of respect. “It has always been around,” he points out. “Mojitos are probably the most popular cocktail in the world, but I think people just think of rum as something for mixing and not something that you sip or try a bunch of different brands.”

A couple of recent developments, however, are helping to bring a newfound respect and seriousness to the world of rum. Organizations like the ACR (Authentic Caribbean Rum) are striving to develop an industry-wide set of regulations around the production of rum – in the same way that Canada’s VQA ensures a certain level of quality and authenticity for Canadian wines – that would guarantee provenance and quality for consumers. Similarly, as with whisky and bourbon, craft distillers are likewise turning their attention to rum and looking to bring a high level of care and innovation to the craft.

“We went through white spirits such as vodka and gin in the nineties,” says Charlene Rooke, a B.C.-based spirits writer and trained distiller, “and we’ve passed peak brown spirit with the bourbon and whisky mania. Rum, like tequila, offers a deep vertical where you can go from white to brown, light to heavy, floral to spicy, chugging drinks to sipping drams. For craft distillers, this is like finding an animal that has white meat, dark meat and vegetarian matter on the same bones.”