Julie Shore remembers the initial euphoria, and the eventual letdown, when boiling her first batch of Prince Edward Island gin. "The whole distillery smelled so good," she says, enumerating such offbeat ingredients as lemon grass and ginger she had used to infuse the clear spirit. There was just one problem. "It tasted like medicinal bubble gum. I overherbed it."

A few recipe revisions later, Ms. Shore once again fired up the boiler of her 680-litre, German-made Holstein still. But this time the bubbling brew bore the sweet smell of success.

Ms. Shore is growing accustomed to flattery. Her flagship product, a vodka made from PEI potatoes, with a gloriously unambiguous aroma of fresh-sliced spuds, also received a score of 92, and took home gold at the 2009 San Francisco World Spirits Competition, ahead of Chopin, Skyy and Stolichnaya Red, all silver medalists.

Founded in 2007 by Ms. Shore and partner Arla Johnson, two American expatriates, Prince Edward Distillery in Hermanville on the island's east coast is at the forefront of a Canadian craft-spirits boomlet, one that is breathing new life into a domestic industry dominated by foreign-owned giants. More than 25 independents have sprouted in the past decade, modestly mirroring a vigorous trend south of the border, which has given rise to about 400 craft operations.

By big-brand standards, ventures such as 66 Gilead Distillery in Ontario's Prince Edward County and Pemberton Distillery in B.C., are small potatoes, typically selling most of their production through on-site boutiques. In some cases, they are mainly craft brewers or cider houses with a still on the side; in others, they are run part-time by doctors or other professionals bailing from high-stress careers.

Ms. Shore worked in dental-hygiene-product sales and Ms. Johnson as a psychologist before the couple moved to PEI in 1997 to open the Johnson Shore Inn.

"Here on PEI, our season's really short with the inn and we needed something else to do," Ms. Shore says. "So, I hounded Arla, 'Why don't we try distilling? With all this agriculture, it's going to be good.' " She then underscored her enthusiasm with a dental-hygiene joke: "I said, 'If it's not good, we'll make mouthwash.' "

After visits to distilleries in Scotland, Germany, Sweden, France and Kentucky and a distilling course taken by Ms. Shore at Cornell University, the pair took the million-dollar plunge with help from a government loan.

While new to the game, many craft distillers are churning out highly distinctive spirits, from flavourful old-school vodkas to gins based on unusual botanicals to eaux de vie made from cranberries, apples and saskatoon berries.

I'm especially impressed not only by Ms. Shore's potato and wild-blueberry vodkas, but also by such gems as 66 Gilead's robust, bread-like whole-wheat vodka and Pemberton's sublime gin and vodka, the latter two based on organic Pemberton Valley potatoes.

"We were surprised about the gin because customers were coming back and telling us that they were sipping it straight or on the rocks," says Tyler Schramm, Pemberton's owner and master distiller, who completed a master's degree in brewing and distilling in Scotland. "You can actually sip it and it's not harsh on your palate."

In a sense, these modern pioneers are going forward into the past. In the mid-1800s, Canada was home to more than 200 distilleries. Increasingly onerous regulations and taxes rendered it difficult for little guys to compete. And there was the small matter of Prohibition, a straitjacket that benefited larger companies that could take advantage of legal export sales.

World-famous Canadian booze taxes and bureaucracy are still with us, of course, but today's brave hearts see a niche in selling products that compete on quality and distinctiveness rather than merely price. Most play up the locavore angle, tapping the same vein that has helped bolster fortunes for microbreweries and boutique wineries.

But local cachet is a double-edged sword. Profit margins on liquor are so painfully thin that some distillers have been forced to revise business plans, reluctantly turning to markets beyond their regional turf.

Sophia Pantazi, a Toronto doctor who co-owns 66 Gilead with physician-husband Peter Stroz, says the couple are losing money on every bottle of their $36.95 wheat- and rye-based vodkas. "It's getting to the point where we need high volume to survive," she says, noting that larger production runs will yield economies of scale.

Mr. Schramm of Pemberton has begun ramping up production to serve out-of-province markets, notably Alberta and the United States. His take from a $50 bottle of vodka is about $13 after government and B.C. liquor-board levies. Meanwhile, raw material and packaging cost him $10. That leaves $3 to cover labour, and he produces just 700 bottles a month. Exporting to the United States, even with import duties, he will earn $4 or $5 more per bottle.

Just as painful, distilleries are prohibited from shipping direct, even to a restaurant located around the corner. Instead, the restaurant must place an order with the provincial liquor board, entailing a wasteful courier journey from, say, Pemberton Valley to one of two liquor-board warehouses in Vancouver or Kamloops, then back again to the neighbouring restaurant, all at the buyer's expense. It's enough to give Franz Kafka a post-mortem hangover.

For Ms. Shore and Ms. Johnson, expansion was always in the plans, though their products, whose price includes a $10-per-bottle PEI health tax, currently are sold only in Prince Edward Island and Nova Scotia. In addition to their gin and two vodkas, they are making small volumes of rye, rum and a bourbon-style corn whisky called I.C. Shore.

Among other things, Ms. Shore hopes to sell some of her brown spirits in miniature, seven-gallon barrels to restaurants, tapping into the bartending trend of house-aged cocktails served straight from the cask. "When you've got to compete with the big guys, you've got to have a niche product," she says.

Full-bodied, robust and spicy, with notes of fresh bread and haystack that carry into a long, dry finish. 66gileaddistillery.com

Smooth, luscious and earthy, this vodka has a delicate vanilla-like sweetness that is balanced by spice – a potato with velvet skin. pembertondistillery.ca

It takes 725 kilograms of apples to make 50 litres of this dry, lightly oaked and nicely balanced brandy. Applesauce meets the pepper mill – a yin yang of fruit and spice that is delicately fruity yet warming. pembertondistillery.ca

Surprise! One of Canada's best wines is from Nova Scotia
September 6, 2011 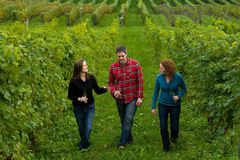 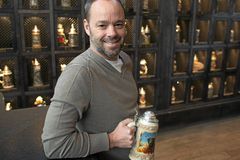 How Dan Aykroyd finally got his skull vodka unbanned from the LCBO
October 18, 2011 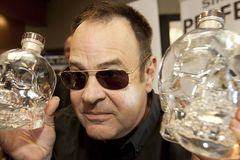