I ask Moray Tawse to name his proudest achievement as a vintner and he starts playing knock-knock. Not the joke routine. The actual wrist action.

"I've had wine from everywhere," he says, knuckle bouncing off the French antique table between us at his Niagara winery to stress certain words. "But when I can taste one of my wines and say, 'This is fantastic, not just for Ontario but compared to any other wine in the world,' that's when I'm happy. That's when I go, 'Oh, my God, I've really done something.'"

He could have been a percussionist. Or a door-to-door salesman. Tawse is fond of knocking, at least when holding forth on his twin oenological passions: the French region of Burgundy and the excellent portfolio of his 12-year-old, 225-acre eponymously named estate in Vineland, Ont.

I believe it's largely because of the former – he has been a life-long collector of great Burgundy, which accounts for about 60 per cent of his 7,000-bottle personal cellar, and has lately become a significant landowner and vintner in that vaunted French region – that he has turned the latter into arguably Niagara's most inspired and ambitious winery of recent years. Burgundy is the ultimate model for a region like Niagara, with its emphasis on minimalist, small-lot winemaking, which permits the naturally delicate, crisp, cool-climate fruit to shine. When people solicit me where to go in Niagara today, I inevitably mention Tawse.

I doubt I'm the only one. Tawse Winery took two of the 12 prizes in the recent 2013 Lieutenant-Governor's Awards for Excellence in Ontario Wines, a distinction that came on the heels of a three-year streak as Canada's "Winery of the Year" as adjudicated in a blind-tasting competition by Wine Access magazine.

And there have been the hard-to-come-by kudos from top American critics, including Stephen Tanzer and Allen Meadows. "A beautifully complex nose combines notes of both white and yellow orchard fruit with hints of citrus zest, spice and pain grillé," wrote Meadows of Tawse's 2010 Quarry Road Estate Chardonnay, a $35.95 white that received an impressive 91 points out of 100.

This month Tawse began a new chapter, breaking ground on a second, neighbouring winery called Redstone. With a planned restaurant and amphitheatre, it is designed to pull in visitors from Toronto, an hour away, and will bring his total annual production to 40,000 cases. That may not sound like much, but it's 10 times the 4,000-case limit he envisioned in 2001, when he bought a 9.1-acre vineyard. A dyed-in-the-wool fan of the great chardonnays and pinot noirs of Burgundy, he also once thought of Canadian wine as a sort of practical joke you might set out on your front porch as a Halloween spook.

"I thought it was horrible," says Tawse, 56, who also happens to be vice-president and co-founder of Toronto-based First National Financial, the country's largest non-bank mortgage lender (which helps explain the enviable wine cellar). "I remember getting in a fight with a friend, berating Ontario wines. I said they're not worth drinking, that they shouldn't be making wine here. I sure changed my tune. But the wines have changed."

The epiphany of this accidental Niagara apostle came a dozen years ago after sampling a single wine, Temkin-Paskus Chardonnay, a since-discontinued, uncharacteristically opulent Niagara white made in tiny quantities by Deborah Paskus, a visionary whom Tawse would soon recruit as his founding winemaker. He had been considering land in Burgundy but soon saw no need. "I went, 'Oh, my God, if we can make wine like this in Ontario, why am I looking over there?'" Two months later, he bought his first vineyard.

As he acquired more land to supply fruit for the fermenting tanks, he grew fascinated by Niagara's varied soils. To Tawse, the topography vaguely resembled Burgundy, a region revered for its patchwork quilt of sharply delineated little vineyards that have come to exemplify terroir, the notion that vines can express in their flavours the distinctiveness of each parcel of land.

"When you get an opportunity to get a terroir where the wine's great, you buy another vineyard," says Tawse, confessing he had become something of a dirt shopaholic.

Tawse, Pender and Marchand have since been taking the wines from what Tawse describes as Paskus's big and powerful style to a more "elegant" Burgundian aesthetic designed to downplay the wood and showcase the crisp verve and "minerality" of Niagara's fruit. That zippy style comes through not only in the chardonnays and pinot noirs – Burgundy's main white and red varieties – but also in the leaner rieslings and fuller-bodied merlots, cabernet francs and cabernet sauvignons of the winery's ever-expanding lineup.

Tawse also attributes much of the critical success to biodynamic farming, a holistic approach championed by Marchand. The vineyards are treated as a self-contained ecosystem, with free-ranging chickens to feed on the bug population, sheep to gnaw off lower vine leaves and expose fruit to the ripening sun, and horses instead of tractors to mitigate soil compaction. Tawse says it costs twice as much as using pesticides but it's the difference between "feeding your kids on Coke and Twinkies versus a healthy diet. They're healthier so they don't get sick as often. And there's an energy you can taste in a biodynamic wine."

That high bar comes at a price for consumers. The wines range from about $16 a bottle for a rosé to $59.95 for a Bordeaux-style "meritage" blend of merlot, cabernet franc and cabernet sauvignon.

Fine as they are – I particularly like that meritage as well as his chardonnays and cabernet francs – they are pretty much confined to the Ontario and Quebec markets. And Tawse notes he will never produce enough volume to care about knocking on the doors, so to speak, of export markets. "I want people from Ontario to drink my Ontario wine," he says. "Honestly, that's all I want. I don't care if my wine's in Europe. I don't care if someone says it's great in San Francisco."

It’s like going to wine country, but at your local LCBO
September 19, 2013
Want to buy wine from another province? Why the rules are (still) confusing
February 28, 2013 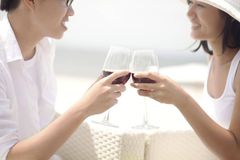 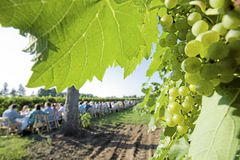 Tawse Growers Blend Cabernet Franc 2011, Ontario
September 21, 2013
Tawse Sketches of Niagara Chardonnay 2011, Ontario
September 3, 2013
Tawse Meritage 2010, Ontario
February 26, 2013
Tawse David’s Block Vineyard Merlot 2010, Ontario
February 12, 2013
Follow Beppi Crosariol on Twitter @Beppi_Crosariol
Report an error Editorial code of conduct
Due to technical reasons, we have temporarily removed commenting from our articles. We hope to have this fixed soon. Thank you for your patience. If you are looking to give feedback on our new site, please send it along to feedback@globeandmail.com. If you want to write a letter to the editor, please forward to letters@globeandmail.com.
Comments