Tapping consumer obsession with body image, wine producers have been rolling out an array of calorie-reduced cuvées that promise to let imbibers sip their way to supermodel silhouettes.

Among the fastest-selling entrants is The Skinny Vine, launched south of the border in January by Treasury Wine Estates, the Australian company behind Penfolds, Lindeman's and Rosemount Estate. With shipments already exceeding 100,000 cases, the three wines – Slim Chardonnay, Thin Zin and Mini Moscato – weigh in at just 7.3– to 8.5-per-cent alcohol and 86 to 95 calories per five-ounce glass. That compares with an average of between 120 and 141 calories for comparable varietals made in California.

And there is a sea of low-calorie selections around the world. Among them: Banrock Station Light, Jacob's Creek Cool Harvest and McWilliams Harmony from Australia (the latter endorsed by Weight Watchers); Invivo Belle from New Zealand; and, from California, Blossom Hill Vie, Girl Go Lightly, The Light Grape and Gallo Summer Red and Gallo Summer White.

The phenomenon has taken root here with a handful of labels that include Skinnygrape from Peller Estates in Niagara, The Doctors' from New Zealand and Skinnygirl from California. In the year since its launch, Skinnygrape – at about 80 calories per five-ounce glass – has racked up $1.6-million in sales in Ontario, according to the Liquor Control Board of Ontario, an impressive figure for a new line. Soon to be launched in the same province is Lindeman's Early Harvest Rose from Australia, boasting 25 per cent fewer calories than comparable full-strength roses.

I dare say they're not aimed at people like me (if the feminine-heavy branding were not the only clue). Often laced with a dollop of extra sugar to restore the body lost to reduced alcohol (the main source of calories in dry wine), they tend to be a notch too simple for my taste, though I might not turn down Lindeman's relatively crisp Early Harvest Rose on a hot day. But let's just say they represent a trend that was waiting to happen.

"Why has every other category in food and beverage developed healthier options to serve their consumers, whether it's salty snacks like baked potato chips, whether it's Diet Coke and Diet Pepsi?" asks Tom Smallhorn, Treasury's vice-president of marketing for American brands, based in California. "Light beer today accounts for over 50 per cent of the beer consumed in the United States."

To achieve that lighter profile, some wineries artificially extract alcohol using such technologies as spinning cones and reverse osmosis, another reason the products are unlikely to meet with snob approval. Others rely on grapes harvested early in the season, before fruit has achieved full ripeness. Less sweetness in the must translates into lighter wine because alcohol is the product of yeast feeding off sugar. Still other wineries halt fermentation prematurely or employ a combination of interventionist techniques.

Not everyone cares how they're made, though. Nor are experts necessarily able to discern a difference. "We tested this brand with sommeliers who worked for us and about 50 per cent of the time they couldn't tell the difference versus comparable full-alcohol wines at a similar price point," Smallhorn notes.

The burgeoning field owes no small debt to a single brand, Skinnygirl. A brainchild of reality-television star Bethenny Frankel, who rose to fame on The Real Housewives of New York City , it got its start in 2009 with a premixed margarita cocktail in a 750-millilitre bottle. Beam Global, the wine and spirits giant, bought the brand in 2011 and last year extended it to include three wines, a red, white and rose, featuring 100 calories per five-ounce serving. (As part of the deal, Frankel stayed on as its recognizable face and eponymously skinny figure.) According to SymphonyIRI, which tracks sales in major food and drug stores, Skinnygirl was the No. 1 new table wine brand in the United States for 2012.

"It's been incredible the response we've been getting from consumers," says Nicole Oliva, Beam's national brand manager for Skinnygirl in Canada, where the wines, priced at about $15, are now available in every province except Quebec.

Frankel was not the first to sniff a potential market among calorie-conscious drinkers. In 2004, Beringer launched White Lie Chardonnay, a 9.5-per-cent California white, but it withdrew the wine after about a year because of poor sales.

"It was a very clever name but it wasn't obvious enough," says Eileen Fredrikson, a partner with Gomber-Fredrikson & Associates, a California-based wine consultancy. "When you put 'skinny' on the label, you are in-your-face saying that this is a low-calorie thing." Fredrikson adds that Skinnygirl's celebrity halo proved critical in validating the market. "The pace has simply picked up from there."

In keeping with the theme, Treasury retained its own trim-figured mascot, Christine Avanti, a California-based celebrity nutritionist, fitness instructor and author of Skinny Chicks Don't Eat Salads, to endorse The Skinny Vine.

Of course, skinny chicks need not drink aerobicized juice to keep unwanted pounds at bay. Many wine styles, such as Portuguese vinho verde and Australian semillon, come with naturally lower alcohol as a matter of course. But for those who want the imprimatur of a skinny-lebrity and the explicit reassurance of a calorie count on the label, Chateau Slim Fast appears to be here to stay.

Wines for your wedding reception that won't blow your budget
April 23, 2013 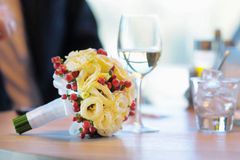 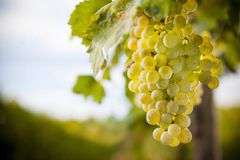 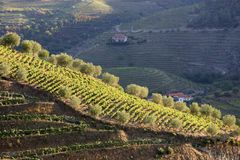