Unpleasant, yes. But I'm unaware of research that would indicate it is toxic at the minuscule levels found in wine.

The mouldy compound generally responsible for a "corked" or "corky" wine is called 2,4,6-trichloroanisole. It's formed when a particular fungus mingles with chlorine-based chemicals such as those found in bleach. TCA is a stealthy devil, randomly finding its way into cork bark that's been cleaned and left out to dry in the Portuguese or Spanish sunshine. While aromatically potent, its concentrations in wine are tiny, often discernible at less than 10 parts per trillion.

Fact is, however, the vast majority of even badly corked wine is consumed by people who are oblivious to its presence. They experience no ill effects from the common taint. It takes an experienced and fully functioning nose to sniff out a corked wine. Even purported experts who are good at picking out other common wine flaws like volatile acidity and hydrogen sulfide can be relatively blind to cork taint. Were it dangerous, our emergency wards would be crammed with victims.

If you detect a mouldy smell that suggests wet cardboard or stinky socks but it's not entirely disturbing (and you're afraid to let an expensive wine go to waste), by all means keep sipping and pouring. If, on the other hand, you've got alternative bottles around, try returning the corked wine to your retailer. Any good store or self-respecting wine producer will know that product defects (and returns) are business-as-usual when it comes to selling expensive liquid in bottles sealed with fungus-friendly tree bark. And be sure to tell them that if TCA taint were not just offensive but also toxic to humans, they would have been run out of business long ago.

Beppi Crosariol will be among the hosts of a luxury two-week journey through Burgundy, Beaujolais and the Rhône Valley in August, along with other Globe journalists, as part of The Globe and Mail French River Cruise. For details, visit tgam.ca/cruise.

How effective for preserving wine are devices that suck air from a partially empty bottle, leaving an airtight stopper in place?
May 30, 2017
I ripped the seal on a wine bottle by accident. Is there a way to have something else cover the cork?
November 22, 2016
I have white wine in my wine fridge from 2007. Will it be drinkable?
May 31, 2016 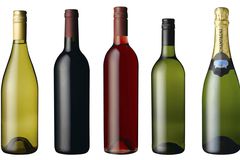