If there's a warm place in your heart, or at least a cold shelf in your fridge, for underloved wine styles, perhaps you're already a fan of arneis. Then again, probably not. Even in the glorious pantheon of offbeat grapes, Piedmont's enticingly perfumed, softly fruity white remains a consummate underdog in today's market.

Geography may be largely to blame. Piedmont, the region in northwest Italy by the French border, is synonymous with massively tannic, nebbiolo-based reds, namely cellar-worthy Barolo and Barbaresco. To be a white grape in Barolo and Barbaresco's shadow is like playing an extra in a Tom Cruise action film: People don't care about your brilliantly subtle emoting; they want the handsome, high-flying star.

Until recently, even Piedmontese locals could have been admonished for fuelling arneis's inferiority complex. The vine, which had almost disappeared by the 1970s, was often planted not for its charm in the glass but for its role in pest control. A few rows in a vineyard would act as an aromatic decoy to draw birds away from attacking far more valuable, highly acidic nebbiolo – the enological version of a beer wasp trap. Arneis was – literally – for the birds.

Lucky beaks, I say, though the feathered invaders really should have insisted on waiting until the grapes had been fermented. As a wine, arneis does an uncommon dance, showing ample, pear-like fruitiness, silky texture on a light-to-medium-bodied frame and only moderate acidity while remaining perfectly dry. Usually unoaked, it can be splendid with white-sauced pastas, medium-weight fish and veal roasts, and it can be engaging on its own as an aperitif or after the blistering sun has set on an August night.

The finest arneis wines tend to come from Piedmont's Roero or Langhe appellations, though the vine has spread to the nearby coastal region of Liguria (home of pesto pasta, which makes a decent, if not transcendent, pairing) and the island of Sardinia. It has also found compelling outposts in Oregon, Australia, New Zealand and British Columbia. Moon Curser, a superb producer in the Okanagan Valley, makes a gem.

Good Italian examples, like the first wine in the notes below, are hard to come by on these shores, ebbing and flowing in tiny supplies. But they're worth seeking out when available. Excellent producers include Bruno Giacosa and Vietti, which helped to resuscitate the vine back in the disco era, as well as Cascina Chicco and Deltetto.

Wine-trivia buffs have made much of the name arneis, local dialect for "little rascal," a supposed reference to the vine's temperamental behaviour in the vineyard. But the word could just as likely have been derived from the place name Reneysium, local source of an ancient grape that in Latin was called Ranaysii. Adding to the nomenclature confusion, around Roero it's also sometimes known as nebbiolo bianco, or "white nebbiolo" – not because it shares a genetic kinship with the red grape but probably because it was often added in dollops to nebbiolo as a softening agent for the red wines, the way Rhône producers often add a splash of white viognier to syrah.

Just make sure you've got the pronunciation down, especially when ordering in a hoity-toity restaurant. It's arh-NEYZ. Or if you're a bird, just ask for the best Piedmontese wine that's not made from a red grape.

On the lighter side of medium-bodied, Malvira's 2013 arneis exhibits a silky, succulent profile framed by fresh acidity, with notes of pear, apricot and flowers. It's hard to get tired of this white, and at a moderate 12.5-per-cent alcohol, it goes down easy. Available in Ontario.

Moon Curser's second arneis crop, harvested from young vines in 2014, proves that the variety can perform splendidly in the sunny south Okanagan, without the need for Piedmont's relatively cool, foggy climate. This superb effort, aggressively pruned to low fruit yields, is medium-bodied and rounded in texture, with ripe pear-like fruit enlivened by nuances of smoke, spice and minerality. Available direct through mooncurser.com.

One would have to search long and hard to find a rarer grape than grecomusc'. In that regard, the hefty price tag here is almost reasonable. The grape hails from Campania, the region surrounding Naples, and goes by a few other synonyms, including rovello bianco and the mellifluous greco musico, one of my favourite grape names of all time. Vines of grecomusc' are counted in the hundreds, so don't go looking for trendy New World versions from, say, Napa Valley or Australia; this is the Whooping Crane of wine. And majestic it is. Medium-bodied and assertive with musky aromatics, it delivers a sour tang reminiscent of grapefruit zest, infused with spicy overtones, resolving with a dry, tight finish. Pair it with spicy shellfish, oil-sauced vegetable pastas, young cheeses and, ideally, with good friends who appreciate something way, way out of the ordinary. Available in Ontario.

How about some lovely Sicilian dialect to go along with your organically grown Sicilian white? Rina ianca means "white sand," a reference to the Mediterranean island's coastline as well as to the soils around the Santa Tresa estate. The local, crisp grillo variety here gets a floral lift and a touch of oily texture from French viognier. Medium-bodied, it shows a nuance of honeyed sweetness in the midpalate, though it finishes dry, with flavours of stone fruit, vanilla and spices. A bargain, and perfect for Indian curries.

You don't come across this sort of blend daily. It's made from France's grenache blanc and the Italian grape vermentino, an underrated variety now grown in southern France, source of this crisp, good-value white. Chalky-dry and spicy, it's medium-bodied, hinting at melon, underripe peach and grapefruit. A good choice for light shellfish dishes. Available in Ontario.

"Chill" – the name evokes summer, and this kitchen-sink blend sort of tastes like tropical punch in wine form. Light and admirably dry, it's composed of – deep breath – pinot gris, chardonnay, muscat, riesling, viognier, semillon and gewürztraminer. Notes of grapey muscat and spicy gewürztraminer come through clearly over a core of peach-like fruit, and that's a welcome thing for my summer-sipping playbook. Terrific for spicy fish dishes and a whole lot more. Just keep it well chilled (of course), even if it means performing the sacrilege of adding an ice cube to the glass under a hot sun. bench1775.com.

Made mainly from chardonnay, this gets minority support from aromatic varieties viognier, gewürztraminer and sauvignon blanc – following the multi-grape white blend trend that appears to be based on the somewhat reasonable belief that minestrone can often be more interesting than simple chicken broth. It's well-tuned, flavour-wise, with chardonnay's tropical fruit essence and a touch of gently astringent oak infused with a musky, spicy and slightly herbal quality. Medium-full-bodied, it could support substantial fish dishes as well as spicy grilled chicken or grilled pork chops. Through henryofpelham.com.

From wheat beers to dry rosés, here are the perfect summertime drinks
June 18, 2015 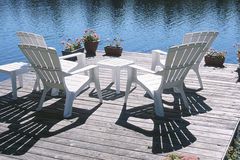 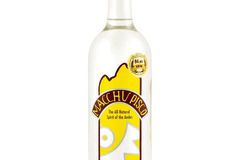 That age-old oenological question: Whether or not to cellar
July 2, 2015 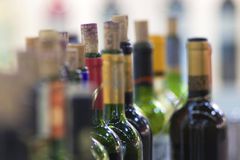