When it's good, it can taste like a orchard fruit crossed with Champagne. It can quench the thirst like a cold lager. This season, cider is stepping out of beer's shadow and into the mainstream.

In April, Canadian brewer Alexander Keith's entered the Ontario market with Alexander Keith's Original Cider, with plans to move to other provinces soon. Fast on its heels was Carlsberg of Denmark, which rolled out Somersby, a four-year-old global brand, last month. In a few weeks, Magners of Ireland will introduce Magners Pear, an extension to its top-selling apple-based offering. The summer of cider is upon us.

Fermented apple juice has been enjoying a run of popularity in recent years. Since 2005, sales of cider – the hard stuff as opposed to the non-alcoholic beverage sold in country markets – grew by 55 per cent to 22 million litres, according to the Association of Canadian Distillers, which tracks the alcoholic-drinks market. As of April 1, Liquor Control Board of Ontario sales of cider jumped by 47 per cent, thanks largely to Keith's, Somersby and a heaping helping of thirst-inducing sunshine.

"We think this is a big year, but we think that it's going to continue, much like the craft category in beer," says Deanna Kaminskyj, director of marketing at Moosehead Breweries, which represents Magners in Canada.

In a sense, though, cider's surge is evolving like the modern beer story in reverse. Whereas small breweries have been gaining ground in a market long dominated by big brands, the new cider players are energizing a formerly sleepy segment pioneered by local farmhouse operations. The catalysts: a little marketing and a whole lot of ice.

Magners led the charge in 2006, taking the British market by storm with an ad campaign depicting a bottle being poured into a glass on the rocks, bathing the sparkling beverage in the glow of an urbane cocktail. It was a calculated departure from the standard English pub ritual in which cider is drawn from a tap like draft beer. It also enhanced cider's refreshing crispness, a contrast with Britain's famously un-frigid ales, which grow even warmer in the glass. Sales took off and sparked a wave of copycat campaigns with the slogan "Serve over ice."

"Ice actually helps to release the aromas of the fresh apples, but it also increases the acidity a little bit," says Mike Bascom, national marketing manager for Alexander Keith's, a unit of Anheuser-Busch, which produces its cider in Baldwinsville, N.Y., and has adopted the marketing catchphrase "Share over ice."

Cider is the fermented juice of orchard fruit, typically off-dry to medium sweet and ranging from 4- to 8-per-cent alcohol. Most often made from apples, it also comes in a popular pear version, known as perry in England. Both styles match well with roast pork or turkey, grilled salmon or cheese. Increasingly, producers have been crafting flavoured offerings with the addition of berry juice, cider's answer to the flavoured-vodka market.

My own preference runs toward traditional farmhouse offerings, which tend to be based on the fresh juice of sweet apple cultivars grown specifically for cider. The fruits' fibrous texture, versus that of supermarket varieties, makes it easier to extract juice, and the high sugar content encourages fermentation. In contrast, some large brands rely on apple concentrate, glucose syrup and added flavourings, which can yield confected, artificial-tasting results.

Farmhouse brands, typically matured in oak barrels, also tend to offer more complex flavours, ranging from floral to spicy to earthy. Northern France and southern England lead the way on that score, though small French and English brands – sometimes packaged in Champagne-style bottles – can be hard to find here. Fine examples hail from Canada too, including those of Merridale Estate Cidery and Sea Cider in British Columbia, Cidrerie du Minot and Cidrerie St-Nicolas in Quebec and Spirit Tree from Ontario. Craft cider versus the big brands is sort of like microbrewed pale ale versus a mass-market lager.

But at least the big brands tend to taste less cloying than artificially sweetened vodka coolers – another reason for the category's growth.

Its compatibility with ice aside, fermented apple juice enjoys a big advantage over beer where a growing number of consumers are concerned. Because it's made from fruit rather than barley or wheat, it's gluten-free and thus suitable for celiacs and others with an intolerance to the protein, notes Doug Johnson, cider maker at Thornbury Village Cidery in Thornbury, Ont.

And what does Mr. Johnson make of the ice ritual when it comes to savouring his all-natural, locally grown product? "People can enjoy it either way," he says. "Everybody has their own preference. Personally, I thoroughly enjoy Thornbury over ice."

Packaged in a 750-millilitre Champagne bottle at 8.5-per-cent alcohol, it shows subtle earthiness and a pleasantly dry, chalky texture.

A popular new brand from Kelowna's Tree Brewing, it's as dry as they come: clean, lightly astringent and refreshing.

Medium-sweet, with baked apple and an earthy-funky farmhouse profile.

Unlike most megabrands, it is matured for two years in oak casks for added complexity. Good body and a perfect balance of sweet-tart, apple-pie flavour.

Though it contains added "natural flavours," this big new brand is impressive for its uncanny golden-delicious and gala apple essence. On the slightly sweet side, but well-balanced.

Made in Prince Edward County and packaged in a one-litre plastic bottle sporting a cartoon graphic of a serpent's head (recalling Adam and Eve), it's light and crisp, with a distinct applesauce flavour.

True to its name, it comes on strong with a strong green-apple character, though the sugar steers it into Jolly Rancher territory.

Too many ingredients – "fermented apple juice and glucose syrup, water, sugar, carbon dioxide, lactic acid, citric acid, sulphites" – add up to a beverage that tastes too much like simple apple juice with a kick. And it lacks mid-palate body.

Supermarket red-apple flavour and considerable sweetness may add up to a crowd-pleasing style, but to me it tastes like it was concocted in a boardroom.

Why Portugal should be recognized for more than its port
January 16, 2018 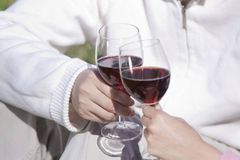 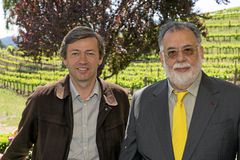 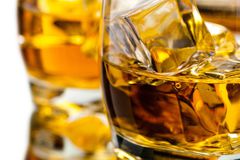