A sommelier friend tells me California winemakers are allowed to use flavour enhancers (she called them teabags) that don't need to be listed on the label. I'm concerned they may have been causing my red-wine headaches. She also said the high unfermented sugars in some California cabernets hammer you pretty hard the next day. I've been paying more for Spanish, Italian and French reds, with better day-after results. What's your view?

I say stick with the red that's good for your head. Many people react differently to various wine styles. But I'd take your friend's additives warning with a grain of salt (unless you also happen to be allergic to salt).

It's true, winemakers in California and, to be fair, in many other jurisdictions, can tweak their juice with a variety of adjuncts to add flavour and enrich colour. Mostly these ingredients fall into the category of "natural" products. They're often derived from grapes themselves. But I should stress that the practice is generally more widespread among $12-and-under, mass-produced brands; premium wines are less likely to be subjected to such manipulation.

Like your sommelier friend, I look with disparagement on the practice because I prefer authenticity and wines that more closely transmit what the land itself has produced. I view such additives as the performance-enhancing drugs of winemaking, and I try to steer clear of these Lance Armstrong cuvées. But it's generally not a health issue and, I would strongly wager, not the source of your headaches.

The biggest sommelier pet peeve: oak chips. Instead of flavouring wine by maturing it slowly in expensive oak barrels, producers (mainly those in the under-$12 world) will float oak chips in the wine to more quickly – and less expensively – impart beloved vanilla and toasty characters.

To deepen colour, some industrial-sized producers might add something called Mega Purple, a colouring agent made from grape-juice concentrate. It's like film colourization, the trend that turned into a scandal in the late 1980s with Ted Turner's plan to colourize the black-and-white classic Citizen Kane. Why do big producers resort to dyeing their wines? Because most consumers erroneously associate wine quality with saturated colour. And Mega Purple can ensure that the colour remains consistent from batch to batch, much the same way that caramel colouring is used in the whisky industry.

Other grape concentrates are designed to amplify flavours of various varieties, like cabernet and merlot, when the flavour falls short in a given growing season.

Powdered tannins can give instant structure, sort of like volumizing hair products. So can tartaric acid, which brightens up flabby, overripe wines (it's usually derived from grapes but also bananas). The list goes on.

But having interviewed numerous doctors and scientists over the years on the subject of wine headaches, I doubt you could finger one additive (or even the small quantity of residual sugar in dry wine) as the cause of your headaches. Many wine-headache sufferers, without knowing it, are simply intolerant of alcohol – at any concentration. Others, possibly the majority, don't take well to amines, the family of compounds that naturally occur in wine.

It's also possible that you are sensitive to tannins, which are particularly copious in cabernet sauvignon, the red grape for which California may be best known. I'm guessing that the Spanish, Italian and French wines you've turned to for headache relief are made from less-tannic grape varieties, such as grenache and sangiovese.

And don't be so quick to exonerate European producers. Laws in various regions there permit certain additives that need not be declared on labels. Perhaps the most common is sugar, which, when dumped into the fermenting vat, can boost alcohol, and thus a wine's body. The process, which is illegal in sunny California, is called chaptalization and tends to be practised in regions where overcast weather regularly fails to fully ripen (and sweeten) grapes. It's the sort of manipulation that may not make your head spin, but it makes my blood boil.

Why do so many people wrongly grasp wineglasses by the bowl – yet know to hold a martini glass by the stem?
December 2, 2015 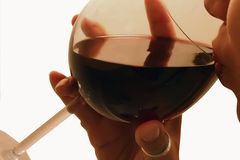 What can I tell about the condition of a wine from its cork?
November 17, 2015 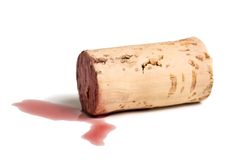 Do some styles of wine stay fresher than others once opened?
October 20, 2015 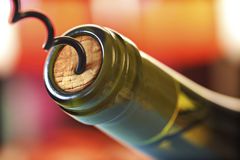