Like high-waist pants, lambrusco lends credence to the theory that if you wait long enough, everything will come back into fashion. In lambrusco's case, the resurgence took about 40 years.

Maybe you're old enough to remember the first big splash. Long before prosecco captured North American hearts, lambrusco was the Italian fizz of choice. It had much to recommend it in the 1960s and 1970s. Namely, it was semi-sweet, gently sparkling and inexpensive. It also boasted a distinction that continues to make it an object of curiosity today: It was red, or at least most of it was.

Poured into a glass, red lambrusco bubbles up with pink foam to resemble a fermenting vat of merlot or malbec grape must. Coincidentally much of that bellbottom-era lambrusco came with a similarly simple, primary-fruit flavour. It was grape soda for grownups. A handful of brands dominated the market. In the United States, the behemoth was Riunite, which appealed to inveterate soda-pop drinkers with the famous slogan: "Riunite on ice, that's nice." In Canada, I can recall (though would prefer to forget) a few close and personal encounters with Chiarli Castelvetro.

On the shelves these oldies remain (Chiarli sells for about $10), but today's lambrusco moment belongs to a new crop of higher-quality, mostly dry wines crafted by smaller-production estates. Priced mainly between $15 and $22, they're being sought out by savvy chefs and sommeliers, who of course like to jump on new flavours and offbeat discoveries but who also can appreciate a beverage's affinity with certain foods. Good-quality examples come with earthy and subtle herbal qualities and a bitter backbone which, with that crisp sparkle and grapy primary fruit, render dry lambrusco a remarkably good partner for salty, fatty charcuterie, baked or braised pork, even a host of cheeses as well as much more. Make no mistake. This is a food wine designed for the table, not a Champagne for New Year's Eve or chug-a-lug smoothie for girls' night in front of the television.

The wine is a specialty of Emilia-Romagna, a central-northern region often cited, even by Italians who don't live there, as the cradle of Italian gastronomy. Oddly, this region, which gave us prosciutto di Parma, Parmigiano-Reggiano cheese, balsamic vinegar and Bolognese pasta, is far less distinguished for wine than perhaps most other Italian regions, including Tuscany, Piedmont and Veneto. But suggest that at your peril to the people of Emilia-Romagna; they've got lambrusco and that trumps everything else, including (arguably less-versatile) Chianti, Barolo and Amarone.

It may be convenient to speak of lambrusco as a single wine, but it's an oddity in the sense that the vino – sometimes produced in white form by separating the juice from the colour-bearing skins – is usually based on a blend of various distinct grapes all referred to, confusingly, as lambrusco. There's lambrusco barghi, for example, lambrusco marani, lambrusco oliva and lambruschetto, along with dozens more. But you'll find that today's better renditions are often based on two of the more reputable grapes, lambrusco di sorbara and lambrusco salamino, both signatures of the Modena province that also is home to Ferrari automobiles. That second one, the most common, refers cutely to what you might be thinking. Its grapes grow in small, virtually cylindrical bunches, which, to certain Italian ampelographers of the past, clearly evoked one of the world's most perfect preserved foods, salami.

Even the current wave of better lambruscos, though mainly dry, can occasionally be slightly sweet. Consult your shopkeeper if in doubt. Good producers – available sporadically in Canadian stores – include Lini, Cavicchioli, Paltrinieri and Fiorini Corte degli Attimi.

There's no better way to dismiss the tedious wine snobs than by declaring your appreciation for the frothy and red (!) signature wine of Italy's centre of gastronomy. 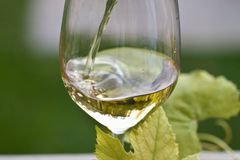 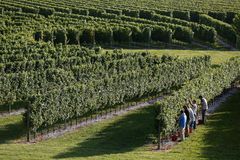