It takes lots to succeed in the fine-wine industry – passion, a keen palate, a grasp of biology and chemistry and, not least, the nerve to cope with nature's vagaries. Producers of nerello mascalese, a formerly obscure Sicilian grape enjoying a growing global profile, can add one more item to that list: a good exit strategy. And by exit I mean running for your life.

The variety rises to its greatest heights, both figuratively and literally, on the moon-like, hardened-lava slopes of Mount Etna, Europe's largest and most active volcano. Etna's eruptions occur with scary frequency, not just from its five main upper-lying craters near the 3,350-metre peak but also from vents and smaller craters located as far down as a few hundred metres above sea level. Regular puffs of grey ash that descend from the sky around Sicily's angry giant are testament that this is no ordinary wine-country mountain.

The last catastrophic lava flow occurred in 1928, when the village of Mascali was largely destroyed. Coincidentally, the vine is believed to have originated near that very place ("nerello" being a derivative of "black," as in "black grape from Mascali").

If you detect a note of minerality in wines made from nerello mascalese, you're probably not tasting a direct transference from the airborne dust or sulphurous smoke. Locals instead theorize that the tangy essence derives from old-vine roots burrowing deep into the rocky soil in search of nutrients.

Yet there's much more to love about nerello mascalese than minerals. Some describe the wine as a cross between delicately fruity Burgundian pinot noir and firm nebbiolo, the bracing, robust, high-acid grape that yield's northern Italy's majestic Barolo reds. Unlike the typically more plump Sicilian reds grown on lower ground, the nerello mascalese wines on Etna derive their fresh acidity from the cool growing environment of the mountain's elevation, with some vineyards reaching beyond 1,000 metres above the sea.

Like red Burgundy and Barolo, nerello mascalese wines, whether from Etna or from vineyards elsewhere in eastern Sicily, also tend to be deceptively light in colour, belying their often high alcohol and rich glycerin mouth feel, products of the Mediterranean island's blessed sunshine. Most good examples, to my mind, exhibit little if any influence from new oak barrels, permitting the grape to speak of its rugged landscape with nervy firmness and an attractively bitter, food-friendly bite rather than having its unique charms obscured by notes of vanilla and toast common to so many cabernets and merlots matured for many months in freshly charred wood. They are sublime with grilled lamb or pork sausages and even southern-Italian-style pizza topped with anchovies or eggplant.

Other grapes flourish on Etna, including the excellent white variety carricante, but nerello mascalese remains its signature along with nerello cappuccio, a softer variety added in small quantities to mascalese in wines labelled Etna Rosso.

Though the number of daring producers on Etna has multiplied several-fold to about 100 in recent decades, wines made from nerello mascalese can be hard to find, with spotty availability in Canadian stores. The most prominent producer may be Tenuta delle Terre Nere, founded by American-born importer Marco De Grazia. Others to seek out, particularly if you happen to be vacationing in southern Italy, include Cottanera, Benanti, Frank Cornelissen (who makes old-school "natural" wines using terracotta amphorae) and three larger Sicilian producers from elsewhere on the island who've expanded onto Etna's slopes: Corvo, Planeta and Tasca d'Almerita.

You probably wouldn't want to live on a fearsome volcano, but at least you can taste something that does. 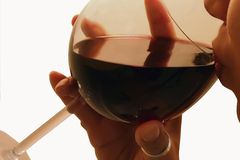 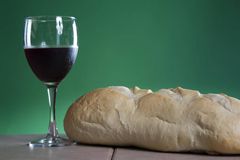 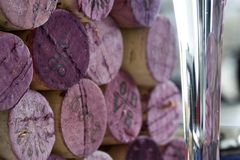