For grape growers in British Columbia's Okanagan Valley, the best of times always come with a threat of the worst. That became apparent earlier this month as wildfires swept through the southern interior near the Washington border, tragically destroying homes and narrowly missing vineyards farmed by such wineries as Church & State and Road 13. Twelve years earlier, the call wasn't so close, at least for a few vineyard owners, as an even more devastating blaze ravaged parts of Kelowna to the north.

What both events had in common was something that's brought more cheer than tears to much of the region so far this year: great grape-growing weather. Consistently sunny, dry conditions that turn surrounding forests into tinder boxes are a boon to wine farming. And by some accounts, barring a downturn in fortunes, such as more fire or ill-timed harvest downpours, the summer of 2015 could turn out to be one of the best Okanagan vintages in recent memory.

"The weather has been perfect so far," said Grant Stanley, director of viticulture and winemaking at 50th Parallel Estate in Lake Country, north of Kelowna, where the growth cycle is a few weeks ahead of schedule. "We're thinking this could be a great harvest."

Although consistent rainfall is crucial to many other crops, wine grapes are more like me, uncomfortable in rain and humidity. Dry conditions push a vine to concentrate resources on fruit production versus wasting energy growing a flamboyant leaf canopy. They also restrict berry size, increasing the skin-to-pulp ratio, which yields less juice but more intense flavour and wine colour, specifically in reds. Another bonus: Thicker skins help protect against potential damage from mould if moisture does eventually set in.

Like most dry-region vineyards, 50th Parallel employs drip irrigation through suspended hoses beneath the fruit line to relieve plant stress during particularly arid periods. "We view a dry summer like this as an absolute bonus, not a negative," Stanley said. "It puts us in a complete control position."

But it's hardly all said and done. The staggered harvest process, just getting under way, won't be over likely till the end of October for some of the more financially rewarding, late-ripening varieties, such as merlot, syrah and cabernet sauvignon. That leaves the flank open for possible autumn rains that can plump up berries and dilute flavour.

"What happens if you have a great year up until those weeks?" asked Sandra Oldfield, chief executive officer of Tinhorn Creek Vineyards in the south Okanagan. "Can you consider it a good year?"

But if she had to choose between this summer's "wildly different," extremely early vintage and another, "I would take this year in a heartbeat," Oldfield added.

There's another potential hazard lurking in the forest, too, though. Bears and deer, starved of their usual forage crops because of scarce precipitation, have already been poking their noses out of the tree line in search of a convenient lunch. "I expect that deer and all the animals will be looking to subsidize their diet with grapes, for sure," Stanley said.

In other words, when it comes to grape growing in the Okanagan, you're never out of the woods unless the bears and deer stay in the woods.

Until the promising 2015 crop reaches wine stores next year and beyond, I offer some worthy choices from recent vintages, mostly available in the West (with B.C. prices listed).

With a French name that means "joy," an owner who's a chef, and a roster of wonderfully aromatic wines tailor-made for a picnic, Joie always struck me as a wine-country destination that really ought to be open to the public. But it wasn't. That changed this year as proprietor-winemaker Heidi Noble, the chef, christened a tasting room and "Picnique" area complete with a wood-fired pizza oven and charcuterie plates. More serious than your average picnic wine, though, this splendid, complex white is better spared for a fancy dinner of rich fish or poultry dishes. Full-bodied and rich with pineapple, peach and vanilla flavours, it's toasty and finishes with crisp acidity. Available direct from the winery and private BC stores. $38 in Alta. joiefarm.com

First produced in 1999, the Nota Bene red blend quickly drew comparisons with trophy California reds, earning the "cult wine" descriptor from B.C. and Alberta collectors close enough to score a rare bottle. That loyal following helps explain the high price, though the number has held steady for the past six years, following the winery's purchase and expansion by a partnership headed by Alberta entrepreneur Glenn Fawcett. The 2013 vintage, a mix of cabernet sauvignon, merlot and cabernet franc, combines rich berry characters with ample toasty oak. Imagine, if you can, raspberry syrup with chocolate sauce, toffee and strong black coffee dusted with cedar chips. Cellar it for up to 10 years. Available direct, blackhillswinery.com

Here's a wine bottle with a built-in parlour game. Taste it "blind" and try to guess the constituent grapes (wine geeks only, of course). Then peel back the capsule around the neck to reveal the answer. Spoiler alert: It's made from merlot, malbec, cabernet sauvignon and cabernet franc. Full-bodied and smooth, it suggests blackberry, vanilla, mocha, cedar and spice, with just the right amount of juicy acidity. Available direct and through private stores in the west, laughingstock.ca

At 7.8-per-cent alcohol, this white will induce less of a buzz than many craft beers. But it's happy juice for fans of fine Mosel-influenced riesling. Light and medium-sweet, it's got a plump core bursting with orchard-fruit flavours reminiscent of green apple, pear and lime, with sticky-rich extract well balanced by fresh acidity. Available direct, summerhill.bc.ca

Medium-full-bodied, with a smoothly buffed texture, here's a red with precisely tuned ripeness. Notes of blackberry and plum dance a jig with lively spice, cedar and tobacco, finishing with tangy, food-friendly acidity. tinhorn.com

Such an unusual aroma for a red – floral and sweetly perfumed, like quality hotel soap crossed with a bowl of cherries. Smooth yet dry, with a light carpet of fine-grained tannins, it shows plum, chocolate and spice on the palate, with nary a trace of soap. $19.95 in Ontario. gehringerwines.ca

The label – make that, labels, plural – may never get over being the main draw here. Vancouver design firm Brandever came up with a grabby conceit: dozens of cheeky text-message clichés and contemporary sayings printed in simple bold fonts – one per label – churned out randomly from the bottling line. In other words, there's one red and one white wine, but many labels to choose from on the shelf, including "Sh*t Will Hit the Fan" and "WTF Are You Talking About?" They certainly stand out, but I wonder if the novelty will come across to some shoppers as something more in keeping with custom-labelled U-brew juice than premium wine. That said, the 2013 red, a blend of merlot, cabernet franc, malbec and petit verdot, is eager to please with its jammy fruit, silky texture, spicy edge and lively acidity. Churchandstatewines.com

Global warming is ruining some prized French red wines
May 28, 2015 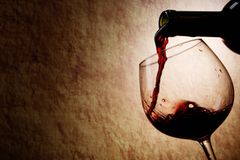 Why you should take wine ratings with a grain of salt
August 18, 2015 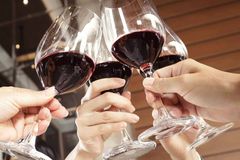