Drinking trends are fickle and often contradictory things. Lately, anything aged and complex is red-hot, from bourbons to tequilas to single malt whiskies, and the older the better. And yet, youthful flavoured spirits such as imaginative gins, spiced Canadian whiskies and all manner of juiced-up vodkas are also making headlines. One spirit can satisfy both the aged and flavour trends: rum.

Distilled from sugar cane molasses, rum has long been lumped in with tequila as a mere party spirit, worthy only of sweet tropical cocktails or mixing with sodas. It's thought of as clear or light amber in colour, benignly sweet in character and seldom imposing in flavour.

The stereotype has been changing of late as aged and spiced rums make their way into more than just shots and shooters.

Where aging is concerned, rum's secret weapon is the Caribbean sun, which stimulates much greater interaction between the spirit and wooden barrel than would occur in, say, the far chillier north of Scotland. This so-called "Caribbean aging" means that by some estimations one year in a barrel in the south is the equivalent of as much as two or three in the north.

Consumers are getting a taste for these stronger flavours. Ontario's LCBO and British Columbia's Liquor Distribution Branch both report that, while sales of white rum are down, the slump has been more than offset by the increasing popularity of aged, dark and spiced rums. In B.C., a spokesperson for the LDB states that the province has witnessed "a growing trend towards aged and premium darker rums," while close to 25 per cent of the Ontario rum market is now made up of spiced rums, according to the LCBO.

Either way, spiced or aged, there is now a lot more to rum than Cuba libres and Bahama Mamas. These recent arrivals are worth sipping slowly.

Captain Morgan Bold (currently Captain Morgan 100) At 50-per-cent alcohol, this rum (in the midst of rebranding), is not for the timid, with vanilla, candied orange and ample strength evident on the nose. Still, it is surprisingly soft on the palate, with a sweet and peppery spiciness accompanied by a lingering, boozy heat. Mix with ginger ale over ice. ($27 to $29.50/750 ml)

Lamb's Black Sheep Sweet and cinnamony, this light amber rum boasts cinnamon-cookie notes on the nose and is liqueur-like in its sweetness, laden with vanilla flavours, some natural and others artificial. Serve chilled as an after dinner digestif. ($25 to $28/750 ml)

Chic Choc Made with Caribbean rum and botanicals from the Gaspé Peninsula, this deep amber rum has a rather foresty aroma and an almost fruity body, with notes of red currant and piney spice. Shake over ice with bitters for an appetizing apéritif. ($34 to $35.50/750 ml)

Bacardi Fuego With the most assertive and peppery aroma of any of the spiced rums, this is a fairly intense challenger, sweet with a complex mix of vanilla, nutmeg, red pepper and allspice, among other spices. Play with this when crafting new cocktail creations. ($26 to $30/750 ml)

Mt. Gay Black Barrel This Bajan rum walks the line between spiced and aged by spending time in heavily charred oak barrels, which gives it a vanilla-soaked and allspice-accented aroma and flavour, all without the use of extra spice. Pair with ginger liqueur in cocktails or savour over ice. ($40 to $44/750 ml)

English Harbour 5 Year Old Spicy in its aroma, this Antiguan rum begins remarkably soft and smooth, with hints of caramel apple, grows spicier in the middle with notes of allspice and orange zest, and finally finishes dry and a bit boozy. Mix half-and-half with cola or sip on its own. ($32 to $38/750 ml)

El Dorado 8 Year Old An exceptionally mature Guyanese rum that boast aromas of orange toffee and licorice and sweet flavours of brown sugar and baked apple, with a long and languorous finish. Enjoy neat or as part of a rum-based Manhattan. ($30 to $32/750 ml)

Flor de Cana 12 Year Old The years have blessed this Nicaraguan rum with a refined and restrained character that opens up with a drop of water into a rich and round mix of molasses and spiciness, with soft floral notes appearing in the second half. Serve over one small ice cube and linger as it melts. ($34 to $45/750 ml)

Shake all ingredients together vigorously with ice, then double strain neat into a single old-fashioned glass. 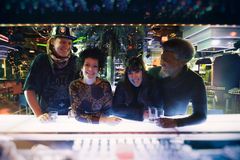 The Ultimate Radler
July 28, 2015
Follow us on Twitter @globefoodwine Opens in a new window
Report an error Editorial code of conduct
Due to technical reasons, we have temporarily removed commenting from our articles. We hope to have this fixed soon. Thank you for your patience. If you are looking to give feedback on our new site, please send it along to feedback@globeandmail.com. If you want to write a letter to the editor, please forward to letters@globeandmail.com.
Comments