I have a new favourite beer for barbecue. It's quite the mouthful, in name as well as flavour. It's called Olvisholt Brugghus Skjalfti and it comes from one of the last places you may associate with hearty beer for sauce-slathered ribs: Iceland.

We don't see much brew from that island in Canada, even though Manitoba boasts the largest Icelandic-heritage community outside the country. Fish, aluminum and the eclectic pop music of Bjork are much bigger exports. The reason has as much to do with political history as with poor distribution or the country's teensy population of 320,000. Iceland was a stronghold of prohibition, which ended in 1989.

I should say beer prohibition. All booze was outlawed from 1915 to 1935, but the ban was upheld for "strong beer" containing more than 2.25-per-cent alcohol. Temperance advocates argued that beer presents the most damnable temptation because it's cheap. Crafty Icelanders soon came up with a ghastly sounding way around the ban. They spiked their near beer with hard liquor in a cocktail dubbed "pilsner" with a wink.

Eventually a surge in international travel led to a more enlightened take on suds. The beverage was legalized on March 1, 1989, now celebrated annually as Beer Day with pub crawls and merry toasts to the country's favourite lubricant.

I'm not sure what's worse, ersatz pilsner, bathtub gin or abstinence. Only slightly better, I imagine, is the slew of cheap, watery lagers Icelanders soon flocked to. I'm talking big-brand dreck from Europe as well as domestic stuff like Egils Gull and Thule.

In the past five years, craft brewers have begun to sprout on the island like Arctic poppies from caribou dung, led by Olvisholt Brugghus, which was founded in 2008. In December, I enthused about Olvisholt's Lava, a deliciously thick, smoked imperial stout. Ontario liquor stores also have imported limited supplies of the brewery's flagship beer, Skjalfti, with Manitoba expected to follow.

Technically, it's a lager, but the brew shares about as much with mass-market lagers as Bjork's inventive compositions do with Celine Dion's stock ballads. It's got edge. The colour is mid-amber and enticingly hazy. On the palate, it's medium-bodied and delectably bitter, closer to a craft-brewed India pale ale than to Molson Canadian. Fruity and substantial, it finishes with notes of caramel and citrus. The key to a good pairing for barbecue sauce is that sweet-bitter balance. Skjalfti also is light enough to underpin rather than overpower lighter fare, such as grilled shrimp or chicken.

If you can't find Skjalfti, another style I favour next to the grill is wheat beer (sometimes called white), typically flavoured with orange peel and such spices as coriander. Generally unfiltered, they also tend to be cloudy. When made well, the spice counterbalances the citrus nicely, like a well-made barbecue sauce.

Malty, with a solidly hoppy backbone, it's medium-bodied and vaguely sweet. But the acidity and hops balance out the fruit and caramel core. Thunder from the tundra. Alcohol: 5.3 per cent.

Pale golden and slightly hazy, this Belgian-style wheat beer serves up a little kick of clove and coriander and a nuance of bread dough along with citrus. It's dry with a delicate toasty note on the finish. I like the fine effervescence and crispness. Alcohol: 5 per cent.

Medium-gold and creamy, this is another lager that wants to hang with the pale-ale hipsters. Or perhaps I should say pilsners. Inspired by the Bohemian pilsner style, it exhibits more bitterness than the average lager lover might anticipate, and I like that. Malty-sweet at first, it dries up nicely on the clean finish. Alcohol: 5 per cent.

Great Western Brewing was born when 16 former Molson workers saved their downtown Saskatoon plant from the wrecking ball 20 years ago. This new beer is named for the founders. Made with Prairie barley, it's clear in colour, light, crisp and clean, with fine effervescence and moderate bitterness. It's available in Manitoba, Saskatchewan, Alberta and British Columbia. Alcohol: 5 per cent.

A so-called Abbey beer, it's made by a company with legal rights to the name of a defunct monastery brewery. It plays to the middle and is not likely to impress fanatics for rich Trappist beers. But I like its roundness and banana-like fruit and creaminess. Alcohol: 6.8 per cent.

A proprietary process apparently injects finer bubbles into the brew to better preserve the hop and yeast flavours. Introduced in late 2009 in Quebec, the beer is now available nationally. The bubbles do seem more effervescent than foamy, resulting in a clean profile, with hint of sweetness and note of green apple. But the flavour is mostly like a car between gears, stuck in neutral. Alcohol: 4.9 per cent.

A vodka cooler good enough for a wine critic? It actually exists
May 12, 2011 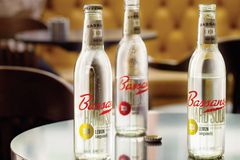 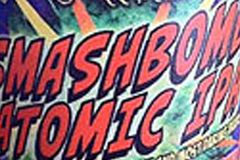