Some whiskies are smoky. Others are very smoky. Then there's Ardbeg, a fireplace in a bottle. A whisky so smoky it could be fined for violating clean-air bylaws.

Enjoy smoke in your whisky? Some people don't, and I understand; sometimes it can overwhelm the sweeter, maltier flavour of the underlying grain and the butterscotch-vanilla essence of barrel aging. I tend to like smoky styles a lot, especially in the fall and winter. Maybe it's an inner caveman thing. Or a prior life as a chimney sweep.

Fans of smoky whisky often cite two iconic names, Laphroaig and Lagavulin. Those are neighbouring - and superb - distilleries on the island of Islay, source of Scotland's most smouldering spirits. Also nearby is Ardbeg, a name with a good excuse for lagging in the popularity stakes. Though nearly 200 years old, the distillery fell on hard times and was closed in 1981, before the single malt boom ignited in earnest. For much of its history until then, the facility mostly supplied base whisky to the large houses that make smooth, blended brands from dozens of components across Scotland. Reopened and 1989 with spotty production, it was bought in 1997 by Glenmorangie, a well-known single malt brand controlled by the luxury goods giant LVMH, and restored to produce a range of top whiskies in its own right.

Robust would be a good description of the Ardbeg style, the smoky essence partly owing to the malted-barley drying process over peat-fuelled fires and partly to the peat-laden local water supply on the south shore of Islay In just 13 years Ardbeg has become a favourite of connoisseurs. In 2008, Jim Murray, the respected U.K.-based writer and author of Jim Murray's Whisky Bible, awarded Ardbeg The Ultimate 10 Years Old "World Whisky of the Year." Its sister whisky, Ardbeg Uigeadail, garnered the same honour the following year.

The product returns today to Ontario shelves through Vintages stores. (Supplies are limited, so the product tends to disappear quickly after each new shipment. In Ontario and Quebec, there are usually just one or two small shipments a year.) The 10 Years Old also is currently available in British Columbia and Alberta.

Deceptively light in colour and big on aroma flavour, with a core of barley persisting through a cascade of hardwood smoke, sea breeze, anise and peppercorn. Remarkably poised and agile - a welterweight boxer with a heavyweight punch.

Distilled entirely from corn - unlike its Irish kin, which are usually made from malted barley plus corn or other grains - it's exceptionally round, smooth and almost sweet. The lighter corn essence makes a nice understated canvas for nuances of bourbon coming from the used American bourbon casks. Jim Beam, but with a lot less swagger.

From a top producer in the hills near Naples, this elegant, light-bodied white is simultaneously silky and lively, with subtle citrus, herbs and mineral flavours carried through to a crisp finish. Great for light seafood dishes.

A relative bargain from Burgundy, this elegant, medium-bodied white starts off silky and round, with flavours of tropical fruit and red apple, then finishes with a trace of mineral and crisp acidity. Versatile as a food partner.

A turbocharged Valpolicella from the Veneto region, this mid-weight red has an attractive fruity-floral aroma, with a core reminiscent of fresh grape must as well as notes of cherry juice, licorice and fennel. A good choice for braised meats and a crowd pleaser for a wine-and-cheese gathering.

I like this wine, but don't go near it if your tastes run strongly toward soft, supple reds. Widely planted in Macedonia, the Xinomavro grape usually delivers a bracing slap of firm acidity, as it does here. But there's impressive fruit concentration to establish balance, with added layers of herbs and spice. Not unlike a rich barbera from Piedmont - sort of. Pair it with charcuterie or grilled lamb.

Another red with considerable bottle age, this full-bodied, powerful blend of tempranillo, malbec and merlot delivers blackberry, fig and minerals as well as some prune and forest-floor leafiness coming from the extended time in bottle. I even detected a faint note of seared salmon skin - in a good way. Complex and worth the money. Roast beef would make a good match.

Not often does one see an aged Australian red on the shelves. This big, silky bruiser from the Barossa Valley is just six years old but you can taste the evolution, with its faint touches of underbrush and dried fruit. Vaguely suggestive of a young tawny port, only without the sugar and slightly less alcohol, at 14.5 per cent. 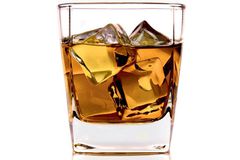 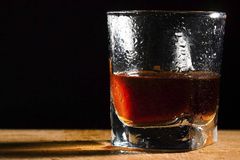 Wine scoring explained
October 1, 2010
Raising our spirits, one Celtic tipple at a time
March 14, 2009
Cristal has the last laugh in bubbly brouhaha
October 12, 2010 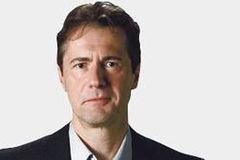 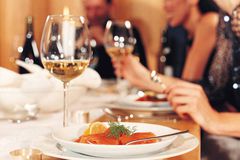