There is nothing quite like Champagne. Or is there?

Champagne's powerful brand has no equal in the wine world. To some, it's the C word that matters, not the producer, style or ultimate quality - paramount considerations with most other regional wine categories.

It's true. Most Champagne is good (if often overpriced) and not merely because of the bubbles. The Champagne region of northern France, from which all the true-blue stuff comes, is blessed with well-drained, chalky soils that build character and distinctive flavour in the grapes. If you've been there, just east of Paris, you'll know that it's also cold by French-vineyard standards. Brisk temperatures preserve grape acids. Good, dry sparkling wine always delivers an electric jolt of acidity. In contrast, hot, sunny climates tend to favour bold, still reds, whose grapes must hang longer on the vine in autumn to ripen fully and shed acid in favour of sugar.

But Champagne today has serious competition. The region has a monopoly on its name, thanks to international trade agreements, but not on its ski-jacket autumn weather. Even the soil composition, formed from fossilized sea shells, shares much with other vineyard zones.

Brilliant sparkling wines now come from all over the globe, including, most notably, northern California, New Zealand, Tasmania, southern England and other regions of France, such as Alsace and the Loire Valley. Canada, too, is building a sparkling future, in the Okanagan Valley of British Columbia, Niagara and Prince Edward County in Ontario and Nova Scotia's Gaspereau Valley. A new release from the superb boutique producer Blue Mountain Vineyard and Cellars in British Columbia - made according to the meticulous bottle-fermented method that gives most great bubblies their rich, yeasty flavour and pinpoint effervescence - holds its own against an impressive field of new non-Champagne releases in this market.

Available in British Columbia direct from the winery, this blend of pinot noir, chardonnay and pinot gris was aged for a relatively long 24 months in bottle, like decent Champagne, to mingle with bubble-producing yeast. An almost-sweet lemon core resolves into a bone-dry, toasty finish. The big draw here is the texture, though. Its bubbly mousse is delicate and smooth rather than vigorously frothy. Tough to limit yourself to just one glass; it goes down so easily.

Many great sparklers are made at least in part with pinot noir, a red grape whose juice is usually extracted away from the pigment-bearing skins prior to fermentation. The skins managed to impart of fetching coppery hue to this wine. Tasty pear and lemon are in evidence here along with a note of well-baked, crusty bread.

Frothy and big on apple and lemon, this offering from Niagara has a subtle note of minerals and a tangy, medium-long finish.

You get the feeling you're tasting chalk here - in a good way. It's bone-dry and brimming with complex flavour. My mind conjured up apple sauce and E.D. Smith Lemon Spread on toasted bread.

From the California property of French Champagne house Moët & Chandon, this is exceptionally rich for a New World offering, with plenty of bread dough and toast adding complexity to the slightly but attractively oxidized sherry-like essence. Expensive but impressive.

This is pricey, but the French house of Louis Roederer considers it its California analogue to its flagship, $300-a-bottle Cristal Champagne. On the vaguely sweet side, it delivers a burst of lemon-drop flavour and background of yeast and apple pie. Good, but it's been better in previous years.

This is well-priced, with a faint coppery colour and flavours of pineapple and bread dough lifted by a dry, mineral-laced finish.

From the Alsace region of France but still made in the meticulous Champagne method (like all other wines in this column), this is one for mineral fanatics like yours truly, dancing on the tongue with a chalky tingle and crisp green apple.

A big bargain, this won a French gold medal in a competition alongside similar-styled wines. It boasts lemon juice and apples, with a frothy mousse. Think elegant bubbles for a holiday gathering where Champagne may be prohibitive. Prosecco: the sizzle and the fizzle
November 9, 2010 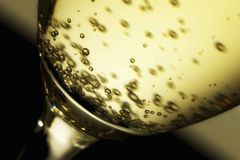 Liquor shopping: start early and splurge
December 3, 2010
Follow Beppi Crosariol on Twitter @Beppi_Crosariol
Report an error Editorial code of conduct
Due to technical reasons, we have temporarily removed commenting from our articles. We hope to have this fixed soon. Thank you for your patience. If you are looking to give feedback on our new site, please send it along to feedback@globeandmail.com. If you want to write a letter to the editor, please forward to letters@globeandmail.com.
Comments