Before "vintner" and "celebrity" merged into a popular expression, there was Francis Ford Coppola. In 1975, the legendary director, who actually grew up with wine made by his Italian-immigrant grandparents, purchased land in Napa Valley with earnings from the first two Godfather movies. He bought well. The property had once been part of a famed estate called Inglenook, created in the image of a great Bordeaux château by Finnish-born mogul Gustave Niebaum in the late 1800s. To this day, Inglenook's 1941 cabernet sauvignon is considered by some critics and auction appraisers to be one of the most coveted wines ever made.

But by the 1970s, the historic château, part of the land and even the Inglenook name had been sold off. Mr. Coppola spent almost 40 years rebuilding lost glory, buying back the château and adjoining land in 1995 with tidy proceeds from Dracula and, last year, the Inglenook name. He also recently hired star winemaker Philippe Bascaules from vaunted Château Margaux in Bordeaux to be general manager. The 73-year-old Hollywood icon spoke with The Globe and Mail this week in Toronto.

When did you first taste great wine and start collecting?

When I was 23 I became a screenwriter, and they sent me to Paris to write a script called Is Paris Burning? I collaborated with Gore Vidal on that. And Gore Vidal was an urbane man and knew a lot about wine. That's when I began. Later, I was writing a script for Bill Cosby, who was already a famous comedian playing Las Vegas and Lake Tahoe. Bill didn't drink, but he had all these friends and cronies, and there were all these bottles of Romanée-Conti on the table. I tasted that and thought, this is really delicious. Bill taught me how to play baccarat in the casino, so I took $500 and I won $30,000 one evening. I took the $30,000 and said, "I'm going to buy Romanée-Conti and have a cellar full of it."

Romanée-Conti is a legendary Burgundy. What about Bordeaux?

My brother and I went to this nightclub on the Sunset Strip, a very chic Hollywood place in those days. It was like an insider's movie place, kind of Jack Nicholson-style. They would give the wine to you free, and they had these plastic glasses. My brother and I are drinking this wonderful free wine in plastic glasses and we go, "What is this?" And they said, "It's Château Lafite, it's our house wine."

Why did you sink good Godfather moolah into a dilapidated vineyard instead of just buying more Romanée-Conti?

It was like a dream, that whole period. We had a big home in San Francisco. I suggested to my wife that we buy a little summer house so the kids can go swimming and climb trees. I said, "Let's buy it in the Napa Valley because it's only an hour away, and then we could also have an acre of grapes and every year with the boys we'll stomp the grapes."

I heard you produced your first vintage by treading grapes barefoot.

My father and mother came up, and my boys were there. I said, "Dad, we're going to do it just like your father." And we did. There are stills of us doing it. And there are about six cases left of that wine. I don't know where it is. The winemaker at the time didn't want anyone to think he had made it. So, they put labels on it that said "1977 Coppola Family Wine," and it got put somewhere. I would love to find it. It wasn't bad.

You almost lost the property because of financial difficulties after Apocalypse Now. True?

I had made another film that was really a box-office bum called One from the Heart. It was over that. I had put [the estate]up to the bank. In fact, something no one knows is that George Lucas, who used to be my assistant and had made Star Wars, came to me and said, "Francis, I'll buy the Niebaum estate from you and I'll hold it for 10 years. You can just buy it back." He was offering to save it, which was extraordinarily generous. But it never came to that. I made a deal with the bank to keep it.

What's your goal now with Inglenook?

My only goal is to realize the potential of the fruit that's grown there. In the days of Niebaum, there were wines made there that were considered great. All that began 120 years ago. I think we'd say that we're arguably the only Napa Valley wine that can let you taste a great wine from 120 years ago.

You just opened a wine theme park with bocce courts and swimming pools at a separate estate in northern California. How's that going?

I don't call it a theme park. It's a winery, but it's a different company, with no business connection to Inglenook. It's the Francis Coppola Winery in Sonoma. As Inglenook began to emerge more as a kind of upscale place, I felt bad about the families that used to go there. So, when I divided the company, all these affordable brands like the Coppola Claret had no home. I built that winery in Sonoma as a place where families could go.

Are there similarities between the film and wine businesses?

Definitely. The process is the same, with three stages. In film, you gather the source material. That's the research or the story material or the writing. The gathering in wine is the gathering of the grapes. The second phase in film is, you take what you've gathered, which some days was good, some days was bad, and through the editing you assemble, just as in wine you taste the different lots and then you assemble what you think is the best wine. Then you have the third phase, which is the entire process of finishing, which in film is all the sound and mix and colour correction and finally taking it to the audience. In wine, it's the same thing, the fining and the aging and the bottle aging and ultimately putting it into the package.

Did you see Sideways, the Hollywood movie about wine?

Yes. [Director]Alexander Payne is a very good friend. He has come up and stayed in Napa Valley. In fact, he's coming next week. I liked Sideways when he showed me the script and I said, "Let us produce it." But it was already spoken for.

You went to UCLA with Jim Morrison of the Doors, who sang about wine dying on the vine in An American Prayer. Did you ever have a glass of wine with him?

I knew Jim Morrison pretty well, and I know he drank a lot, but in those days we couldn't afford a glass of wine. He was a very shy, sweet, brilliant guy. And he went out with my sister [actress Talia Shire] When he started the Doors, I was working as a screenwriter. One night they all came to my house and asked if I had any connections that could help them. They brought me their record and I listened to Light My Fire. Two years later, they were a big deal. 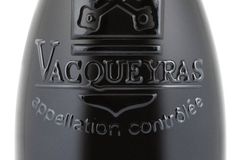 Why Sonoma County deserves the wine spotlight
October 27, 2011
8 wines from lesser-known regions of the world
February 16, 2012 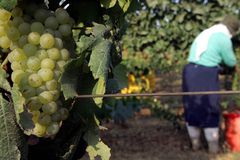