'Tell me what you eat and I will tell you who you are," wrote 19th-century proto-foodie Jean Anthelme Brillat-Savarin. Big deal, I say. That's easy. Here's a more interesting proposition: Tell me your brand of hooch and I'll tell you what party gets your vote in the next election.

National Media Research Planning and Placement, a Republican consulting agency based in Alexandria, Va., recently pored over mountains of U.S. voter responses compiled by Gfk MRI, a consumer polling firm. What it unearthed – assembled into a cool bubble chart – is fascinating. At least it makes for fun bar-room banter.

Fans of clear spirits, including Absolut vodka and Bombay Sapphire gin, tend to back the party of Obama, Clinton and FDR. (The latter, perhaps not coincidentally, sipped his share of gin martinis.) Those favouring amber liquor, including Jim Beam, Wild Turkey and assorted Canadian whiskies, are more in step with Republicans.

The chart confirms a "liberal stereotype" of the two parties, says Will Feltus, NatMedia's senior vice-president for research. "The Democrats [see themselves as] transparent, so they drink vodka – the white goods, they call them. And the dark, evil Republicans are drinking whisky and bourbon."

That colour scheme roughly carries over into wine, too. While wine in general skews slightly more Democrat than Republican, a few premium California brands, such as Kendall-Jackson and Robert Mondavi, are cited more frequently by those on the right. Champagne? If you were to guess fat-wallet Republican indulgence, you'd be wrong. Bubbles, including Italian Prosecco, are more strongly preferred by Democrats.

Though National Media's statistics deal exclusively with U.S. voters, it's easy to extrapolate for Canada given that most of the 50-plus wine and liquor brands in the study are sold here.

In fact, vaguely corroborating figures have been collected in Canada relating to basic beverage categories if not specific brands. An Ipsos Reid poll taken election day 2008 shows wine drinkers in Canada are slightly more prone to voting Liberal. Meanwhile "Tories tend to do a little better among people who drink spirits," says Ipsos Reid vice-president Sean Simpson. But there's an anomaly on the far left. "The NDP do a little bit better among beer and spirit drinkers and not as well among wine drinkers," he added.

A 2011 analysis of federal election results in Ontario by Environics Analytics PRIZM reveals that Conservative voters have a higher propensity to drink rye and rum, while Liberals get more kicks from wine, gin, scotch, cognac and beer. (Sounds like quite the party in two senses of the term.)

Feltus and Simpson cite education as the key factor in ballot-box biases. Better-educated people in both countries tend to swing left, they say, while those who lack a high-school diploma are more prone to lean right. The more advanced your schooling the trendier and more urban your drink, I think, including premium vodkas and gins. Less education and you're more likely to reach for dusty, long-established brands like Kahlua, Irish Cream, Beefeater and Seagram's VO.

Courvoisier, though a brown spirit, skews heavily Democrat in the United States, according to National Media, which may seem counterintuitive given cognac's old-school-luxury heritage. But cognac has become a trendy, aspirational beverage among African Americans, Feltus notes, and African Americans tilt strongly left.

Within the wine category, Feltus's analysis shows that Republicans tend to favour bigger red styles, particularly cabernet sauvignon and merlot, while Democrats have a stronger taste for lighter whites like sauvignon blanc.

My theory: Big reds represent power, like pickup trucks and Porsches, two strongly Republican vehicles according to Feltus. Lean whites are the hybrid vehicles of wine, and hybrids are the quintessential Democrat ride. (For what it's worth, big reds also happen to be classic accompaniments to steak, the poster food of North American conservatives.)

Besides education, age figures strongly into the politics of potation. Vodka and gin are mainly consumed in cocktails. Mixed drinks skew to a younger, more urban – and thus liberal – demographic. Straight whisky tends to go the other way.

"You can see a golfer going in at the 19th hole and ordering a scotch as opposed to a vodka on the rocks," Feltus says. "And golf is the most Republican and the most high-voter-turnout sport."

The age factor also is evident in voter turnout, another variable plotted in the U.S. analysis. Jagermeister, Smirnoff Twist, Bacardi Limon and Pinnacle Vodka – sweet, flavoured spirits all – tend to be downed by young people. That demographic not only happens to identify with the Democratic party (or, in Canada, Liberals and NDP), it also happens to stay away from the polls in droves.

Brand and style preferences aside, one other thing is clear about Democrats and Liberals: They drink more, period. "Democrats have more fun," Feltus says. "It's the old rule: Date Democrats, marry Republicans."

Upholding the stereotype, Stephen Harper, a Conservative, professes to be an abstainer. Meanwhile former Liberal leader Michael Ignatieff has been known to like red wine, a preference seized on by critics who attempted to paint the man as elitist and out of touch with the beer-quaffing heartland.

One Canadian politician who appears to defy potable conventions is Rob Ford, about whose boozing preferences Feltus sarcastically inquired during our phone conversation. When the arch-conservative Toronto mayor was not partaking of less socially acceptable substances, he apparently had enjoyed his share of white spirits, specifically – according to court documents – Iceberg Vodka.

A city hall security report in 2012 also noted that Ford showed up in a state of apparent intoxication at 2:30 in the morning holding a half-empty bottle of St-Rémy brandy. That's a brown spirit, but it's considered something of a poor man's Cognac, placing Ford on-trend with the Democrat-leaning urban youth demographic.

Yes, Ford may be a fiscal conservative, but he appears to be liberal with his liquor. 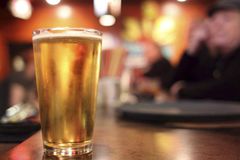 Feeling frugal after the holidays? Try these 11 affordable wines
January 9, 2014 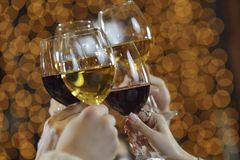 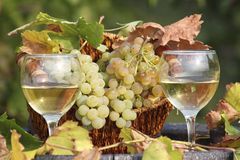