I enjoyed the lesson on whiskey/whisky. Now, can you set me straight on capitalization rules for wines and grapes, and for beer styles (porter, Pilsner)?

Well, I'm glad you enjoyed the rationale for why The Globe spells whisky without an "e" when referring generically to brown, grain-based spirits.

I was impressed by the flood of responses to my dissertation on the spelling of whisky (or whiskey), though clearly the (sometimes strong) opinions are all over the map, and some people failed to take note that the plural form (whiskies and whiskeys) underscores the folly of attempting to honour both spellings when referring generically to the spirit.

As for grapes, they are not proper names and thus should not, I would argue, be capitalized. In English, we capitalize proper names such as Vancouver, Mars and Château Lafite. These nouns refer to specific, one-of-a-kind entities. Yes, I know there is more than one Vancouver (there's one in Washington State), but usually when people trot out the word, they are referring to a specific municipality. In Canada, when I cite Vancouver, you can assume I am speaking of the largest city in British Columbia.

Grape names refer to a class of entities. In that sense, they are similar to, say, "oak" or "maple," which refer to classes of trees. Few people would think to capitalize those words. There are millions and millions of riesling vines and so it is with oak and maple trees.

Many publications do capitalize varieties such as riesling. So does Microsoft Word's automatic spell-check function (I just had to hit the backspace button to lower-case the word and correct those misguided software programmers – so annoying). Curiously, Microsoft fails to auto-capitalize other varieties, such as malbec, so don't count on Word to be the final word.

In fairness, I don't believe there's a hard-and-fast rule. Capitalize-away if you prefer. But the tradition of many newspapers in North America is to minimize the use of upper-case words when there is a clear and inoffensive lower-case option. Sentences simply look jarring when they are chock-full of capital letters.

The field gets muddier when referring to generic wine styles that refer to geographical places. When I use capitals, I am referring to wines from specific, trade-protected appellations. I capitalize Champagne because I want people to know when I am referring to the bubbly from a specific appellation in France as opposed to other bubblies. Plus, there is a generic term for those other bubblies: sparkling wine. Crémant is a term used in France to describe many Champagne-style bubblies not made in Champagne. But I usually don't capitalize the term (unless it begins a sentence or forms part of a specific wine's proper name) because there are many crémant appellations – in Burgundy, the Loire and Alsace, for example.

As for porter and pilsner, I consider them to be generic styles of beer widely produced around the world. So, no, I don't capitalize. Pilsner originated in Pilsen in the Czech Republic, but soon after the beer's invention, it was widely imitated, leading to a style that could be described as generic. When I refer to pilsner, I'm talking about a global beer style, not chiefly the bitter lagers of Pilsen.

Why do you sometimes refer to American whiskey as ‘whisky’?
February 13, 2013 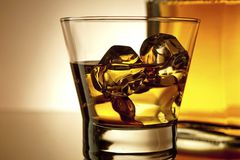 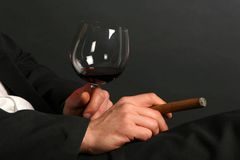 Want to be a better person? Try a glass of riesling, says one sommelier
April 24, 2012 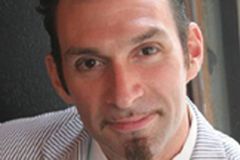 16 steps to help you throw the best beer tasting party
March 16, 2012
Follow Beppi Crosariol on Twitter @Beppi_Crosariol
Report an error Editorial code of conduct
Due to technical reasons, we have temporarily removed commenting from our articles. We hope to have this fixed soon. Thank you for your patience. If you are looking to give feedback on our new site, please send it along to feedback@globeandmail.com. If you want to write a letter to the editor, please forward to letters@globeandmail.com.
Comments