Finally, the big day's almost here. I don't know about you, but I'm excited. I'd be even more excited if by "big day" I could mean this Sunday's Super Bowl. Anticipation for that event in my home was extinguished two weeks ago when the Broncos nudged out the Patriots in the AFC conference championship. Like a good New England fan, I'll be yawning into my nachos as Carolina crushes Denver. And as Coldplay lulls me completely to sleep during the half-time show, I'll dream of the next big occasion on the calendar that's actually worth a sparkling-wine celebration, Valentine's Day.

It helps to ponder that big day in advance because many special wines, like a couple of the Canadian offerings below, are available mainly through direct purchase from the estates. If you're like me, you'll also want to slip that bottle in the Frigidaire ahead of time. Wine for Valentine's should be consumed the evening of, not handed over as a lukewarm gift to be stashed away for another fête. Even if your plans involve a restaurant, consider pouring a "pre-drink" at home before calling the cab. (You might just shave $30 off your restaurant bill in cocktail costs, which will cover the price of the bubbly – nudge, nudge, wink, wink.)

Given the occasion, I trust you won't find it cheesy for me to include a preponderance of rosés in the selections here. There is, in fact, nothing cheesy about a Valentine-blush colour where quality sparkling wine is concerned. In the high-end Champagne world, rosés tend to be more expensive and more coveted. They get their tint in either of two ways. Red grape skins are left to steep only briefly in contact with the clear juice after pressing, or the wine is produced like a normal white – with no skin contact – but later stained with a small dose of red wine later on.

Some people believe the added injection of red-skin flavour and antioxidant tannin yields extra body and cellar-worthiness. I'm inclined to agree, but I also think it's just plain seductive to gaze at.

It's still something of a local secret, but Nova Scotia makes stellar bubbly. Quebec-born winemaker Jean-Benoit Deslauriers brings the estate's signature high-tension edge to this rosé. It's light-medium-bodied, with a strawberry centre and fresh-bread nuance energized by lemon zest and chalky minerality. Available in Nova Scotia liquor stores and direct from the winery at benjaminbridge.com.

B.C. sparkling-wine pioneer Blue Mountain puts as much devotion into its bubbly production as I do into my bubbly consumption. The colour of this delectable wine is faint blush, like deftly applied rouge on a pretty face. It's a fittingly light tint given the wine's delicate profile and high-voltage acidity. That said, it's smooth in the middle, showing sweet strawberry and apple-sauce characters. It's remarkably easy to drink, which might make for a very happy Valentine's Day. Available in select private stores and direct at bluemountainwinery.com.

You may remember Lambrusco. Maybe not. It was popular in North America almost before wine was popular. Back in the 1960s and early 1970s, the spritzy, sometimes sweet Italian red was on a par with Coke and Pepsi. It was soda pop, but with a splash of alcohol. Newly trendy, its quality has generally and significantly improved. This is one of the better offerings at a reasonable price. Dry, it's lightly tinted, with moderate carbonation and notes of tart cherry and apple, with a firm acid spine and touch of bitterness. Perfect for a charcuterie board. Available in Ontario.

The flashy bottle might scare away most "serious" wine buyers. Curvy like a bowling pin, it's coated in reflective faint-pink foil, like a Christmas-tree ornament. But the price is decidedly premium, suggesting it's not exactly aimed at someone like the Dude, Jeff Bridges's scruffy, bowling-obsessed character in The Big Lebowski. What a pleasant surprise. It's simultaneously fun and seriously crafted. Fermented according to the big-tank charmat method common to Italian proseccos (versus the more involved bottle-fermented Champagne process), this pinot-noir-based rosé is a whisper sweeter than its bone-dry "brut" billing would suggest, with a rounded strawberry and green apple essence; $27.49 in British Columbia, various prices in Alberta, $27.99 in Manitoba.

B.C.-born Bruce Ewert, who worked in the Okanagan Valley (and elsewhere) before moving east with his Nova Scotia-born wife, Pauline Scott, released Nova Scotia's first Champagne-method sparkling wine back in 2008. The local industry owes much to his foresight, and his careful hand is in evidence in this certified-organic blend of l'Acadie blanc, seyval blanc and maréchal foch grapes. Technically dry, with a touch of sweetness, it's got a core of cherry and raspberry jam lifted by citrus zest. Available direct at lacadievineyards.ca.

Prosecco, Italy's immensely popular sparkling wine, doesn't get much more blue chip than this. From one of the style's most respected producers, this white bubbly bursts forth with red apple and sweet lemon-drop flavours carried on an active froth. Balanced and compelling. Various prices in Alberta, $21.75 in Quebec.

Jost, Nova Scotia's pioneering winery, named this delight "selkie" after the folkloric creature that transforms from seal to human. The wine performs a bit of a trick, too. Sweet and musky, it manages to stay lively and light (at just 8.5-per-cent alcohol), with a gentle spritz that's tame enough to accommodate a regular screw cap versus caged cork. Perfect for light, moderately sweet cakes and cookies. Available in Ontario at the above price, $19.99 in Nova Scotia, $19.99 in New Brunswick, $20.27 in Newfoundland.

Rose-petal pink, this is made in the Champagne method, with its second fermentation conducted in bottle, but, unlike most Champagnes, it's a tad sweeter than off-dry, with charming, cheerful candy-like fruit flavours. Available in select Ontario LCBO stores and direct at fromtheboscfamily.com.

Forget what you’ve heard. Rosé wines are great, and sales are booming
May 15, 2018 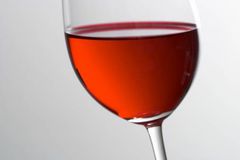 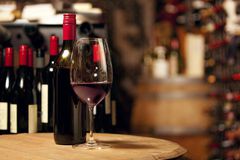