In Toronto's German-inspired beer hall, Wvrst, there's a big white dry-erase board with a handwritten list of dates. Each one is an occasion when the bar's draft lines were cleaned, going back two months or more. It's a bold statement in today's bar and restaurant world: Even with the current popularity of craft beers, lacklustre maintenance of the taps and hoses that draw your beer from keg to glass remains a very real concern.

"I was sitting at the bar one day with Aldo [Lanzillotta, Wvrst's owner] when a customer made a comment about the draft lines," recounts Wvrst general manager Pat Thomson. "After we reassured him that they had just recently been cleaned, he mentioned how great it would be if bars would promote their cleaning schedule. We started posting dates shortly thereafter."

Which means that in at least one Toronto bar you're guaranteed to be drinking from spotless draft lines, but what about in the rest of Canada's pubs, bars and restaurants? And more to the point, what does it mean to you if the lines aren't kept spotlessly clean?

Well, have you ever ordered a draft beer that tasted a lot like butterscotch? That likely came from a compound called diacetyl, which could have developed in the brewery, but also might have been born in the draft lines. How about a beer that wasn't meant to be sour, but was? That could have been the work of back-of-the-taps bacteria. A musty aroma and flavour? That might have resulted from a brewery process (the use of funky Brettanomyce yeasts to add complexity, for example), but it could also have developed at the taps.

On the positive side, dirty draft beer won't hurt you, no matter how much sludge might build up in the lines; even in low concentrations, alcohol acts as an antiseptic. Contrary to legend, neither will it worsen how you feel the next day, since hangovers are caused by quantity rather than quality.

Further good news comes from Martin Schuster, a technology specialist with the draft equipment consultancy Liquid Knowledge, although he delivers it with a rather important caveat.

"I'd guess that 90 per cent or more [of North American bars and restaurants] maintain acceptable schedules for draft line cleaning," Schuster says. The real issue, he says, is probably not one of frequency, but rather of effectiveness. "How well the line cleaning is performed, with what chemicals and procedures, and whether or not long-compromised lines that can no longer be properly cleaned are periodically replaced:These are the more relevant questions."

Schuster's concerns are echoed by Ray Daniels, founder and director of the Cicerone Certification Program, which offers four levels of beer knowledge accreditation. "Poor line cleaning is certainly a key issue when it comes to overall beer quality in North America," Daniels says. "As with so many aspects of customer service, a lack of complaints doesn't mean that everything is fine. When [customers] decide not to have another beer or to move to another place where the beer tastes better for the next round, dirty lines equal lost sales."

One of the issues that bedevils breweries in Canada still is the provincial control over what services they are and are not allowed to provide to their client bars and restaurants. In Ontario, for example, it is perfectly legal for breweries to offer to keep their draft lines clean – many do, including Steam Whistle, Great Lakes and Muskoka Brewing – while in British Columbia it is not.

Neil Herbst, co-founder of Alley Kat Brewing in Alberta, where brewery-sponsored line cleaning was just recently deemed to be an unfair "incentive," says that most cleaning is handled by independent, third-party companies.

"In Alberta, line cleanliness is pretty much top of mind these days," Herbst says. The reason for this, he speculates, may be the presence of a large variety of imported draft beers that can be "incredibly expensive." Since dirty or infected lines can lead to a great deal of wasted beer – bacteria and filth can actually constrict the flow of beer, causing excessive foaming at the tap – owners have a financial incentive to keep their lines clean.

Ultimately, the pivotal role in all of this falls to the beer drinker. When beer isn't tasting right, it's up to the drinker to let the bartender or server know that something is wrong or vote with their feet and move on to another establishment. And with consumers having steadily increasing beer knowledge and understanding, that is exactly what they are doing, Herbst says.

"Now I go into bars and you see people sending beers back if they think something is wrong," he says. "You would never have seen that 10 or 20 years ago. Back then, you just didn't send beer back, period." 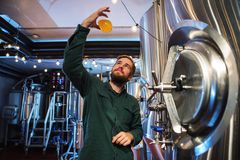 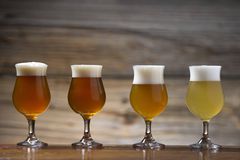 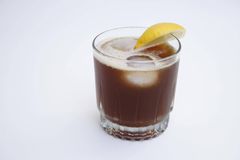