Ask three wise sommeliers to name a few wine regions noteworthy for consistent value and you'll get no shortage of intriguing answers. Surprisingly, you also may get very little overlap. That's how big the wine world has become. I conducted the exercise recently and was directed all over the map (or, rather, almost all over; predictably, there were zero votes for California, Burgundy and the Médoc).

Care to guess where I found the strongest consensus? Italian white wines, a much-improved and dynamic category that just a few decades ago I'd say was barely more exciting than tap water.

(I should specify that by "value," I did not strictly stress bargain-basement, $10-and-under wines, because that generally is not the sommelier's playground anyway. My definition covered slightly more serious fare, priced at roughly $12 to $25, because that's where I think quality-price ratios can get dramatic and interesting.)

Heather Rankin, sommelier and co-owner of Obladee Wine Bar in Halifax, expressed similar enthusiasm for Italian whites. Pinot grigio may grab much of the mass-market attention, she said, but the category is enormous. It includes such wines as Gavi, Soave, ribolla gialla, arneis and friulano from the north; fiano, greco and inzolia from the south; and pecorino, vernaccia and vermentino from various regions in between. "I find them so well-priced, and such great wines," Rankin says.

A conspicuous case in point: Roberto Anselmi in the Soave district. His San Vincenzo, a blend based mainly on the local garganega grape, sells for $21 in Nova Scotia stores (and at various prices elsewhere, including $16.95 in Ontario, where it's on sale for $15.95 until Feb. 25). Rankin finds it remarkable that more people haven't taken notice of the wine. "I couldn't give it away," she says. "Sometimes I think price dissuades people. They're, like, 'Why is this so cheap? It must not be very good.' "

For Shane Taylor, wine director at CinCin Ristorante + Bar in Vancouver, the Marche region stands out in particular. More or less the hamstring of Italy's boot, above the knee on the Adriatic coast, it specializes in verdicchio, a fleshy yet crisp variety often redolent of almond, lemon and herbs. "It got a little trendy but it's kind of died off a bit," Taylor says. "The bang for the buck is incredible, a world-class Italian varietal. … There's just so much going on in the glass."

Here's a bit more of what they had to say.

The Rhône Valley: "We find that there are really beautiful wines at affordable prices coming out from fantastic producers all over the region," says L'Abattoir's Haley. That goes for the reds, which are based mainly on grenache, syrah and mourvèdre and start with entry-level Côtes du Rhône at roughly $14 to $22. But it also applies to the lesser-known whites, many also from the large Côtes du Rhône appellation and made from such varieties as soft-yet-fragrant grenache blanc, roussanne, viognier, bourboulenc and clairette.

Portugal: Haley says the Douro region, long-famous for fortified port and now a formidable dry-wine destination, merits consideration by those who seek Napa-style richness without the nosebleed prices. "A lot of people, myself included, sometimes you want that power, you want the tannin, you want the big fruit, you want something that could have handled a bit of oak treatment, and you really can find that in the Douro," she says. "They get so much ripeness, so much heat. They are really big wines."

Rankin, meanwhile, is keener on the Portuguese road less travelled. "Other regions are popping up. Places like Bairrada. And with those new regions come these interesting, lesser-known grapes like baga, for example." Gutsy, firm and earthy, the variety is one of Portugal's rising stars, though rarely mentioned in the same breath as Douro's better-known touriga nacional, touriga franca and tinta roriz. "Sometimes you could be getting a wine from a value region and it's even better value because the grape is not as well-known."

Spanish cava: It's the dry sparkling wine made like Champagne but typically sold at a quarter of the price. "I know the work and the effort that goes into it," Taylor says. "It's so undervalued." Many consumers will be familiar with top-selling brand Freixenet, always a good buy at roughly $15 for the Cordon Negro cuvée in the black bottle, but that's just scratching the surface.

Chile: Haley says producers continue to advance by leaps in understanding which grapes perform best on which sites. "I've definitely seen a marked improvement in quality from Chile but I haven't seen a marked increase in price." One organic-focused brand deserving special praise for value, she says, is Emiliana.

Austria: It's not just for crisp, white, mineral-tinged gruner veltliner any more. Rankin says the country has been making a splash with lighter-bodied reds, too. "A lot of people who are drinking gamay from Beaujolais are turning their mind a little bit towards zweigelt or Saint Laurents from Austria," she says. And they're saving money in the process.

Loire Valley: The northern French region is best known for Sancerre, Pouilly-Fumé and Vouvray, white wines that I would argue have largely been fully priced for some time. But it's a vast place and Haley notes that you can score fine sauvignon blanc for $15 from such districts as Touraine and Cheverny that deliver much more than half the pleasure of hallowed, $25-to-$35 Sancerre. "A lot of the things that you really like about Sancerre – the minerality, that kind of green fruit and herbaceous quality – you can find a lot of that. Maybe dialled back and not quite as refined, but it's all there," says Haley. She also likes the crisp, herbal cabernet franc reds from such Loire districts as Chinon and Bourgueil.

German riesling: The sommeliers' darling continues to excite noses that know best. "It's so undervalued," Taylor says of the multilayered, opulently fruity and often mineral-tinged white. "I feel bad sometimes when I buy them. Like, really, I'm only paying 20 bucks? And I know this wine really drinks like a $50 or $60 bottle."

Puglia: Reds from the heel of Italy's boot, including those made from negroamaro and branded Salice Salentino, should offer strong appeal to big-wine hunters on a budget. "I once gave my staff here for Christmas a bottle of Cantele Salice Salentino Riserva and they kind of joked," says CinCin's Taylor. "They looked at the price and they said thank you so much, almost mockingly. Then almost every single staff member came back within the week and said, 'Thank you so much. That wine was absolutely delicious. Shame on us for mocking it.' "

And a few additional thoughts: Sardinia (especially for its signature red, cannonau, a.k.a. grenache); Bierzo in Spain for sturdy and earthy medium-bodied reds; Sicily for red wines based on such obscure varieties as nerello mascalese; and France's vast Languedoc region, especially for red wines from the quality appellations Saint-Chinian, Corbières and Minervois.

What’s the best thing to eat or drink to cleanse the palate before tasting wine?
February 13, 2018 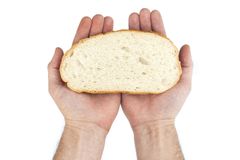 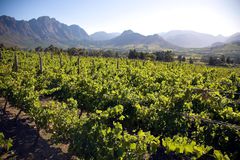 I enjoyed an expensive pinot noir over the course of a week and found it tasted best on Day 4. Why is that?
February 7, 2018 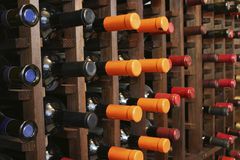