The rosé boom may have reminded many consumers that wine comes in a third colour, but these days, a fourth tint is all the rage among fashionable drinkers. Orange wines are trending.

Named for their rusty-amber colour, they're based on white grapes but made like reds, with skins and sometimes stems left in contact with the juice during fermentation and aging. The added solids impart not just a richer colour but also heady floral-herbal aromas, a creamy texture and a pleasing backbone of gently astringent tannins. Proponents of the style laud the wines for their subtle complexity and versatility at the table, where they are said to pair just as ably with red meats as with chicken or fish. To others, meanwhile, they can be jarring curiosities because of their sometimes cloudy appearance and offbeat flavours, coming across like aged whites that have seen better days.

"Some people are, like, 'What is it? Is it made from oranges?'" says Joshua Corea, co-owner of Archive, a wine bar on Toronto's trendy Dundas West strip. Corea carries three by the glass and several others by the bottle, including the excellent Rami 2013 from famed Sicilian producer Cos. "Generally, they're appealing to people with some wine knowledge already, people interested in exploring other aspects of wine," he adds.

The style is far from new. It got its start thousands of years ago in the Eurasian country of Georgia and was in fact the common way of making white wine for millennia before modern producers began separating juice from skins for a fresher profile. The modern renaissance was sparked in the 1990s by Josko Gravner in northeastern Italy, who began filling clay amphorae with grapes and burying them underground to keep the vessels cool for fermentation – as was done in Georgia. Gravner uses only natural yeasts resident on the grape skins (as opposed to today's dominant commercial strains used for controlled and more predictable fermentations) and allows the juice to macerate with the solids for months before transferring the wine to oak barrels for aging, then bottled without filtration.

Others followed the Italian pioneer's lead, and there are now orange wines made by avid experimentalists around the globe. Most of the wines are sold through high-end restaurants and wine bars rather than on store shelves, where they can languish without the missionary sales pitch of a knowledgeable and keen sommelier. (Archive also carries a Gravner's Ribolla 2007, which is imported to Ontario, along with Cos's portfolio, by The Living Vine agency).

One of those new orange experimentalists is Ann Sperling, director of wine-making and viticulture at Southbrook Vineyards in Niagara. I sat down with her recently at Toronto's l'Unita restaurant to sample several offerings, including two of her own, the 2015 Southbrook Orange Wine as well as Sperling Vineyards Natural Amber Pinot Gris 2015, a wine she crafts at her family estate in British Columbia's Okanagan Valley.

"I've had a sense that maybe we've been missing out on something," said Sperling of today's standard winemaking practices. She noted that the modern predilection for rich, sweet, oaky reds has become something of a straitjacket. "Those aren't the best wines to match with food, and they're not necessarily the easiest wines to drink whether on their own, with food or in the company of other wines," she says. "The concept of doing something with white wines with stems, with skins, was really appealing to me."

Southbrook's Orange Wine is an excellent introduction to the style. Made from organic vidal grapes, it displays grapy, tangerine-like fruit and a lifted herbal-floral bouquet. The wine is bottled cloudy and without the addition of sulphur, the gas used to keep most wines fresh and free from the ravages of oxidation. As with all orange wines, tannins from the skins provide their own antioxidant protection, making it possible for some orange wines to cellar well for up to 10 years.

Another superb Canadian effort we sampled was Haywire Free Form 2014 from British Columbia. Similarly bottled with no commercial yeasts or added sulphur and kept on its skins for months, it shows satisfying richness in the mid-palate and notes of lemon zest, flowers and chalky minerality. Also in British Columbia, 40 Knots on Vancouver Island has entered the fray with L'Orange 2015, a clear, brightly coloured wine made from Schönberger, a hardy, early-ripening German grape variety. It's off-dry and, coincidentally, calls to mind the flavour of bitter Seville oranges. The Cos Rami 2013, another example in our tasting, was polished to a smooth and luscious texture, succulent yet with bright acidity for balance.

As with reds, whites and rosés, orange wines span a broad flavour spectrum, from fresh and fruity, as in the case of the Southbrook, Sperling and Haywire offerings, to nutty and honeyed, as in the case of many northern Italian and Slovenian wines that undergo years of maturation in oak barrels before release. Gravner's wines are a case in point, as is the Vodopivec Vitovska 2007 from northern Italy that I tasted with Sperling, with its rich, whisky-like amber colour, buffed texture and candied-fruit richness.

Flavour aside, orange wines offer cachet for their ancient heritage as well the appeal of a natural, additive-free profile. "With people who find wine challenging because they associate [the beverage with] headaches or whatever, or they want the purest thing to consume, they're really receptive," Sperling says. "And they don't balk at the price." Alas, because they're not mass-produced, one thing orange wines are unlikely ever to be is cheap.

Are they merely a passing fad among connoisseurs? Corea, for one, doesn't think so. "It's a legitimate style of wine," he says. "You might get an orange boom, but you won't necessarily get a bust afterwards. It will just become part of the wine world, and I don't think we've seen the peak of interest."

How much pressure do the bubbles in a bottle of sparkling wine pack?
August 23, 2016 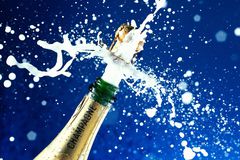 Trump the wine: Can you separate the man from the vino?
August 5, 2016 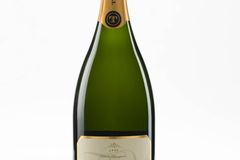 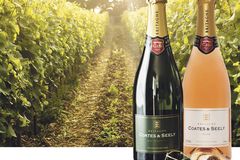