My favourite line about the Tuscan sun comes not from Frances Mayes but from Galileo: "The sun, with all those planets revolving around it and dependent on it, can still ripen a bunch of grapes as if it had nothing else in the universe to do."

Okay, so he was talking about the sun in general. But it's a safe bet that the brave champion of heliocentrism, who was born in Pisa and died near Florence, was gazing at Tuscan vines when he made that observation. His shining star has been especially busy lately. Tuscany posted a string of marvellous vintages in the latter part of the past decade. The evidence is still tangible as the better wines, having done their aging in barrel and in bottle (and their not-so-necessary time working their way through snail-paced liquor-importation system), continue to hit shelves.

Chianti Classico, the fabled central zone that yields crisp, earthy reds based chiefly on sangiovese, excelled from 2006 to 2009. But there's much more to Tuscany than Chianti. Brunello di Montalcino, the elite, muscular sangiovese from the warm south, which gets released more than four years after harvest, made magic in 2004, 2006 and 2007 (and wasn't bad in 2005). For value in premium Tuscan wines, I'm a fan of Morellino di Scansano, another sangiovese-based red, which had a triple play from 2006 to 2008. And the luscious, modern wines of Bolgheri on the Tuscan coast north of Scansano and south of Pisa, based mainly on such French varieties as cabernet sauvignon, merlot and cabernet franc, were very impressive from 2004 to 2008.

Sunny weather was just one factor behind the quality, well-represented in a large selection of premium Tuscans released today in Ontario through Vintages stores (several of which are available in other provinces). For the past 40 years, new generations of grape growers have emphasized higher planting densities, a key to better concentration and ripening. They've also chosen more suitable vine clones for their soils, an important consideration for variable sangiovese, a variety with more genetic diversity than the lineup at a dog show.

"Wine is sunlight, held together by water," Galileo also said. True. But good wine is sunlight harnessed by lots of hard work. Herewith are some cellar-worthy selections for an autumn splurge.

The famed Antinori family began planting this site in 1996 and 1997, and those vines, representing half the current vineyard area, are hitting their stride, yielding more concentrated fruit than in their youth. This wine shows impressive balance, with succulent fruit joined by herbs, tobacco and a whiff of horse stable, all supported by fresh acidity. It shows beautifully now and would improve with 10 to 15 more years in cellar. $60.50 in Que.

If a wine at this price could be called a bargain, here's an example. There's a strong essence of forest underbrush here, typical of classic Brunello, as well as cigar box and licorice to go along with the plummy fruit and tight acidity. Drink it any time over the next decade.

Elisabetta Geppetti, mother of five, inherited the winemaking duties at this estate at the tender age of 20, when her father-in-law passed away. That was 1985. She has since risen to star status in the Morellino di Scansano appellation on the Tuscan coast. This is sumptuous juice and worthy of the price, full-bodied, ripe and luscious, with nuances of cherry liqueur, violets, spice and old varnished wood. It's starting to show a pleasant oxidative note but the fine, sticky tannins should make it a fine candidate for up to 10 more years in the cellar.

A Bordeaux-style blend of cabernet sauvignon, merlot and cabernet franc, this creamy red offers up rich berry fruit, dark chocolate and fine-grained, gum-coating tannins, with satisfying warmth on the long finish. It should evolve nicely for two to 10 years.

The name translates as "light of the vine," inspired by the morning sun's rays viewed on the southward drive from Florence to this estate in Montalcino (and an apt, if unintended, echo of Galileo's quotation above). A blend of merlot and sangiovese created by Tuscany's Vittorio Frescobaldi and California's Robert Mondavi, this is a powerful red, weighing in at 15.5-per-cent alcohol. Big and creamy, with sweet dark fruits, chocolate and herbs in the mix, it's pulled together by tight tannins that could use three to five years to soften. The excellent 2006 vintage is available in B.C. for $115 and 2007 in Manitoba for $99.95.

Satta produces some of the most fairly priced wines in Bolgheri and here's a fine example. It's an uncommon fusion of cabernet sauvignon, sangiovese, merlot, syrah and the Italian grape teroldego (which tastes a little like jammy zinfandel), produced with wild yeasts on densely planted vineyards. Juicy and herbal, it also shows a hint of white pepper reminiscent of the better syrahs of Crozes-Hermitage.

Yes, one can still find affordable and positively delicious Tuscan reds from the superb 2006 vintage. This is made from 85-per-cent sangiovese, 10-per-cent cabernet sauvignon and 5-per-cent merlot. Unlike many such blends, though, it doesn't let the French grapes obliterate sangiovese's fragile cherry fruit and earthiness. The cab and merlot merely contribute a bit of oomph in the mid-palate as well as tannic structure. It is medium-bodied, with pure cherry, a touch of leather on the finish and dusty tannins that stimulated my chewing reflex. I love wines you can chew. Drink it now or keep it for two more years. $16.99 in B.C., $14.99 in Sask., $19.49 in N.B., $18.99 in N.S., $16.98 in Nfld.

It's hard to find a red from the trendy Tuscan coastal district of Maremma for much less money than this. It starts out with crisp, almost candied cherry fruit and delivers more acidity than some people might enjoy. It's meant for food, such as red-sauced pastas and eggplant parmesan, not for cocktail sipping. 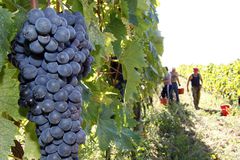 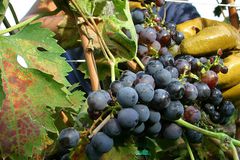 Tuscan wine treasures
February 3, 2011
Follow Beppi Crosariol on Twitter @Beppi_Crosariol
Report an error Editorial code of conduct
Due to technical reasons, we have temporarily removed commenting from our articles. We hope to have this fixed soon. Thank you for your patience. If you are looking to give feedback on our new site, please send it along to feedback@globeandmail.com. If you want to write a letter to the editor, please forward to letters@globeandmail.com.
Comments