Before there was green beer, before Guinness, Jameson and Bushmills, the good country folk of Ireland toasted St. Patrick with another drink, poitin. Some of those people unfortunately did not survive the experience.

A precursor to whisky, poitin is Ireland's original spirit. The name, pronounced "pot-cheen" or "put-cheen," derives from pota, or "pot" in Irish Gaelic, a reference to the small pot stills in which it was made. Generally, it was very raw stuff, cooked up from whatever fermentable produce was at hand on the farm, such as barley, potatoes, beets, crab apples and whey. Think of it as Celtic moonshine. Or Galway grappa. Or the Irish equivalent of Eastern Europe's rakia.

I'm more inclined to think of it as leprechaun lighter fluid. A clear spirit, poitin is spared the mellowing influence of oak-barrel maturation. That step, key to such amber spirits as whisky and brandy, tends to tame the harsher flavours of a rustically made dram. But even oak could only do so much to soften poitin's trademark punch. The spirit's most infamous feature is an insane alcohol level, at times exceeding 90 per cent, more than twice that of a typical whisky, gin or vodka today. When an Irishman drinks poitin, he keeps a close eye on the fireplace and the lit candles in the room. And he takes his life into his hands. Sometimes, when the alcohol doesn't get you, the toxic impurities of a bad batch might.

Outlawed for centuries, high-strength poitin has remained alive and well, if under the radar, notably in the hills of Connemara on the island's western side. And there's been a revival. It was approved for export in 1989, and in 1997 poitin became legal for sale within Ireland – by licensed distillers, of course. Six years ago, it was granted Geographical Indicative Status under European Union rules, prohibiting other countries from using the term.

In recent years, the drink has found a warm reception in fashionable Irish bars, where it's often used as a base for cocktails, much the way unaged American whiskies (a.k.a. moonshine and white lightning) have seen an upscale resurgence.

And it's sprouting up in North America. Several brands have landed south of the border and a new one, Teeling (my first selection below) was launched last week in Ontario Vintages stores (and is also available in Quebec for online ordering as an SAQ Signature Exclusive product). Packaged in a 500-millilitre medicinal-style bottle, at 61.5 per cent alcohol, it's well-made, not as painful as one might expect and worth exploring if you're the type to appreciate grappa-like spirits.

It would be a trendy way to display your Irish spirit, whether you're Irish or not, on St. Patrick's Day. Come next month, it could also be a fitting, antiestablishment toast to commemorate the solemn centenary of a defining event in Irish-nationalist history: the Easter Rising, the rebel insurrection against British rule during Easter week in April, 1916, which failed in the short run but ultimately led to the creation of a free Irish state.

Don't expect this to be smooth; that would be anything but the point with poitin, Ireland's traditional distilled spirit. Yet there's a tame, succulent fruitiness to this clear, raw, unaged elixir made from malted barley and corn. A rich, intense, grappa-like core combines nuances of poached pear, peach and peppery spice, with a warm, bracing 61.5-per-cent-alcohol backbone that remarkably does not taste like jet fuel. Available for $40.50 in Quebec as an SAQ online Signature Exclusive.

Light-medium-bodied and almost New Zealand-like in style, this Loire Valley sauvignon blanc comes across with plenty of green, herbal character, though the underlying fruit is substantially ripe. Punchy, juicy, minerally and flamboyant for a Sancerre, it's terrific. Consider pairing it with light, zesty shellfish dishes. Available in Ontario.

A vibrant Amarone that's fully ripe yet neither sticky nor syrupy. Plum and cherries mingle with notes of espresso, baking spices and cleansing acidity. So easy to drink, and well-priced for the style. Perfect for a main course of duck, steak or stew and also great for that classic Amarone pairing, the cheese course. Available in Ontario.

Full-bodied and tip-toeing into sweet terrain with uncanny plum and berry-pie flavours. Tangy acidity keeps things fresh, lively and balanced. A big crowd-pleaser. Available for $19.99 in British Columbia, various prices in Alberta, $20 in Quebec, $18.49 in New Brunswick, $17.99 in Nova Scotia.

Light in colour, medium-bodied and soft for a cabernet. Bulgaria's prominent brand comes through as ever with a bargain-priced, easy-drinking, slightly herbaceous red that's ready for pizza or pasta. Simple but sound. Available in Ontario. 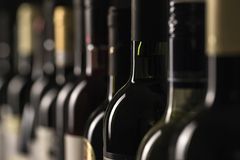 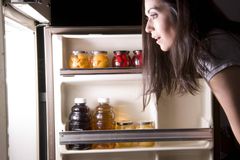 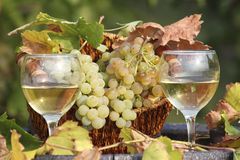