Callum Hay and Eric Portelance want to be Canada's first open-source brewers. This spring, when they open Halo Brewery in Toronto's trendy Junction Triangle neighbourhood, they plan to share all of their beer recipes with the public on their website, complete with ingredients and amounts, fermentation temperatures and water chemistry.

It's a concept that was met with puzzlement when they started asking investors for startup funds. "What about Coca-Cola?" the two were asked, again and again. "They don't share their secret formula."

But Hay, 31, a former software engineer, and Portelance, 29, a digital product designer who worked with Google and Facebook, insist that making beer is quite different from soda. "There is a whole artistic and terroir element to beer that's not easy to replicate," Hay says.

Besides, he has a debt to repay. Hay and Portelance are both self-taught home brewers, and neither has ever worked a day in a brewery or attended brewing school. The chief brewer, Hay, has been at it for four years and his recipes are the result of his relentless experimentation, reading geeky brewing forums such as Milk The Funk (a wiki dedicated to wild fermentation) and recipe swapping with other home brewers.

"Given how much information we've acquired from other home brewers … it would be rude not to give back to the community in some way," Hay says. In the end, the duo rejected a funding offer by an investor, instead raising funds from friends and family so that they could retain full ownership of Halo.

Giving away your intellectual property might not sound like a good business idea, but sharing ideas and beer recipes is common practice in craft brewing. Professional brewers swap secrets with their comrades at other outfits, and occasionally publish recipes for popular beers online, in books, and in magazines such as Brew Your Own.

The term "open source" is borrowed from software developers who share their code and allow anyone who's able to tweak and spread it. It's a fairly new term for brewers, for whom replicating someone else's beers is currently called "cloning." But Sean Dunbar, brewmaster at the 20-year-old Picaroons Brewery in Fredericton, N.B., says he used to publish recipes for every single batch brewed on the brewery's website.

"There's no big secret to brewing, and I wanted people to see how simple it is," says Dunbar, who stopped when the size of the brewery's output made the task too onerous.

John Palmer, author of the home-brewing bible How to Brew, says copycats aren't worrisome to most brewers. "The equipment it's going to be brewed on is going to be different, there will be other subtle variations in temperatures and yeast amounts, so it's not going to be the same beer when I brew it," he says of cloning beers.

He believes that the rewards of building a fan base around the open source idea outweigh the risks. "The brewery might even benefit from feedback, especially from professional brewers, who can take a look at the recipe and suggest small changes in water chemistry, for example, that can make a big difference," says Palmer, whose book will soon be in its seventh edition.

Jean-François Gravel, the master brewer and co-founder of Quebec's Dieu du Ciel, isn't so sure. Over the past 17 years, he has been constantly refining and developing the award-winning brewery's recipes. "Certain varieties of hops are really hard to come by now, so if I am getting a great aroma from a unique combination of hops that are under the radar, or if I've developed a unique brewing technique to get a certain body or flavour profile over years and years, I would not share it publicly," he says.

His reticence to share was solidified a few years ago. "I was at a craft brewers' conference in Italy, when a brewer … admitted to me that he had tried to copy our Rosee d'Hibiscus," Gravel says. "He found my witbier recipe that I had agreed to publish in a brewing book, and then played around with the hibiscus until it tasted very, very close to ours." He also says that as a small brewery grows, it might regret sharing its recipes, especially for what becomes their flagship beer. "That beer is your bread and butter as a brewery; if someone copies it, you'll have to start from scratch," he says.

Hay has only been building up his own recipes for the past four years, but the beers he plans to make at Halo are quite distinct. Inspired by the world of molecular gastronomy, Hay plays with the chemistry of flavours, marrying culinary flavours to complementary ones in the beer. Halo's gose (a tart, low-alcohol, lightly salty ale) gets a sweet kiss from strawberries and kiwis. A dry, bubbly Belgian saison pops with tart cherry juice and, thanks to a hit of wild yeast, ends with a light, cheesy funk, while a boozy, chocolatey stout gets a root beer-like kick from sarsaparilla.

Hay and Portelance are determined to be open source and think that the beer-drinking public is savvy enough to recognize true originality.

"What's the worst that could happen?" Portelance asks. "Another commercial brewery makes the exact same beer as us? I think consumers would see through that." 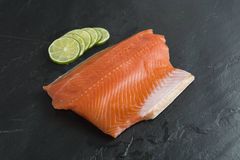 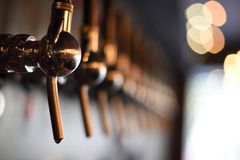