No New Year's Eve celebration would be complete without champagne, but have you ever wondered what your friendly neighbourhood restaurateur is making on the markup?

A recent Globe and Mail survey of a dozen upscale Toronto restaurants expected to be prime destinations on New Year's Eve shows that markups on two popular champagnes – Veuve Clicquot Brut and Billecart-Salmon Brut Rosé – range from the modest to the less-than-modest to (there's no avoiding it) the simply outrageous. (See the list below.)

For example, a 750 millilitre bottle of Veuve Clicquot – $67.85 at any LCBO outlet in Ontario, which is the same price paid by restaurant owners – sells for $162 at Mark McEwan's North 44 and Bymark restaurants (a whopping 139-per-cent markup).

The lowest price for the full bottle at the restaurants surveyed is at Scaramouche – $190 (a markup of 144 per cent).

"My view on champagne is that it should not be marked up heavily due to its high cost price," he said in an e-mail. "We use a sliding scale. As wines become more costly our markup decreases. I would say we have one of the more reasonably priced selections in the city. Most importantly, we will not be increasing our pricing for New Year's Eve or offering cheap champagne. We'll be serving 2002 André Clouet Vintage and Jacquesson Cuvee 736, privately ordered from France."

Nick Di Donato, president and CEO of the Liberty Entertainment Group, which owns Rosewater (its price for the Billecart-Salmon is $195, a markup of 150 per cent) says the central problem with wine and champagne pricing is that restaurateurs receive no discount for bulk buying from the LCBO.

"I'm opening restaurants in Florida and the cost to me there for the same bottle of champagne is one-third of what it is here," he said. "I pay less for labour there as well. This cost structure explains why probably nine of out 10 new restaurants fail in Toronto."

Markups of 100 or 200 per cent, he noted, are standard in most industries.

Mr. Di Donato further maintains that food and wine prices have to be considered in tandem. "Paese's business plan calls for a flat $25 over-cost fee for wine. Their pricing on food is not consistent with their pricing on wine. They use wine pricing as a loss leader. It's hard to only analyze one piece of the equation."

Frédéric Geisweiller, owner of Le Sélect, notes that, in addition to the Billecart-Salmon, he offers the more reasonably priced – $100 a bottle – Forget-Brimont 1er Cru. "Items that we store for longer periods of time we do charge more for."

Paese's Mr. Loschiavo said he was "shocked" to learn of the price differentials.

He said Paese's price is based on the premise of putting bums in the seats. "I'd rather have 48 patrons paying smaller markups than 20 patrons paying high markups," he said.

Although some restaurateurs might justify their prices on the basis of offering a finer dining experience than Paese, Mr. Loschiavo maintains Toronto does not currently have a truly fine-dining restaurant. "There's nothing here that compares to what's available in New York or Paris. The last one we had was Truffles, at the old Four Seasons, and it went out of business."

How the bubbly markups stack up 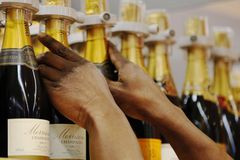 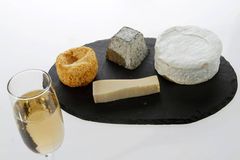 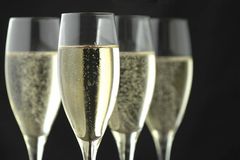