For 30 years, Barry Brown has led a double life. By day, he is a family therapist from Kitchener with a successful private practice in downtown Toronto – but outside of the office, Brown is known as a lover of Spanish wine whose internationally-recognized expertise snagged the attention of the country's king.

In one of his last official acts as reigning monarch, King Juan Carlos of Spain chose to honour Brown with the Officer's Cross of the Order of Civil Merit for 30 years of promoting Spanish wine and tourism in Canada. This Sunday, Brown will become the third Canadian to win this recognition, following in the footsteps of musician Leonard Cohen and poet Gerry Shikatani.

Brown's decades' long love affair with Spain and Spanish wine was sparked on a European tour. At the start of 1973, he was a 21-year-old university graduate who drank jugs of beer: "I had not fallen in love with wine yet." Then, on a European road trip, he drove across the Picos de Europa mountain range, entered northeastern Aragon, and discovered his other country and an eternal love for their wine.

"I never really left Spain after that," he says.

Indeed, he has visited the country 34 times, almost once a year, since his first adventure across the mountains – and on most of these trips Brown and his Chilean wife Patricia Goldby have taken a tour group in tow. These tours, which Brown leads, have brought an estimated $3-million dollars of revenue to Spain.

If you ask him why he loves Spain, Brown embarks on a verbal journey of the magnificent landscape, the illustrious history, the remarkable architecture, the unbelievable cuisine, the art of Dali and Picasso, and of course, the wine.

As president of the Spanish Wine Society in Toronto, Brown also promotes Spanish wine at home, presenting at wine events across the country and serving an estimated quarter-million glasses of Spanish wine to Canadians.

Brown doesn't pick favourites – he is spilling over with information about the sparkling wine or cava produced outside Barcelona and the fresh Albariño whites from Rias Baixas – but he talks the most about "these magical elixirs" called sherry.

Jerez, the sherry-producing region in southwestern Spain, is a special spot for Brown. It's where he was married and also where he celebrated his 60th birthday in 2010: a week-long celebration of wine tastings and cultural outings that Brown couldn't resist organizing himself.

Brown will celebrate the King's honour this weekend with a small group of family, friends, wine writers and representatives from the Spanish Consulate in Toronto. There will be cava, red and white wine from Yecla, and maybe something rare from Brown's own collection. "I'm debating bringing from my cellar – I guess the most exclusive sherry left anywhere in the world and I have most of it. I have about four bottles of an ancient Oloroso sherry."

His love for the country is unfaltering. Even though he was mugged while giving a wine tour of Barcelona – the thief cracked his hip and broke three of his ribs on the picturesque avenue Paseo de Gracia – it is still the first city that Brown recommends visiting in Spain. "Barcelona is eye candy and the town of Barcelona is surrounded by wine regions," he says. "Paseo de Gracia, since it was built it was breathtaking. It makes Yorkville [in Toronto] look like a grocery store." (Brown led the rest of the wine tour from a wheelchair.)

Now Brown is trying to trace his ancestral link to the country: "My father's mother's family came from north eastern Spain in the 1490s."

"If wine tourism evolves, I will be living in Spain," he says. In the meantime, Brown will continue to visit and guide tours. 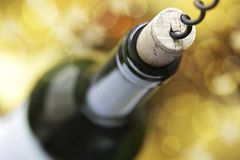 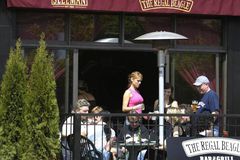