Eleonora Marconi, the winemaker at Marchesi de' Frescobaldi's Castello di Nipozzano estate in Tuscany, is what journalists would flatteringly call a quote machine. "Fermentation is a party," she told me at a sampling of her 2011 wines in Toronto recently. "The yeasts are the guests and the sugar is the music." In other words, one feeds off the other, dancing as the wine flows freely until the playlist runs its course.

That makes her a pretty good DJ. At just 28, she has been resident oenologist around the castle at Frescobaldi's storied property in the Chianti Rufina zone, 25 kilometres east of Florence, for a year. It's a plum job, one in which she oversees production of several wines, including such luxury reds as the $64 Bordeaux-style, cabernet- led blend Mormoreto ("a French tourist that speaks Italian," she says with a smile) and the similarly priced Montesodi, made from Chianti's main red grape, sangiovese. Her main baby, though, is the flagship Nipozzano Riserva, a benchmark Chianti and ubiquitous Italian-restaurant selection produced by the Frescobaldi family since 1864.

She was in Canada to introduce a new offering, a premium brand extension of that classic Chianti called Nipozzano Vecchie Viti. The latter two words are Italian for "old vines," a designation intended to telegraph higher quality, since older plants, with deeper roots and lower productivity, generally deliver more concentrated berries and, many believe, better wine.

Tuscany's unusually hot August in 2011 yielded especially ripe fruit, prompting Marconi to set aside grapes from a prime parcel of 40-year-old vines, which she fermented in cement vats, as opposed to the customary stainless-steel tanks. Unlike steel, cement is slightly porous to air and tends to impart a more textured mouthfeel. And rather than maturing the wine in small barrels, as with Nipozzano Riserva, she used large oak vats, preserving more of the primary fruit characters, with less savoury influence from the oak's surface.

In describing the new wine, Marconi trotted out another metaphor, spoken in fluent English acquired while training at properties in her mother's native Australia: "The goal is Nipozzano; Vecchie Viti is the free kick." Yikes – a soccer reference sadly lost on this critic. I requested elaboration. In this case she specifically meant soccer's penalty kick, in which a player takes aim at a net the size of Alberta defended by a virtually irrelevant goalie. A normal goal takes big effort, she explained. "With a free kick, it's easy to score."

Tuscany itself is like a good soccer team. Not every shot on the net results in a goal, due sometimes to variable weather and substandard performance by lazy, overpaid players. On balance, though, it usually comes out a winner. The wines below, recently released in Canada, reflect that tale, as my "scores" suggest.

Whereas Frescobaldi adds dollops of French varieties merlot and cabernet sauvignon to sangiovese in its standard riserva, this special release combines 90-per-cent sangiovese with classic local grapes malvasia nera, colorino and canaiolo cultivated together on a parcel planted 40 years ago. Medium-full-bodied and well-structured, it shows notes of succulent cherry and dark-skinned fruit knitted together with firm, astringent tannins. Also available in 1.5-litre magnums in limited quantities. Best cellared for at least two years and up to a dozen, it would pair well with grilled red meats, especially lamb chops. $32.99 in B.C., various prices in Alta., $29.99 in Man., $33.49 in N.S.

Chianti has been moving up in the world ever since the appellation began ditching those straw flasks in favour of standard bottles. The designation Gran Selezione was approved recently as a sort of analogue to France's grand cru – the top of the heap, demarking wines made from small lots on the best parcels of land. This 2010 San Felice ranks as one of the most affordable, believe it or not. And it's terrific. Full-bodied, with luscious cherry-jam fruit and dark-chocolate depth, it shows ripe, integrated tannins, a hint of mineral and tangy backbone. Perfect for braised red meats or for up to 15 years in the cellar. $49.99 in B.C.

A basis of contract law, "do ut des" declares that a person will give only in order to receive, as in a Roman sacrifice to a god for a favour. I suppose that forking over forty bucks comes with ample expectation in this case, and Fattoria Carpineta delivers. The blend of merlot, sangiovese and cabernet sauvignon yields a full-bodied yet nimble red, with big plum, raisin, baking-spice and dark-chocolate flavours against a mineral-like backdrop further enlivened by dark-roastcoffee bitterness. Fine, chalky tannins bode well for up to 15 years in the cellar, though the wine would pair beautifully now with roast beef. $39.50 in Que.

Montalcino, on Tuscany's southern edge, produces the sangiovese grape's most cellar-worthy wines. But some of its wines, matured for years before full-release, can taste too pruny and desiccated to all but the die-hard Brunello fanatic. Here's a full-bodied, fabulous red with plenty of fresh fruit on its side. Supple and redolent of plum and cherry, it delivers on Brunello's classic promise of leather and tobacco, with refined tannins and elegant balance. Try it with grilled T-bone. Available in Ontario.

Panzano clearly chose the ideal time to pick this Chianti, which displays excellent ripeness while retaining sangiovese's classic salty tang. Medium-full-bodied and smooth in the centre, it comes alive with baking spices, earth and a faint whiff of smoke, carried on a chewy texture. Herb-crusted beef would be grand. Available in Ontario.

The "riserva" designation represents a step up from standard Chianti and demands the wine be matured for at least two years prior to release. Price tends to be reflected in that winery investment, which makes this a bargain on the face of it. But don't expect classic riserva's oaky richness here. It's medium-bodied and sound, with a soft core and bitter edge suggesting apple skin. Bring on the grilled sausages. Available in Ontario.

Light-medium-bodied and bright, with ripe fruit flavour and good structure, this simple red strays slightly off course with a bitter, stalky edge. But the profile and price render it attractive for weeknight pizza. Available in Ontario.

Beppi Crosariol: Wines shouldn’t taste like they were created in a boardroom
May 12, 2018 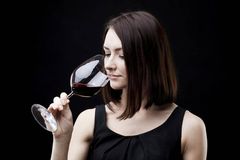 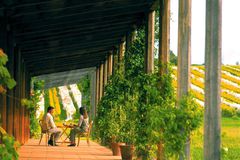 After decades of obscurity, South African wines are taking centre stage
May 12, 2018 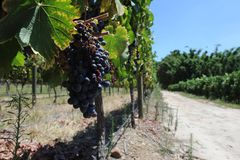