Which countries' wines have the least amount of pesticides?

It's hard to generalize, because pesticide use varies from region to region, not just from country to country. Suffice it to say that the drier the region, the less likely growers are forced to rely on heavy pesticide use.

The word pesticide is sometimes thought to refer only to chemicals that destroy or repel insects, but environmental agencies and consumer-protection groups generally intend it as a catch-all to include herbicides and fungicides as well – which thwart a variety of living organisms that do damage to plants, even bacteria and viruses. I'm assuming that's your intent here.

Where wines are concerned, much of the attention has focused on fungicides because grapes are particularly susceptible to rot from such mouldy invaders as powdery and downy mildew. Fungal diseases are strongly associated with humid environments, which may be one reason France has become something of a whipping post for consumer groups that have been lobbying to effect change.

Humid places like Bordeaux and Champagne rely heavily on chemical spraying with things like copper-based anti-mildew preparations. Such dependence has been called out by various critics over the years. Two years ago, for example, the French consumer organization UFC-Que Choisir tested 92 wines from around France and found pesticide traces in every bottle. The group singled out Bordeaux and Champagne, in particular, noting that wines from drier regions in the south, such as Provence and the Rhône Valley, tended to be less loaded with pesticides. It also said France's wine industry accounts for just 3.7 per cent of the country's agricultural land yet uses 20 per cent of the country's pesticide volume. And France is a heavy user of agricultural pesticides over all, reportedly ranking behind only the United States and Japan globally. It bears noting that pesticide residues are not unique to wine grapes; chemicals are used throughout the agricultural sector wherever fruits, vegetables and grains are grown.

Another study, in 2008, by researchers at Kingston University in London, also found heavy metals in wine from 15 countries in Europe, South America and the Middle East. While the metals may or may not have come from pesticides (it's impossible to be certain, because the metals may have been resident in the soil or come from elsewhere), the researchers published a list of the worst-offending countries, which included Hungary, Slovakia, France, Austria, Spain, Germany and Portugal. Among countries faring best were Italy and Argentina. (The United States and Canada, among others, were not part of the study.)

I'm not aware of a comprehensive study that has ranked pesticide residues across the global wine industry, and the allowable production limits in many countries in any case apply only to harvested grapes, not to finished wine. (There can be a big difference between the two measurements, in part because some residues collect and remain mainly in grape seeds and stems more than in juice, and because fermentation has the beneficial effect of scrubbing away some pesticides.)

Bleak though some selective studies might seem, there's heartening news. Perhaps the best barometer of all is here at home, where the LCBO in Ontario performs a chemical analysis of every wine sold in the province. The liquor board's executive vice-president, George Soleas, a PhD scientist, tells me that, while pesticides were an issue many years ago, the lab now rarely detects residues. And generally those concentrations fall significantly below the LCBO's guidelines, which are stricter than government limits.

Soleas says that while fungicides are the most commonly detected family of pesticides, they vary depending on the climatic conditions within the growing region. In other words, a wet season may require more fungicide spraying than a dry one, and less residue will make it into the final product if the spraying is conducted well before harvest.

So, if I were seeking out wines with relatively low residue levels, my inclination would be to focus on regions with dry climates, notably the drier zones of Chile, Argentina and California. But if you're not too worried about all those pesticides on your apples, strawberries and bell peppers (among the worst offenders in your shopping cart), I wouldn't panic about the pinot noir.

Will smoke from the Okanagan wildfires affect the flavour of the region’s grapes?
September 9, 2015 I’m getting more headaches from wine. Is it the alcohol, or something else in the bottle?
January 21, 2015 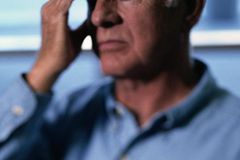 I have type 1 diabetes. What types of wine are safer to drink in terms of sugar content?
October 15, 2014 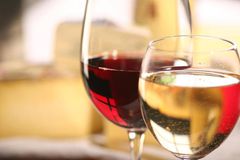