It used to be the stuff of good ol' boys in dusty overalls, drawn from makeshift stills into Mason jars, away from the Aviator-shaded eyes of the local sheriff. Now moonshine has left the backwoods and moved downtown.

White whisky, also known as white dog, is the new brown. The name refers to grain-based spirits bottled straight from the still, without the benefit of wood aging, which gives genuine whisky its colour and caramel-like mellowness.

The trend was born in the United States, where upstart craft distillers, hog-tied as they waited for amber whiskies to mature in barrels, began releasing raw, clear spirits to generate cash flow. Some products are even sold in Mason jars, tapping the hillbilly cachet.

Then the big guns strode into town. Earlier this year, Jack Daniel's got in the action south of the border with Unaged Tennessee Rye, while Jim Beam introduced Jacob's Ghost, also available only stateside. Technically not a white dog, the latter spends a year in oak – as opposed to four for standard Beam – but it captures the spirit of the craze.

And the hipster-hooch novelty is trickling northward. Late last year, Niagara-based Dillon's Small Batch Distillers came out with the White Rye, available in about 130 Liquor Control Board of Ontario stores. The LCBO also sells two Kentucky brands, Buffalo Trace White Dog Mash #1 (likewise available in BC Liquor Stores) and Trybox New Make, in corn and rye versions, from Heaven Hill. Prices range from $29.95 for a half-size bottle of Buffalo Trace in Ontario to $49 for Trybox – awfully steep for spirits that cost less to produce than aged whisky.

How do they taste? Let's just say aficionados with a nose for smooth bourbon or Scotch might want to keep a bottle of Listerine nearby. I like Trybox best, with its earthy, spicy profile culminating in a crisp finish, though I'd sooner drink discount bourbon. Buffalo Trace is rounder, oilier and vaguely sweet. Dillon's tastes more straightforward, like Finn Crisp crackers soaked in Grey Goose.

Some tasters are less enthusiastic. John Bunner, bar manager at Yours Truly on Toronto's Ossington Strip, is a fan of Dillon's gin but finds the unaged rye too similar to neutral vodka, which is distilled at a higher proof to strip out the taste of its grain or potato base ingredients. "You're really only going to use it in a mixed-drink application," he says.

And that is the destiny of much white dog, often deployed as an alternative to tequila or white rum in such cocktails as the margarita and mojito. Bunner prefers Buffalo Trace, which is bottled at cask strength – 62.5-per-cent alcohol – without the addition of water, which he says tends to drown out the grain essence in 40-per-cent spirits such as Dillon's.

Writing in Slate, Reid Mitenbuler called white dog "horrible" and invoked the memorable assessment of his bourbon-drinking father, who compared white whisky to "getting stabbed in the mouth with a screwdriver that's been used to pry open a gas can." While I take the point (the aroma can carry a soupçon of petroleum), I have a high tolerance for unaged spirits. But, then, I was introduced to spirits at the knee of my grappa-adoring father. Some of that rocket fuel had been sourced from illicit basement operations.

To be fair, as Mitenbuler notes, today's white dogs typically don't come with the bite of outlaw 'shine, much of which was distilled from rotted produce. High-quality grains and modern equipment make a difference.

And yet, without time in wood, which accounts for most of whisky's flavour, it's not technically whisky. To carry that designation in the United States, a spirit must spend time in oak, even if just for five minutes. In Canada and the European Union, the minimum barrelling requirement is three years.

One noteworthy exception, White Owl from Alberta's Highwood Distillers, is indeed whisky. That's because it's fully matured in oak and comes by its clarity through charcoal filtering.

Jeff Arnett, Jack Daniel's master distiller, says his company had no intention of mopping up a craft-distilling niche with its unaged rye, a product that may land in Canada in limited quantities next spring. The distillery released a mere 100,000 bottles – a drop in the Daniel's ocean – merely as a "teaser" to show off its first new grain recipe since Prohibition. The rye, which strays from the mostly-corn content of its other products, has largely been laid down in barrels and is slated for release as a brown whisky perhaps in 2015, he says.

"Jack Daniel's is, in a way, beyond the need for a white whisky," Arnett says, noting that a raw spirit's raison d'être is to "keep the lights running" during a small distillery's start-up. "When new distilleries come on line with oak, I think you'll see less and less of the white whisky." In other words, this white dog may have short legs.

Adds Arnett: "I always tell people: There's a reason whisky goes into barrel – it gets much better." 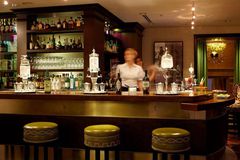 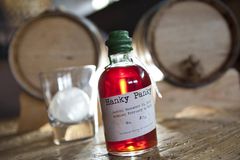 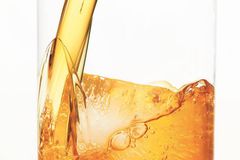 The absence of Noilly Prat isn’t the end of a good dry martini
July 2, 2013 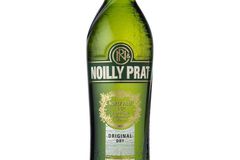 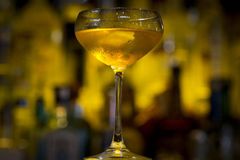