Many are the reasons to admire sauvignon blanc, especially in summer. It's crisp, fresh, vibrantly aromatic and grassy, a citrus orchard on a golf course. It's versatile, able to complement salads, seafood, cheeses and deep-fried anything. And it's usually well-priced for its quality. There is, on the other hand, a reason to pity poor sauvignon blanc: It's underloved.

Why else would it be well-priced? In the case of most other globe-conquering vines – think cabernet sauvignon, pinot noir or chardonnay – the sky's the limit. Want a $60 chardonnay? You'll have no trouble tripping over a few at the big-city liquor store. An $80 pinot noir or $140 cabernet sauvignon? They're a dime a dozen (so to speak). And expect to pay 10 times those sums for the best of the best. A bottle of Château Lafite (a cabernet-based red Bordeaux) costs almost as much as the fridge where I chill my salads and crisp white wines.

Yet sauvignon blanc? Good examples can be found for less than $15. Many of the best, including the great whites of Sancerre and Pouilly Fumé in the Loire Valley, cost between $25 and $30. Cloudy Bay, the most famous and iconic example from New Zealand, scratches the ceiling at $31 to $37 across Canada.

I know: There are outrageous exceptions, notably the great $80 to $130 examples from the late Didier Dagueneau in the Loire Valley, Château Haut-Brion's extremely rare $1,000 white (a classic Bordeaux blend of sauvignon blanc with sémillon) and the relatively new sauvignon blanc from Screaming Eagle, for which some of the Napa label's money-to-burn groupies have forked out $2,000-plus on the secondary market.

Sauvignon blanc's generally modest pricing no doubt has much to do with its basic profile: It's light, white and generally takes unkindly to long-term cellaring. Collectors, the people most inclined to blow $30-plus on wine, save their dollars for big steak-slaying reds.

I'll never forget a screed against sauvignon blanc by the brilliant journalist and author Mike Steinberger in Slate eight years ago in which he said, "Every major grape variety has at least one region in which it is the star attraction – every major variety, that is, except sauvignon blanc, whose banality condemns it to bridesmaid status wherever it is cultivated." Steinberger even dismissed the sensational sauvignon blancs of New Zealand, a country he suggested was becoming more justifiably proud of its pinot noirs.

There's also the grass factor. Some see sauvignon blanc as not so much of a white wine as green. These people, who include more than one sommelier of my acquaintance unmoved by the outgoing New Zealand style in particular, clearly prefer to eat their veggies than drink them.

Some producers seek to tame that vegetal character by fermenting and briefly aging the wine in oak barrels, sort of the oenological equivalent of melting cheese on broccoli. North American wineries often give the name fumé blanc to these oak-influenced sauvignons.

There are other terms commonly summoned to describe the grape's non-fruity characters, among them asparagus and, less generously, cat's pee. I tend to prefer riper styles, wines where those qualities are muted if present at all. Give me grapefruit and fresh-mown lawn instead of asparagus or urine (and especially not the latter two in combination). And I love it when the variety suggests gun flint and quarry-like aromas of stone and mineral. Sauvignon blanc banal? Not to this chalk-a-holic.

Roger makes excellent whites in Sancerre and the neighbouring Menetou-Salon district of the Loire Valley as well as lesser-known reds based on pinot noir. This 100-per-cent sauvignon blanc gets its name from two types of soil: C is for caillottes and M for the kimmeridgian marl. The former supposedly delivers fruitiness while the latter, a chalky white substance, imbues the fruit with intensity and weight. This is lovely Sancerre, light-medium-bodied, with satisfying mid-palate weight. It's a basket of orchard fruit led by pear and lemon, with a distinct quarrymineral character owing in part to months of contact with the spent yeast cells following fermentation. Available in Ontario.

Kevin Judd, founding winemaker of the famous Cloudy Bay label (now owned by luxury-goods giant LVMH), named his new winery Greywacke after the Marlborough region's ubiquitous stone. This, along with examples from Dog Point winery, is among New Zealand's new stars. The elegant 2013 is light and silky, with notes of limeade, fresh-cut grass and dill. Various prices in Alberta.

It was the late Robert Mondavi who in 1966 pioneered the name fumé blanc to distinguish his oak-fermented sauvignons from the more vegetal steel-fermented examples that were proving a tough sell to American palates. Many other fumés followed but this remains a standard bearer. Soft and smooth, it shows ripe peach joined by green melon, tangy herbs and floral overtones. It's suave and sophisticated. $19.99 in B.C., various prices in Alberta, $24.95 in Quebec, $28.98 in Newfoundland, $26 in P.E.I.

Certain conservative elements in the religion that is wine worship may shout in protest since this is, after all, white Rioja. Normally, that means traditionally local Spanish varieties such as viura and garnacha blanca. Here's a wine made entirely from sauvignon blanc, a French intruder now permitted for cultivation in the Rioja region. It's certainly not traditional but this is compelling sauvignon, light and brimming with Spanish sunshine. It hints at crisp peach and tropical fruit, turning pleasantly dry and chalky, as in a parched Spanish landscape. Available in Ontario.

This smells like summer or at least like summer on a country road versus the grimy pavement of downtown. Delicate and very dry, it dishes up tangy tropical fruit, subtle grass and a hint of peppery spice. Good value. Available through www.angelsgatewinery.com.

The Chilean national soccer team could have practised on this wine. It's that grassy. Along with the green, there's some yellow in the form of lemon and slightly, pleasantly underripe peach. It's not for everyone but a good value. Available in Ontario. 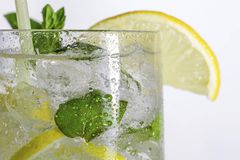 Take the edge off summer’s sizzle with some surprising white wines
July 24, 2014 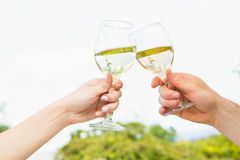