Jack Nicholson is a fan. Rush's Geddy Lee loves the stuff. Robert Parker, the powerful U.S. wine critic, is smitten. With A-list devotees like that, the trophy reds of Jonata predictably come at a price. Now available in Ontario, British Columbia and Alberta in very limited quantities, they sell for about $50 to $150 a bottle – juice for the rich and famous.

But there's a curious difference between Jonata, a new property in the Santa Ynez Valley near Santa Barbara, and its northern-California cult-winery counterparts in Napa Valley and Sonoma County. The estate began causing a stir even before the first bottles were released five years ago. The main reason? Screaming Eagle, its more-established sister property in Napa, which makes the most hallowed and expensive cabernet sauvignon in the United States, at $750 (U.S.) a bottle. Can't afford or find Screaming Eagle, with its 500-case annual output parcelled out in three-bottle limits to mailing-list subscribers? Jonata might do.

The other reason is Stan Kroenke, a property developer who owns both estates and may have the deepest pockets anywhere in the wine industry. Married to Ann Walton, a billionaire heiress to part of the Wal-Mart fortune, Kroenke also heads the company that owns the NHL's Colorado Avalanche, NBA's Denver Nuggets and NFL's St. Louis Rams. Jonata was created by and for the Learjet set.

Yet in an irony that might amuse those of us managing to get by on $12 Chilean merlot, the winery has yet to turn a profit. "Ultimately, I'm going to have to double my price to fit in the long-term business plan," said Armand de Maigret, Jonata's estate manager, last week during a stop in Toronto.

Superb though the wines are (I particularly love the elegant, polished, earthy cabernet sauvignon and the peppery syrah), winemaker Matt Dees, formerly of Napa's Staglin Family Vineyards, has had to overcome a costly challenge. The vineyard is mostly carpeted with sand. Nutrients and water are scarce, which demands extreme high-density vine spacing. That practice forces roots into a competitive battle so that they burrow deep into the underlying silt for vital resources.

When vines become stressed for too long in the frequent 40-degree daytime temperatures, on comes the drip irrigation, fed by a specially built reservoir, and out comes the flock of free-range chickens for fertilizer duty. So concentrated are the resulting berries that Dees has had to depart from the traditional cellar playbook, minimizing agitation of the fermenting liquid so as not to extract bitter tannins from the thick skins. "He had to relearn how to make wine in sand," de Maigret says.

It's been a trying journey for 12-year-old Jonata, founded by three other men before Kroenke galloped in as a white knight, first as a partner and then as sole owner. One was Charles Banks, an investment manager with ties to the sports world. The others were film producer Arnon Milchan and Gerald Levin, the former chief executive of Time Warner.

Their goal was to create a great cabernet estate within a two-hour Ferrari drive of L.A. After purchasing the 600-acre property, however, the original trio faced a rude awakening – high-profile consultant Frédéric Engerer of Chateau Latour declared that just five acres were suitable for the quality Bordeaux varieties cabernet sauvignon, merlot and cabernet franc. "One of the other investors asked, 'Okay, what are we supposed to do with the other 595 acres,' " de Maigret recounted. "The answer was asparagus."

Instead, they took a shotgun approach, planting 10 varieties instead of three, including syrah, viognier, grenache and Tuscany's sangiovese. In the fullness of time, they reasoned, one might prove successful, in which case the plan would be to dispense with the losers and regraft all the rootstalks with the winning vine. But Milchan and Levin soon bailed, prompting Banks to call in Kroenke.

The latter two also would make headlines in 2006 by buying tiny Screaming Eagle from founder Jean Phillips for an undisclosed sum rumoured to be $30-million to $40-million. Suddenly, Jonata (pronounced ho-NAH-ta), which had yet to release any product, was no longer a Hollywood folly in the dunes but a strategic prong in a serious wine enterprise.

Instead of regrafting, de Maigret says, the decision was recently made to keep all the original vines, even to add an 11th, and to mix and match grapes into a variety of blends.

In de Maigret, a Frenchman who grew up in a wine family in Champagne, Kroenke may have found the last critical asset needed to turn Jonata into the Screaming Eagle of Santa Ynez. A suave salesman with an unbridled gift for hyperbole, he sees his role not merely to sell Jonata as a stardust brand but to stimulate buzz for the entire southern region.

"The next frontier in California is, I believe, in that zone," he added, lifting a glass of his syrah-viognier blend called Sangre. "There is so much pleasure here that, you put a glass of this to somebody's face, there is no way that you cannot fall in love with it." 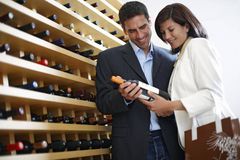 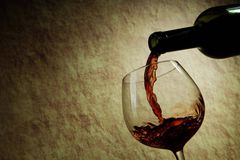 Why we need to take a cue from northern Italy and sip more bubbly wine
November 6, 2012 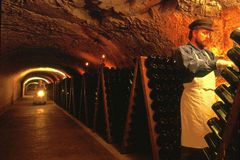