This doesn't come easy, but I'll say it anyway: For much of the population, professional wine recommendations are irrelevant.

Yes, there will be ungracious attacks from online readers who sense they knew as much already, but at least now the wisecrack brigade can cite science in its defence. Many nuances in wine – say, the vanilla richness of an oak-aged chardonnay or the astringent grip of a Barolo packed with the bitter tannins found in grape skins – are simply lost on many tongues.

A sensory study by Canadian and American researchers reveals that wine professionals, including critics, tend to possess acute tasting powers not as widely shared by the general population. The findings suggest that reviews in newspapers, magazines and blogs may be too fastidious for consumers unendowed with the biological ability to discern finer shades of flavour and texture.

"A wine critic may describe the balance between, let's say, sweetness and acidity, or sourness and astringency, or fruit and wood," said Gary Pickering, a professor of wine science at Niagara's Brock University and co-author of the study with John Hayes, director of Pennsylvania State University's Sensory Evaluation Center. "But the overall intensity of these sensations will be different for Joe Consumer, and that's a function of his biology. It's not because he's not clever or smart or verbose or because he lacks lots of experience."

The research, published this month in the American Journal of Enology and Viticulture, demonstrates something previously unproved but widely suspected. Wine experts are more likely than non-experts to be so-called supertasters.

The grandiose-sounding term refers to a genetic trait associated with a higher number of taste buds. A subject of considerable buzz in the gastronomy world, supertasting came to prime-time attention three years ago in an episode of The Simpsons, in which the bumbling Homer becomes a supertaster after his bratty son, Bart, tricks him into extinguishing a fire in his mouth with lighter fluid. (Don't try this at home, kids.)

The non-cartoon litmus test is a compound called propylthiouracil, or PROP. A filter-paper disc impregnated with the substance is placed on the tongue. If you sense strong bitterness, you're in Homer's camp, along with roughly 25 per cent of the Caucasian population. (The number skews slightly higher for people of Asian and African descent as well as for women.) If you're among the 25 per cent who sense nothing, you're a so-called non-taster. Mild bitterness means you're a medium taster, which accounts for about 50 per cent of Caucasians.

Dr. Pickering and Dr. Hayes administered the test to 330 wine drinkers in Ontario. One-third described themselves as wine professionals, including winemakers, retail workers and critics, while the other 220 qualified as non-experts. The upshot: Professionals were significantly more likely to be either supertasters or medium tasters.

Bitterness is just one sensation that elicits grimaces in supertasters, who, like George H.W. Bush, find such acrid vegetables as broccoli jarring. More interesting, PROP sensitivity has been linked to sharper discernment across a broad spectrum of tastes, including the fatty texture of dairy products and the fruit-acid balance in wine.

The link between supertasting and wine expertise may simply be a fluke, but it seems unlikely. The authors speculate that people with acute taste may "self-select" for careers in wine. It's analogous to human gazelles heeding the call of the basketball court and fashion runway. (If you're 5-foot-2, why bother?)

A non-taster can, of course, beat the odds by training. Five-foot-nine Isaiah Thomas of the Sacramento Kings overcame his height disadvantage with fancy moves to compete next to NBA giants. But now there's little doubt about the hardwiring effect among the pros.

The study would seem to raise a question, one I've long wondered about. Are wine experts naturally predisposed to dislike or favour certain wine styles over others? In other words, is there a broccoli factor with booze? That's the subject of a second, yet-to-be published component of Dr. Pickering and Dr. Hayes's Ontario study. Though they have yet to crunch all the data, Dr. Pickering says the bottom line is yes. "It looks as if supertasters do prefer different wine styles than non-tasters." He's not saying which just yet, but the results promise to be interesting.

The same team also has submitted a manuscript, still in peer review, on a larger study in the United States involving 1,000 experts in both the food and wine fields. Their question: Are chefs, food writers and other gastronomes just as likely as wine experts to be supertasters? It turns out that they're not. The foodies failed the PROP test just as often as the broader population. Meanwhile, the wine geeks once again skewed toward the bitter side, reinforcing the previous study's results.

That's something to think about next time you consult the critics. Unless you're Homer Supertaster, take the restaurant reviews to heart, and take the wine recommendations with a grain of salt.

Why can't wine critics choke down their biases?
November 24, 2011 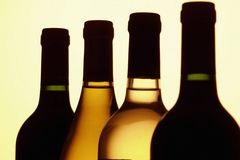 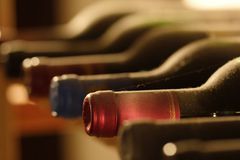 Will unglazed clay goblets improve 'economical' red wines?
February 15, 2012
How do I get the waiter to choose me to taste the wine?
January 25, 2012 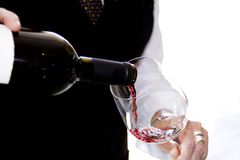 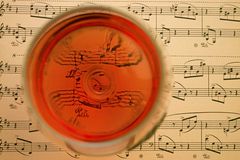 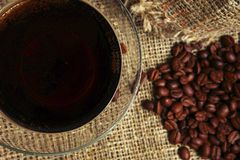