There is perhaps nothing more galling than flipping open a restaurant's wine list to find a $15 bottle that you know and love listed for more than $50. That's been happening to me a lot lately; where many Canadian restaurateurs are loath to price their chefs' cooking at levels that would make it profitable, they show no such restraint with wine prices. It's in-your-face enough to make some diners want to stick with Diet Coke.

In Calgary, Montreal and Toronto, many restaurateurs price their wines at more than three times cost, and it's getting hard to find a decent glass for less than $12. At Patria, a lushly designed and terrific Spanish restaurant on Toronto's prime King Street West strip, my go-to Spanish white, which costs $15 in the provincial liquor store, was marked up more than three times retail to $52 recently. A $105 wine from Priorat, one of Spain's most interesting red wine regions, cost $350 – nearly 31/2 times its retail price.

At CinCin, a well-known Italian spot on Vancouver's Robson Street, a bottle of Blue Mountain's beloved reserve chardonnay, which retails for $26, will cost you $79. And at Montreal's Joe Beef, one of Canada's best restaurants, co-owner David McMillan makes no bones about how he prices his list to encourage spending. Joe Beef's higher-end bottles often see less than a 100-per-cent markup. But watch out if you don't have that kind of budget. "On the low end, if the customer is drinking $35 wine I might even go to three times the retail price, or 3.2 times. I will not reward you for being thrifty at Joe Beef," he said.

What makes wine lists even more treacherous is how widely – and unpredictably – the pricing can vary. That old, value-driven injunction against buying by the glass doesn't hold true in many Canadian restaurants; it's often only slightly more expensive than drinking by the bottle. (There are five five-ounce pours in a standard 750 ml bottle. The math is easy.)

The rule against choosing a wine list's cheapest bottle – typically the most marked-up – has plenty of exceptions, too. And some of the country's fanciest restaurants – the places where logic suggests you're wisest to bring the black carbon credit card and ignore the prices – can defy stereotype with bargain-basement markups.

By cross-referencing scores of wine lists and speaking with restaurateurs from across the country, I've tried to make some sense of wine ordering, and to find some answers for how to drink well in restaurants without fear.

You get what you pay for (sort of)

Though it's tempting for customers with a little knowledge to try and calculate a reasonable wine price, it isn't always straightforward, said John Szabo, a Toronto-based master sommelier and wine consultant who has built lists in Toronto and Ottawa. Generally speaking, the fancier a restaurant and the better its service, the more the wine should cost, he said.

Wine markups typically pay for the linens on the table, as well as staff training, wine storage (cellars can cost tens of thousands to construct, not to mention the cost of the real estate they occupy and the capital their pricey contents tie up), higher-than-average food and labour costs (wine prices often subsidize better restaurants' menus) and pricey items many diners take for granted, like crystal stemware and decanters. "Oh God, we break at least a glass or two a day," said Kurtis Kolt, a top Vancouver wine consultant. "And sometimes awful things happen."

"When I do get upset is when I walk into a casual place, the wine is served in a tumbler, it's the wrong temperature, the server knows nothing about it and it's still a 300-per-cent markup," Szabo said.

At Patria, the Toronto restaurant with that $52 Spanish white, management assembled much of its wine list by travelling to Spain and ordering from the makers – an approach that requires no end of money and commitment. "It's not like other restaurants where they call their wine dealer and go, 'Hey, I need two more cases of xyz," said Hanif Harji, one of Patria's owners.

And overall restaurant margins are notoriously slim: Many in the business celebrate if they can hit 12 per cent before taxes and depreciation. "When you have a capital cost of $2-million for a restaurant, you've got to pay that back, and the shelf-life of a restaurant – a good restaurant – is five years that you're busy," said Harji. That's what wine sales do.

Where every other province controls the price of alcohol (and vastly inflates it to the government's benefit), Alberta's liquor market is ruled by simple supply and demand. "In Alberta, a restaurant can call up the distributor for a wine and they can bargain," said Mark Hicken, a Vancouver-based lawyer who specializes in the wine business. The upshot: Restaurants pay lower booze prices than ordinary customers pay in stores. "There's more room for the restaurants to profit," he said.

They do. At Model Milk, a popular restaurant in Calgary, the wine is typically priced at only double retail, so customers are happy – but it's triple the wholesale price, so the restaurant's also happy, said chef and co-owner Justin Leboe. Restaurateurs even sometimes get fire-sale wholesale deals on wines, which they can pass on to their customers. "It's a better long-term business model to pass on some of the savings," Leboe said. "You can slaughter a sheep once or shear it over and over."

The downside: As a restaurant customer in Alberta, you never really know if you're being sheared or slaughtered, as wholesale prices are closely guarded secrets.

When Vancouver Magazine surveyed 22 city wine lists for the price of Joie Rosé 2006, a superb – and ubiquitous – Okanagan wine, the results were impressive. The average markup was just 2.25 times retail, with several places, including Vij's and the Cactus Club chain coming in well below, and just one charging above three times the price.

Vancouver's average markup is just double retail, said Kolt, who runs the lists at several of the city's most popular restaurants. Kolt credited Vancouverites' wine savvy in part for the low prices – they know what wine costs, particularly popular bottlings from the Okanagan. And for better or worse (worse, I'd argue) B.C.'s thriving mid-priced casual-dining chains – Earl's, The Cactus Club and Joey among them – have shaped the province's perception of value, not just for booze but for food as well. It's still hard in B.C. to price an entrée over $30 at most restaurants, Kolt said.

One of the best ways to find value is to read through wine lists on restaurants' websites. Outside of Alberta, restaurateurs generally pay the same per-bottle cost as the public does, so markups aren't hard to assess. And though the growth of private wine agents, who generally bring in small lots of wine not available in government stores, makes the pricing picture more complex, their price lists are often public and eminently Googleable.

Where a restaurant's wine list isn't available online, don't be shy about requesting a copy by e-mail.

There are always deals

With BYOB laws in many provinces, some restaurants offer free corkage on slower evenings – they'll open the wine you bring from home without the customary fee.

In every city, there are outliers, too. Montreal's L'Express is known for stocking excellent wines with often minimal markups. Opus Restaurant in Toronto has a 52,000 bottle cellar and in 2010 won Wine Spectator magazine's coveted Grand Award. Yet Opus's markups are in many cases less than double, from the low-end through to high; Le Clos Jordanne's $30 reserve chardonnay goes for $59 here, and star Spanish winemaker Alvaro Palacios's cult-favorite 2006 L'Ermita retails at $799 but sells at Opus for $1,195.

Some restaurateurs aren't above discounting pricey bottles if customers ask, said Joe Beef's David McMillan; he'll sometimes mark down his top white Burgundies by 15 or 20 per cent. And other places like Toronto's top-rated Edulis hold weekly wine sales of a sort. Every Sunday at lunch, Edulis, which already has some of the lowest markups in the city, sells its full bottles for half price – a deal that puts them just a few points above retail.

Edulis's ingredient costs are low by industry standards and the real estate is cheap, so the sale prices don't hurt them, said co-owner Tobey Nemeth. "In terms of profitability it pretty much left us in the same place, but with a much more fun room and a much happier dining crowd," she said. 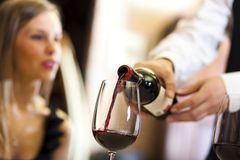 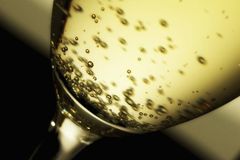 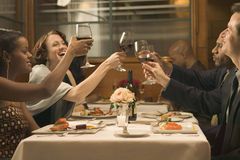 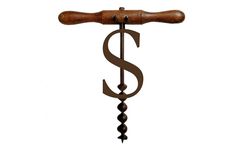