Italy has excelled lately at turning once-obscure wines into fashionable sips. Pinot grigio, the ultra-lean white, became so popular it brought on a torrent of global copycats. Affordable Prosecco stepped out of Champagne's shadow to help broaden sparkling-wine consumption beyond festive parties and Formula One victory showers.

Arguably more impressive, though, has been the ascent of Amarone, a high-octane, pricey version of cheap-and-cheerful Valpolicella. Virtually unheard of outside Italy in 1968, when its production rules were codified, Amarone inched along for decades, advancing from one million bottles annually to 1.5 million in 1997. Then it accelerated like a Lamborghini fuelled with nitromethane and grappa. By 2008, the number had shot to eight million bottles annually. In 2012, it had reached 16 million.

The wine's appeal dovetailed brilliantly with the world's – especially North America's – growing thirst for velvety reds. Few dry wines are as lush as Amarone. Occasionally reaching as high as 17-per-cent alcohol, it owes its power to an unconventional wine-making technique. After harvest, grapes from such local varieties as corvina, rondinella and molinara are left on trays in warehouses equipped with fans and large windows. Roughly four months later, when the berries have lost about half their weight to evaporation, it's turned into wine. Concentrated sweetness yields higher alcohol, while the shrivelled, leathery skins impart rich colour and seductive raisin-prune overtones.

"New people turned to Amarone who were drinking other wines, but also young people really like Amarone," said Marilisa Allegrini, president of the Amarone Families, a four-year-old trade group representing 12 of the more elite producers in Valpolicella, including her own Allegrini estate, as well as Masi, Tedeschi, Speri and Musella. "It's easy to understand. The characteristic raisin aroma is very pleasant and nice to match with food."

She's got a point. I can think of few "serious" wines that hold such instant appeal for new drinkers. Cellar-worthy yet supple and smooth, it's a great red for such hearty braised-meat dishes as short ribs and stews. It also makes a perfect end-of-dinner sipper, on its own or with hard cheeses or dark chocolate. My father considers it the greatest wine on Earth (though he might have a bias given that he grew up in the region).

Allegrini was in Toronto last week along with other members of her trade group to pour at a public event sponsored by LCBO's Vintages department. While I was eager to taste the latest releases, I was even more curious about the political subtext behind the Amarone Families.

"The wine became quite popular, but that's also when the speculation started," she said. Market speculation, that is. A flood of new offerings appeared, made by co-operatives and large industrial producers that had formerly focused mainly on $10 Valpolicella, the easy-drinking wine made from fresh rather than dried grapes.

Many of those new brands are based on fruit from the clay-soil plains generally reserved for basic Valpolicella, whereas good Amarone tends to come from well-drained, chalky hillsides northwest of Verona.

Recent entrants produced so much Amarone that a glut ensued, and that pushed down prices. Allegrini said she just saw an Amarone at Trader Joe's, a U.S. grocery chain famous for bargain-basement sales, listed at $16.99. That wine (I'm betting she's referring to Conte di Bregonzo) may sound pricey to the Pinot grigio set. But it's a steal for Amarone, which averages about $40 a bottle and, for elite single-vineyard releases, easily soars well beyond $60.

Good Amarone is costly to make. Besides the additional work associated with drying and ensuring the grapes don't fall victim to mould or bugs, the wine spends extended time maturing in oak and bottle before release. Whereas top producers are now rolling out their 2008s, less exacting wineries will be shipping 2011s come January, honouring the bare minimum legal requirement of two years of post-harvest cellaring.

Tantalizing as a $16.99 Amarone may be, it seems not to have driven down prices for the Amarone Families' lineup, frankly. The cheapest at last week's tasting was Tedeschi's introductory – and I must say excellent – Amarone Classico, at $39.95. The most expensive also came from Tedeschi, a $245 single-vineyard offering called La Fabriseria, bottled only in years when the weather fully co-operates.

If those higher prices make your nose bleed, as they do mine, there's always ripasso, a mid-range red that's a cross between Amarone and basic Valpolicella. It starts out as Valpolicella, then in January is mixed with the spent skins and stems used in Amarone production, which contain enough sugar to start a second fermentation and goose up the alcohol and body. Alternatively Valpolicella may be refermented with a small quantity of semi-dried Amarone grapes rather than the spent pomace.

Ripasso's popularity has been soaring, too, thanks to such fine examples as Tedeschi's Capitel San Rocco and Masi's pioneering Campofiorin (both $18.95). "We are lucky because we can produce many sorts of wines," said Sabrina Tedeschi, an export director for her family's estate.

There's more to Italy's Veneto wine region than Valpolicella
May 3, 2018 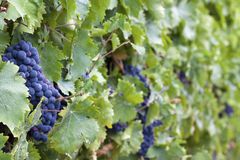 This red was Hemingway's pick (and it might your new favourite too)
May 8, 2018 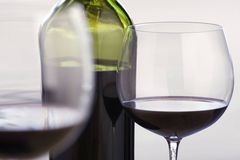 How to dodge high-calorie booze bombs
May 8, 2018
Follow Beppi Crosariol on Twitter @Beppi_Crosariol
Report an error Editorial code of conduct
Due to technical reasons, we have temporarily removed commenting from our articles. We hope to have this fixed soon. Thank you for your patience. If you are looking to give feedback on our new site, please send it along to feedback@globeandmail.com. If you want to write a letter to the editor, please forward to letters@globeandmail.com.
Comments