Ah, harvest time. Wouldn't it be nice to take a jaunt to wine country? But you can't. Jobs and geography (Lord knows Canada has plenty of geography) get in the way. How about an ersatz, Disney-like experience brought to you by your local liquor store.

Well, maybe not exactly Disney World, and maybe not your store. But if you live in certain parts of Ontario, you're in luck. The Liquor Control Board of Ontario has begun rolling out new in-store shopping areas with novel decor: weathered harvest-barn wood; a cozy kitchen-table tasting area just like at those out-of-the-way, boutique wineries; large-screen video loops of vineyard vistas and winemaker chit-chats. There will be food, too, provided by local bakers and chefs, as well as an expanded selection of small-lot wines previously unavailable from the government retailer.

Three Ontario Wine Country Boutiques have opened during the past 10 days – in St. Catharines, Niagara Falls and Windsor – with more to come over the next year and a half. The launch coincides with a month-long, provincewide promotion featuring 167 new products from 55 Ontario producers.

It's a shrewd move at a time when Canadians are increasingly taking to the Internet to purchase specialty wines directly from the source, skimming away at the monopoly's potential profit. And it comes as Ontario wineries, frustrated with limited access to finite retail shelf space, have begun beating the drum for private stores to compete with the LCBO.

"It's an opportunity for smaller wineries to elevate the profile of their products and for the LCBO to educate customers about the province's wine regions," said LCBO spokeswoman Heather MacGregor.

It will do that to a degree, which is nice. But it's odd, then, that the board chose a store on Glendale Avenue in St. Catharines, smack in the heart of Niagara, as its first location on Sept. 12. Don't the Niagara locals already know more than the rest of us about, and have easy access to, Ontario's best, small-lot wines? Sure they do. But to score political points with the domestic industry, you've got to cut the bright red ribbon on its front yard, not in the oeno-hinterlands of Thunder Bay or Sault Ste. Marie.

I'm only sorry there won't be B.C. or Nova Scotia products in the mix. I suspect there are other Ontario taxpayers who would support that sort of nation-building. After all, the term is "wine country," not "wine province." Below you'll find a few more new releases to go along with last week's picks from Ontario. (You can find my latest B.C. picks, posted this past Wednesday, on globeandmail.com.)

This is the top-end white from Cave Spring, about as close as it gets to an iconic wine in Niagara. Made from the concentrated juice of old vines, the 2009, at four years since harvest, is starting to show a trace of attractive, sherry-like oxidation. Certain riesling fans will find that attractive, as I do. Slightly off-dry, it's weighty for riesling, with rich peach, honey and lime framed by just-right acidity. Perfect for roast pork.

They produce many varieties now at Tawse, but cabernet franc was an early focus along with pinot noir and chardonnay. The grape continues to be a strength, crafted with a big tip of the hat to the archetypal cool-climate style of Chinon and Bourgueil in the Loire Valley. Medium-full-bodied and crisp, this red offers up vibrant berry and plum flavours and a dry texture with pleasantly sticky, fine-grained tannins. The grape's classically savoury, herbal essence here shows up more as tobacco and cedar (and that's nice) versus the Loire Valley's more common green bell pepper. Serve it with roast leg of lamb or mature cheeses. Available direct from the winery (www.tawsewinery.ca).

The Lenko family had been growers for two generations before Daniel founded this namesake winery in 1999. He's chiefly known for chardonnay but demonstrates a sure hand with this aromatic Alsatian white variety. Dry but knocking on off-dry's door, it's got a luxurious feel, with drippy lychee and stone fruit lifted by light spice and a floral quality. Smooth and interesting. Fine for lively Asian fare and for cheese.

Montreal native Thomas Bachelder used to manage viticulture operations at the respected Le Clos Jordanne in Niagara. He now crafts his own wines from three locations, including Oregon and Burgundy. This Niagara white is medium-full-bodied and poised, with pineapple, pear and citrus mingling with subtle oak and bright acidity. Versatile at the table.

Calamus boasts one of the more unusual-looking wineries in Niagara. It's a restored 19th-century barn. Nothing too odd about that, no. But the conspicuous dome that protrudes from its roof, which is sometimes mistaken for a grain silo, is a telescope observatory. Very cool. And so is this wine. It's light and dry, with lemon, lime and stone-fruit flavours gaining interest from a classic riesling whiff of petrol and flowers. Suitable for light, freshwater-fish dishes.

Full-bodied and round, this wine exhibits considerable oak influence, but there's fruit ripeness to support those nine months of barrel contact. A caramelized style, it leads with butterscotch, followed by toasty pineapple. Good chardonnay value for those who like them rich. Pair it with lobster, pan-seared fleshy fish or popcorn and a movie.

Full-bodied and smooth, this doles out berries and vanilla in a soft, subtly sweet, populist style. It could almost be a bargain red from Australia. Don't trot it out when a Burgundy collector comes to dinner.

Even a rosé from Brangelina doesn’t get much fanfare
September 7, 2013 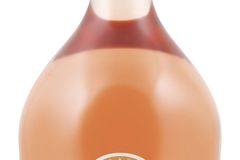 Some recent Ontario vintages that shine
September 12, 2013
This is one of the best Ontario chardonnays this year
March 26, 2013 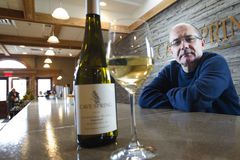