The question: My wife and I are building a new house. We are planning to include a root cellar, and I thought that this would also be an ideal place for my collectible wines. But our project manager has suggested that the wines, over time, would pick up flavours of the various vegetables, such as onions. Would this be true?

The answer: If that were true, then I'd suggest you ditch the onions and leave a glass of Lafite down there. That way your Gallo Hearty Burgundy will come out smelling like a first growth.

I hope you'll forgive the facetious remark (how could I resist?). To my knowledge, there's no hard science behind what your contractor said. In fact, there's not much science at all where long-term cellaring meets sensory nuance. Can you imagine the government-grant proposal? "Olfactory threshold of root-vegetable aromatics: a 20-year merlot analysis."

I once kept my precious stash in a cellar I'd mostly built myself out of 2-by-12 lumber joists and some pine. People advised me against it, and not just because I'm clumsy with a circular saw. They argued the wood would impart foul lignin odours to the wine. I moved out of that house a long time ago and am still drinking what's left of those wines. I'm happy to report I have yet to detect a note of lumber.

Onions can be more pungent, of course, but I believe the physics of the situation doesn't warrant much concern. Root vegetables, including onions with their skins intact, don't stink much. Besides, there's a lot of air in a root cellar to accommodate the odours they give off, with relatively few molecules per cubic centimetre compared with the smell of an onion held up close to your nose. And there are barriers in those bottle necks. They're called corks. Admittedly, cork is porous, but not dramatically so – otherwise it would not constitute a good seal in the first place. The amount of air that creeps into a bottle over 20 years is negligible. You can tell just how little by the small volume of liquid that evaporates over such a period leaving more and more air in the neck (an effect called ullage). I've got 20-year-old bottles whose fill level is still very much above the bottles' shoulders.

Besides, I've visited a few mouldy, smelly little wine cellars in Burgundy where old-school producers store their barrels. They're quaint but very filthy places with air as stagnant as my high-school gym's changing room. The wines might spend a mere year or two in those cellars before being bottled, but oak is porous, too, and those barrels are constantly being uncorked for sampling and blending, exposing the wines to plenty of rancid air. None of those producers or their well-heeled clients seem to find notes of fungus in their pinot noirs.

I might be concerned if you were storing open cans of turpentine down there or keeping a stable of sheep. But a few onions and rutabagas? If you're still queasy, just make sure to serve your wine with a dish cooked with plenty of onion. How's that for a symbiotic wine pairing?

E-mail your wine and spirits questions to Beppi Crosariol. Look for answers to select questions to appear on The Globe and Mail website. 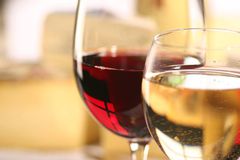 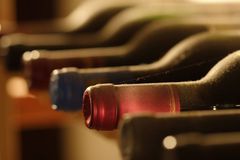