A long time ago, in what seems like a galaxy far, far, away, author Alice Munro was being profiled by a television crew. They asked if she would recreate for the cameras her favourite walk along a beach and she resisted, saying, if you film that, it no longer exists as my private walk.

We may claim to desire and even respect privacy, but in this oversharing world, we have gone a long way toward sacrificing our own privacy and violating everyone else's.

Consider the dichotomy raised in the Tiger Woods affair: On CNN's Showbiz Tonight, it was revealed that 78 per cent of respondents answered yes to a poll question of whether Mr. Woods "has the right to privacy."

And, of course, not one of those 78 per cent clicked on the hyperlink to hear the golfer's frantic voice mail or eyeballed his sexting messages, including one asking the lucky recipient to "send me something very naughty ... go to the bathroom and take [a picture]" Such hypocrites are we.

But I'll fess up. I've clicked on everything remotely clickable in this case, all the while gratified it wasn't MY voice mails or text messages being broadcast: "Martin, can you stop at that cheese shop on the way home, not the big one but the smaller one with the canopy, and pick up some parmesan, but don't get the grated kind, just get one whole chunk, and maybe we should also get olives...." Okay, sexting it ain't, unless you're really hungry.

No matter what's on your voice mail, we may be missing the point in a debate about whether an embattled public figure deserves privacy: It's not their privacy we should be concerned about safeguarding, it's ours.

Slowly, and then quickly - because that's how technological innovation spreads - we have erased the line between public and private, creating a look-at-me society in which people no longer think twice before tweeting about the panini they had for lunch or whether they feel bloated. You're just living the online life.

Writer Hal Niedzviecki, author of The Peep Diaries, has described this culture as one of "mass voyeurism in which we get more and more of our kicks from peeping in on the entertaining foibles of the real lives of others; at the same time, we become more and more amenable to others peeping in on our lives."

But do we viscerally understand that this could represent the end of privacy as we know it? Parents post a YouTube video of their adorable little boy comically coming out of anesthesia after a dental appointment and it becomes a huge hit. Women start up sites bashing unfaithful boyfriends. University kids post endless drunk and happy pics of themselves.

Canada's privacy commissioner has issued crisp alerts about the vulnerability of our personal information on social-networking sites. One report on the commissioner's website from CommonSense Media says that while 66 per cent of teenagers use privacy controls on their online profiles, 39 per cent have posted something they later regret and 22 per cent of teen girls have posted "nude or revealing photos of themselves." CommonSense urges parents to explain to their kids "that nothing is really private." But it's not just kids: According to the privacy commissioner's website, the fastest growing segment of Facebook users are in their 30s.

It's astonishing when you think about it. I have met someone at a party and hours later, in front of my home screen, been able to determine whether he was snowing me when he described himself as one of the world's "leading astronomers," not to mention seen pictures of his girlfriend and their latest camping trip. If I can do this detective work, does anyone ever need to hire the services of a private investigator again?

Betrayal today is such a casual occurrence. Someone can - and undoubtedly will, if you're Tiger Woods - save your compromising voice mail and flip it to the media in a heartbeat. Ordinary people forward private e-mails all the time. (Claiming bragging rights, parents are as guilty of violating their children's privacy as their children are of exposing too much, group e-mailing a "touching" or "insightful" missive from their kid abroad. Did they ask the kid first?)

We can still gamely try to hold the line on our own privacy, but we should assume that with technology as the universal peeping Tom, even if we're not rich and famous, any transgression has the potential to become public at any moment. 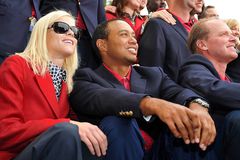 Be blunt with kids about the perils of sexting
January 20, 2011