"I'm not getting a divorce," states Gail Vaz-Oxlade, who separated from her husband a year ago.

The two worked out a separation agreement on their own and took it to a lawyer - the most inexpensive route possible.

Still, getting a formal divorce is just a piece of paper from the court, a negligible cost once the terms of separation are agreed upon.

"How much would it cost, do you think?" the 50-year-old financial guru asks. "A thousand dollars?"

"I'm not spending the money!" cries the host of the Til Debt Do Us Part television show and author of a new book, Debt-Free Forever: Take Control of Your Money and Your Life. She unleashes a peal of laughter, gleeful as someone who has just won the lottery. "That's a thousand dollars! I can buy a divorce or I can buy hundreds of books. It's not just a thousand dollars. It's what else can I do with that money. What do I need a divorce for?"

"I'm not taking the risk," she booms.

There have been three failed marriages so far. "I'm done now," she says. (Her hyphenated surname is a combination of her maiden name and her first husband's surname. "I couldn't keep adding the husbands because the name wouldn't fit on a credit card," she jokes.) "The first marriage lasted a year, the second, nine years, the third, 18 years. Do the math. The next one has to be 27. Too long!"

What if her ex wants to remarry?

"Then he can get a divorce. Go ahead! He can pay for it."

Ms. Vaz-Oxlade stands squarely in the no-nonsense zone of midlife. "Someone told me to Botox out this line," she tells me at one point, pointing to a crease between her eyebrows. "It makes me look fierce. My response?" A wide grin lights up her face. "Fuck off! It's who I am."

The mother of two drops expletives into the conversation as easily as endearments.

"If your cash flow can't stand a half-a-point jump in your mortgage rate or a point because you are strapped so tightly that right now you are house poor, you are going to be house poorer come the next change in the economy. There is no way that we can live with these interest rates forever. They can't stay this low forever because they're the lowest they've ever been. The only place to go is zero."

Ms. Vaz-Oxlade is an accidental guru. Her approach to personal finance is common sense, she says. She never went to university and "fell into money" as a career. Born in Jamaica, she grew up "in great privilege." Her father and grandfather owned a hardware and lumber business as well as gas stations. A chauffeur drove her everywhere. She lacked for nothing. It was simply her personality that made her interested in money, she says. When she was 14, her father told her he would match every penny she saved. In addition to her allowance, she saved her lunch money. "I hadn't eaten at school for five months," she says, laughing. "He was going to double my money!"

At 17, she and her late brother immigrated to Canada with their parents. She went to work as an administrative assistant and later moved to a marketing role when told she could earn more money. It was then that she discovered her knack for synthesis, which is how she describes her skill as a financial expert. A banking client asked her to write a product-knowledge training manual for registered retirement savings plans. Soon, she was writing all their technical material across a range of products and services. A few years later, she began writing freelance columns for various news outlets. At her peak, she was writing 27 columns a month.

Next came an about-face. "I quit. I dropped off the map," she says of her decision in 2003 to move with her family to Brighton, Ont., two hours east of Toronto. "I was burnt out. I thought, 'If I have to write one more word about what an RRSP is, I'm going to kill myself.'" She mucked out the horse stalls in her barn, volunteered at her children's school and let her former husband, who works in food services, make the money.

She lasted two years. "One day I was in my paddock, and I throw my arms open like this" - she demonstrates her stance, lifting her face to the heavens - "and I say, 'Okay, I've had enough of this now. I need a job. I don't know what my job should be. I have no idea what I am going to do next, but I want to do something different. So find something, okay?'"

Reportedly, the heavens responded. That day, an invitation to host Til Debt Do Us Part, a show in which she helps couples address poor money habits, arrived by e-mail, she says. She had no ambition to be on television. But a production company considered her a good choice because of the persona she had built up through her print journalism. A change in her approach to money (due to witnessing a close friend die) helped her counsel people on the show about focusing on what really matters to them. "Up until then, I was very security oriented," she explains. "But I realized that you have to not only take care of the issues so that you have the money, but you also have to have a great life … If we can't learn to appreciate the life that we have and enjoy the small joys then we'll continue to sacrifice what we do have for what we think we need. It's a losing game."

Her life is simple. She doesn't buy many clothes and only wears make-up on television. She could never buy a luxury car. "My Chrysler van has everything I need." She cooks. She works hard but on her terms. Tired of Til Debt Do Us Part after seven seasons she said she would do one more if the network (Slice) agreed to give her a new show. Princess, a show about helping twentysomething women with money management, airs next September. She has also been approached by CNBC in the United States about doing a show. Despite her success on television, she only agrees to hosting and refuses to start her own production company, even though people have suggested it. "I don't need the aggravation."

She doesn't want to have a media empire like Oprah Winfrey?

"No," she retorts. "Because I don't think that Oprah is any more happy than me." 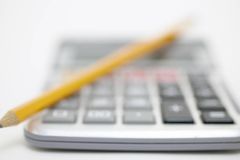 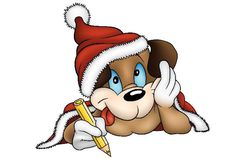 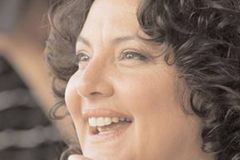 Follow Sarah Hampson on Twitter @Hampsonwrites
Report an error
Due to technical reasons, we have temporarily removed commenting from our articles. We hope to have this fixed soon. Thank you for your patience. If you are looking to give feedback on our new site, please send it along to feedback@globeandmail.com. If you want to write a letter to the editor, please forward to letters@globeandmail.com.
Comments