It's tough to go online these days without seeing a diatribe against helicopter parents.

After all, they're the germaphobic, nanny-cam-using, teacher-stalking mothers (and fathers) everyone loves to hate.

News reports have been scathing. Time magazine called the overparenting trend "insanity;" CNN warned of chopper parents who "fly into school in attack mode," and USA Today profiled summer camps that give overprotected kids a "parentectomy."

Adults who micromanage their children's lives are made out to be neurotics.

But according to a cadre of authors and scholars, hypervigilance is often a rational - if misguided - response to dramatic changes in major social institutions

"If there's a personality [type]attached to it, I didn't find it," says Margaret K. Nelson, a sociologist at Middlebury College in Vermont, who interviewed parents across the United States about their attitudes towards child rearing.

Hyperparenting is a class-related social phenomenon, Dr. Nelson concludes in her new book, Parenting out of Control: Anxious Parents in Uncertain Times.

In most middle-class neighbourhoods, parents would be ostracized if they left a child unattended in a playground, she points out. "If you don't want to be this kind of vigilant parent," she says, "other people are going to make your life pretty hard."

Her research suggests that hovering has become the norm in affluent, highly educated households, and that other social groups have followed suit.

Being the norm doesn't make it healthy. "The emphasis is on controlling children," Dr. Nelson says.

Parents who are too enmeshed in their kids' lives produce clingy, risk-averse children, according to psychologists and books such as Carl Honoré's Under Pressure: Rescuing Our Children from the Culture of Hyper-Parenting.

Convincing evidence came this past spring in a study touted as one of the first to define helicopter parenting and measure its effects.

Neil Montgomery, a psychologist at Keene State College in New Hampshire, surveyed 300 first-year college students and found that children of helicopter parents tended to be more vulnerable, anxious and self-conscious than their peers, as well as less open to new ideas.

News outlets pounced on the story.

One of the study's few critics was Lenore Skenazy, pioneer of the "free-range kids" movement. According to the criteria used to define a helicopter parent - such as staying in town the first night a child moves to college - she herself would qualify, Ms. Skenazy said.

Moreover, she wrote at Freerangekids.com, studies that attribute a young adult's personality and outlook on life solely to parental care are "so simplistic as to be meaningless."

As targets of parent-bashing, "smother mothers" have traded places with the absentee guardians of "latchkey kids," Dr. Nelson says.

The rise of 24-hour news on cable networks and online coincides with the overparenting trend, notes Amy Tiemann, editor of the book Courageous Parents, Confident Kids: Letting Go So You Both Can Grow.

Fear-mongering about potential safety threats, combined with big business, fuel a "mommy market" of kids' products now worth $2.1-trillion in the United States, Dr. Tiemann says. They include everything from shopping cart covers to protect babies from germs to GPS devices for parents to tuck into their kids' backpacks.

"Who knew that a cold baby wipe on a baby's bottom was a problem until someone invented a baby-wipe warmer?"

Courts favour the more involved parent in custody cases, she explains. Divorce lawyers advise clients to learn the names of their child's teachers and friends, take the kid to soccer games, or better still, start coaching the team.

The talk you must have, right now

Desperate to win custody, parents go overboard, she says. "It becomes this race for involvement."

Schools complain about parents who keep teachers on speed dial, even as they demand unprecedented levels of parental involvement. Homework starts as early as kindergarten. Next come science projects, school fundraisers and field trips that rely on parents as volunteer chauffeurs.

In the past, straight As were enough to get a high-school student into a respectable university. Today, admissions officers favour applicants who engage in a frenzy of extra-curricular activities that often tax parents' time and money.

The urgency about getting into college isn't just in parents' well-educated heads.

A record number of high-school seniors - 3.2 million - graduated in the United States last year, and university applications are at record highs in Canada, the U.S. and Britain. To get children into a decent college, Dr. Nelson says, "you have to be working with your kids from a very early age."

Hypervigilance may exhaust parents and infantilize kids, and parents who track an adult child's every move via Facebook or Twitter may need therapy.

But next to the hostility and mixed messages coming from today's social institutions, Dr. Tiemann says, the majority of parents with hovering tendencies don't seem so crazy.

"It's easier to point a finger at a parent than to say, wow, we need to change the whole system," she says.

How to turn a kid's day at the office into an adventure
April 28, 2018
What to expect when your child's expecting company
April 28, 2018
Here's how to survive your kid's freshmen year without all the handholding
April 30, 2018
Facts & Arguments
The language of modern parenting
May 2, 2018 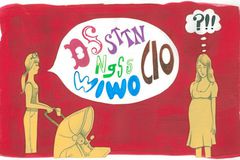 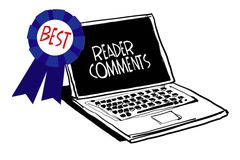